Wealthy Gulf state pledges to provide every Gazan with an Iftar meal, amid reports of a thaw in relations between Egypt and Hamas GAZA CITY - Iftar is the evening meal when Muslims end their daily Ramadan fast. The meal, shared at sunset, is a time when families gather to celebrate what they have and reflect on those less fortunate.

Iftar in Gaza this weekend was unique. Qatar, a tiny oil-rich Gulf state, invited all of Gaza’s 1.8 million people to an open-air meal in the besieged coastal enclave.

With Ramadan taking place this year during the hot summer days of June and July - the day's fast lasts 16 hours - the free meal was welcomed by many.

In Gaza City, 24-year-old Ibrahim al-Rantisi sits cross-legged in front of a dish of rice and a bowl of dates, enjoying a moment of reflection while breathing in the sea air blowing in over the fields from the Mediterranean.

“As Palestinians, it is good that we have the chance to sit quietly, and happily enjoy the Iftar meal together,” he said.

Rantisi recalls how, this time last year, rockets were raining down on Gaza City during a fierce Israeli assault on Gaza. He sees Qatar’s humanitarian intervention as a sign of solidarity for the suffering of the Palestinians.

This was the largest number of people he had seen show up for a public Iftar.

“We are happy that we are remembered, this year, by our brothers in Qatar,” he said.

Over the years, there have been similar Iftars organised by different NGOs, but this Ramadan marks the first year for a mass-Iftar in the open air, in different locations across the coastal enclave which includes Gaza City, Khan Younis and Rafah.

The mass meal was organised by the Sheikh Eid bin Mohammed Charitable society, an Islamic charity belonging to a Qatari royal family member, who has helped fund similar Iftars for people fasting in 36 countries across Africa, Asia and the Middle East.

The aim of the event was to show solidarity and make moves towards ending the nine-year Israeli-enforced blockade on Gaza, said Burhum Al-Qarra, coordinator of the Qatari organisation.

News of the meal was disseminated through mosques in the Gaza Strip. Thousands of families who lost their homes last year, and were displaced during Israel’s 51-day assault, attended.

On social media however some Gazans criticised the Iftar.

“Why didn’t the organisers just send meals home to families?” one man posted on Facebook. “That way women could have been included and people wouldn’t have had to stand in line for hours to receive their meals.”

Qatar and Turkey are among the most active Middle Eastern states offering support to Gazans during the holy month of Ramadan.

Ismail Haniyeh, a senior Hamas politician, who attended the Iftar in Gaza City said he saw positive signs that “some regional forces were opening up to Gaza,” and hinted that the relationship between Hamas and Egypt is improving.

In recent years, the relationship between Cairo and Hamas has come under strain, with Hamas being accused of supporting Egypt’s former president Mohamed Morsi, a member of the Muslim Brotherhood, which Hamas is part of.

Hamas’s leadership is currently headquartered in Doha where its leader, Khaled Meshal, fled to from Damascus when his movement decided to support the Syrian uprising against President Bashar al-Asad.

Ala Al-Kahlout, 26 years old, says that in other Arab states such public Iftars are often organised but Gaza has always been excluded, and forgotten, despite being under nine years of Israeli blockade.

“I wish for other Arab and Islamic states to follow in the footsteps of Qatar - Gaza is besieged and we are happy to feel this solidarity." 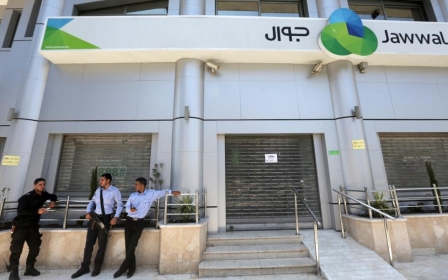