Hasan Minhaj's criticisms of crown prince, Khashoggi's murder and the war in Yemen unavailable for people in the kingdom after legal complaint 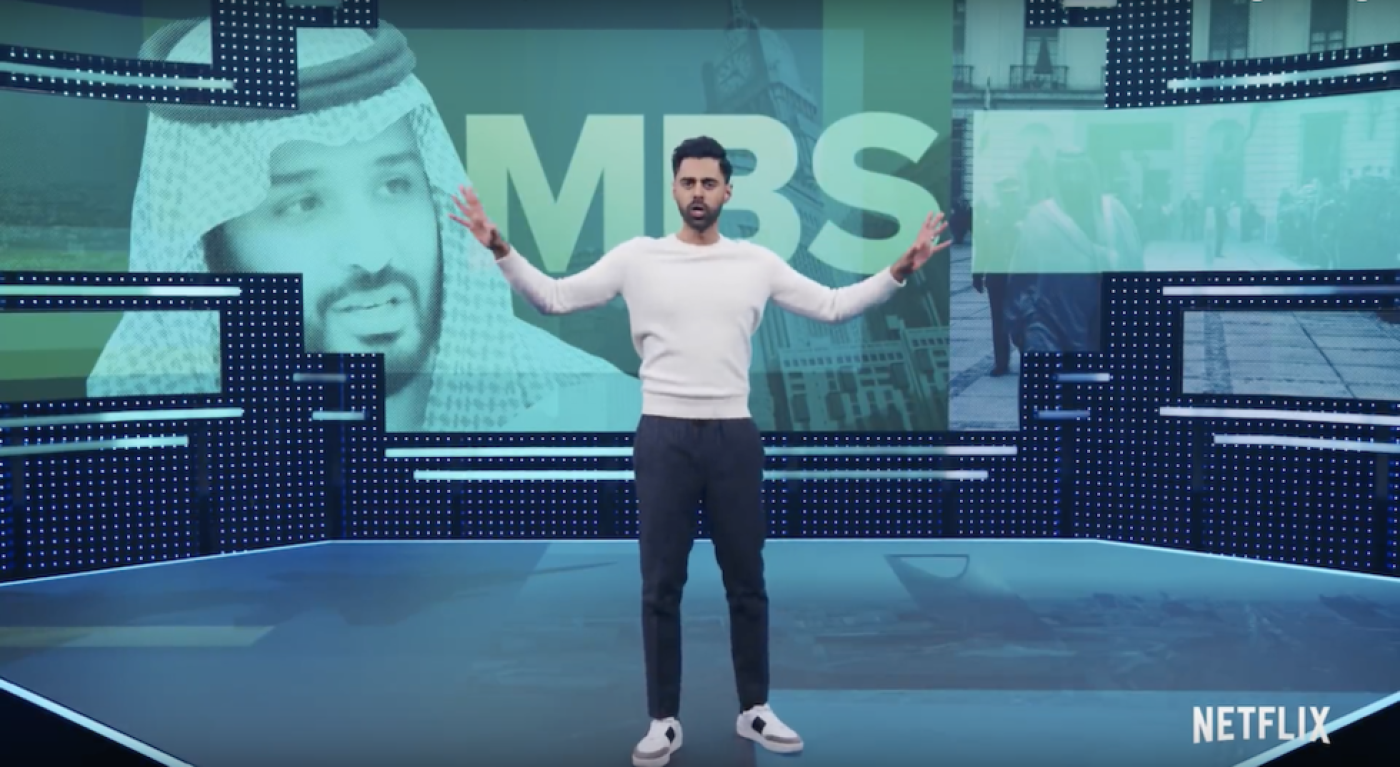 Netflix has removed an episode of comedy show Patriot Act with Hasan Minhaj for viewers in Saudi Arabia after the country complained about the host's criticism of its war in Yemen and the killing of journalist Jamal Khashoggi, the Financial Times reported on Tuesday.

According to the FT, the streaming site confirmed it had removed the episode, which is described on the website as: "Hasan exposes grim truths about Saudi Arabia and the charismatic crown prince known as 'MBS [Mohammed bin Salman].'"

The decision followed a complaint made by Saudi Arabia's Communications and Information Technology Commission on the grounds that the episode violated the anti-cyber crime law against "material impinging on public order, religious values, public morals, and privacy".

Under Article 6 of Saudi Arabia's anti-cyber crime law, “production, preparation, transmission, or storage" of such material "through the information network or computers” is punishable by a five-year prison sentence and a 3m Saudi riyal ($800,000) fine.

In the episode, the comedian takes aim at the kingdom in the aftermath of Khashoggi's assassination inside the Saudi consulate in Istanbul on 2 October.

Both the Saudi-led war in Yemen, which he calls “the biggest tragedy of the MBS era”, and the crown prince himself come in for criticism. Minhaj calls for American ties to the oil-rich kingdom to be placed under the spotlight.

“Now would be a good time to reassess our relationship with Saudi Arabia. And I mean that as a Muslim, and as an American,” he says in the episode.

Netflix defended the decision in a statement, saying: “We strongly support artistic freedom worldwide and only removed this episode in Saudi Arabia after we had received a valid legal request - and to comply with local law.”

The report has provoked a response from many prominent figures on social media.

"Wow. When Netflix censors material on behalf of Mohammad bin Salman," tweeted Iyad el-Baghdadi, a Norway-based human rights activist. "Many of us Arabs were very excited when Netflix launched its MENA division, because we thought this is a way in which we can bypass censorship. I guess there's the end of that."

"Money always comes ahead of principles. Corporatism is a pillar of the structure of power that keeps us pinned down," he added.

Others on social media shared Baghdadi's concern, wondering how much influence Mohammed bin Salman had over Netflix.

Shame on @netflix for taking down the episode of @hasanminhaj's @patriotact on MBS, the war in Yemen, and Saudi influence following a request from Saudi Arabia's government that the piece allegedly violated the country's cybcercrime legislation https://t.co/Oy2S2trHSi pic.twitter.com/0l5LnmZZiL

Among those criticising the move was Karen Attiah, the Washington Post's global opinion editor, who became a fierce critic of the Saudi leadership when her paper's columnist Khashoggi was murdered by Saudi operatives. The CIA has concluded that Mohammed bin Salman was almost certainly responsible for the operation.

.@hasanminhaj of @patriotact has been a strong, honest and (funny) voice challenging Saudi Arabia + Mohammed bin Salman in the wake of #khashoggi’s murder. He brought awareness about Yemen.

Quite outrageous that @netflix has pulled one of his episodes critical of Saudi Arabia.

The assassination has also placed Riyadh's role in the disastrous war in Yemen, which has pushed 14 million people to the brink of famine, under closer scrutiny. US Congress members are pushing to halt all Washington's support for the Saudi-led coalition fighting in the conflict.