A private jet is covertly flying between Tel Aviv and Abu Dhabi, which are said to be engaging in high-level trade in the security sector 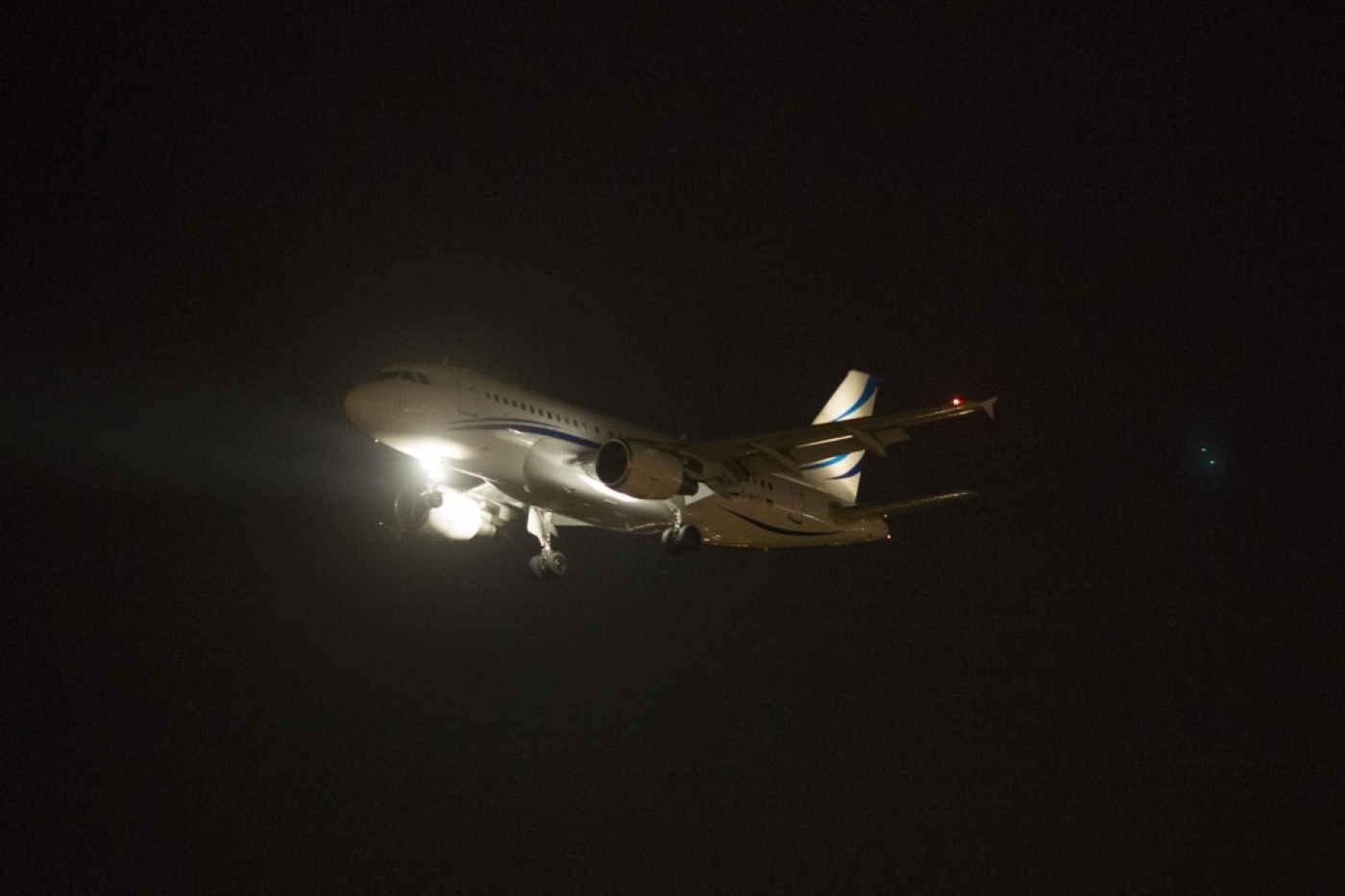 A private jet is flying between Tel Aviv and Abu Dhabi up to twice per week, an analysis of publicly available data has revealed.

Analysts said the news lends weight to the “open secret” that the UAE is “actively collaborating” with Israel due to shared concerns about their future in a region racked by conflict.

Relations between Israel and the Gulf states are sensitive due to the ongoing occupation of the Palestinian territories, popularly opposed by Gulf nationals, and none of the monarchies have official diplomatic ties with Tel Aviv.

Israeli daily Haaretz first reported a plane flying between Israel and an unspecified Gulf state earlier in December. After initially not responding to requests for comment, the article’s author told MEE he “cannot go into why” the newspaper did not publish the UAE as being the destination.

The flight between Ben Gurion Airport in Tel Aviv and Abu Dhabi International Airport is operated by the Geneva-based private airline PrivatAir, on an Airbus A319 registered with the tail-number D-APTA.

The plane leaves Tel Aviv on flight number PTG 315, with Jordan as the stated destination, although the Queen Alia Airport in Amman does not list its arrival. Jordan is one of the few Arab countries to have diplomatic ties with Israel.

While online flight radars have showed the flight departing Tel Aviv, and stopping briefly at Amman, they then depart for Abu Dhabi. - See more at: http://www.middleeasteye.net/news/secret-flights-linking-israel-uae-reveal-open-secret-colaboration-2109188634#sthash.l2CdwvNI.dpuf

While online flight radars have showed the flight departing Tel Aviv and stopping briefly at Amman, they then depart for Abu Dhabi.

The private jet leaves Amman under the callsign – a plane identification number – of PTG 126 but its arrival in the UAE is not listed on Abu Dhabi International Airport’s website.

A recent trip saw an outbound flight take place from Tel Aviv to Abu Dhabi on 16 December. The plane returned from Abu Dhabi on 18 December using the callsign PTG 124 until Amman but then arrived at Ben Gurion on flight number PTG 313.

Neither the departure from Abu Dhabi nor the arrival at Amman is listed on each respective airport’s website.

Only Ben Gurion acknowledges the plane’s arrival and departure – the next flight is due to depart Tel Aviv at 10pm local time (2000 GMT) on 27 December using flight number PTG 315.

PrivatAir registered the Airbus A319 under their ownership on 5 March 2014 and made the first trip from Tel Aviv two days later.

The plane can hold up to 56 passengers, according to PrivatAir’s website, and is kitted out with eight business class seats around two tables at the front.

When contacted by MEE PrivatAir said they could not divulge any information about the identity of their client.

“Unfortunately the information you have requested is confidential as it concerns a private client,” a spokesperson said. “We have to remain discreet and cannot provide you with any details regarding this operation.”

The private airline did not answer whether AGT International – a Geneva-headquartered company owned by Israeli businessman Mati Kochavi – was their client.

“Innovative oil and gas solutions [that] deliver real-time situational awareness which ensures the safety and security of people, critical assets and operations, superior control of incidents, emergencies and crises, and business continuity.”

Israeli entrepreneur Kochavi first made his fortune in property before moving into the security field. He has reportedly employed “dozens” of former Israeli army and intelligence officers, according to Haaretz, and recently launched media outlet Vocativ.

When contacted by MEE, AGT International said they did not have a press office and would not comment on whether they were PrivatAir’s client on the Tel Aviv-Abu Dhabi flight.

Trade between Israel and the UAE must be approved by the political leadership on both sides, according to political economy experts on the region.

“The relationship is high-level and the business has to be done with the blessing and participation of state actors but, of course, nobody admits this – the trade is conducted entirely through third-party channels,” said Yitzhak Gal, professor of political economy at Tel Aviv University.

“Nobody has any statistics because the trade is covert but I estimate there to be around $1bn per year, possibly more, with between a third and half of this business taking place in the security sector – it’s not a small amount but it’s only a fraction of the potential trade.”

While Israeli citizens are officially barred from entering the UAE, a leaked diplomatic cable by Wikileaks from 2009 revealed positive high-level ties between political leaders from both countries.

“[UAE ] Foreign Minister Sheikh Abdullah [bin Zayed al-Nahyan] has developed good personal relations with [then Israeli] Foreign Minister [Tzipi] Livni, but the Emiratis are ‘not ready to do publicly what they say in private’,” read a briefing by Marc Sievers, then political advisor to the US embassy in Tel Aviv.

The cable also detailed relations between Israel and Saudi Arabia, as well as describing how covert Israeli ties with Qatar had soured due to the latter’s support for the Palestinian movement Hamas.

“Gulf Arabs believe in Israel’s role because of their perception of Israel’s close relationship with the US but also due to their sense that they can count on Israel against Iran,” the cable read.

“They believe Israel can work magic.”

Secretive Israeli-Emirati ties – including the sale of security equipment to Abu Dhabi – may have been aided by the presence of exiled Palestinian strongman Mohammed Dahlan in the UAE.

Dahlan lived in the UAE since being chased out of the West Bank in 2011, accused by Palestinian Authority President Mahmoud Abbas of financial embezzlement and acting as an Israeli agent involved in assassination attempts on the late Yasser Arafat.

Dahlan is said to have helped foster valuable relations between the UAE and Serbia and was allegedly involved in shipping Israeli-made arms to former Libyan leader Muammar Gaddafi.

After initially agreeing to be interviewed by MEE, Dahlan declined to comment on UAE-Israel relations.

The secret is out

The flight between Tel Aviv and Abu Dhabi has not been specifically reported on until now but airline industry experts said there can be no doubt other Gulf states will have been aware of it taking place.

The journey involves the private jet flying through Saudi, Qatari, and Bahraini airspace after departing from its brief stop in Amman.

“They [Saudi Arabia, Qatar and Bahrain] definitely would know where the plane has come from,” a private jet pilot, who asked to remain anonymous, told MEE.

The pilot told MEE it was “very common” for private airlines to operate covert flights between countries who publicly deny having relations, explaining that “aircraft operators can get special dispensation depending on which kind of person is flying – perhaps a politician or influential businessman.”

“We sign so many confidentiality agreements – you’re dealing with extremely powerful people. Phones get tapped and all sorts of things go on when you’re flying these people. Operators have to be very careful.”

Israel has previously had trade missions in Gulf states, including in both Qatar and Oman during the 1990s, however both were closed down due to bloody Israeli army offensives in the occupied Palestinian territories.

Earlier this year, in the absence of official diplomatic relations, Israel opened a Twitter account to engage with Gulf citizens. @IsraelintheGCC has been used to open “dialogue with people” from the Gulf monarchies, a spokesperson for Israel’s foreign ministry told the Financial Times.

Analysts responded to news of a regular flight between Tel Aviv and Abu Dhabi by suggesting it provided further evidence of a good relationship borne out of shared interests.

“It seems to lend more weight to the now open secret that a number of Gulf states, most notably the UAE, are actively collaborating with Israel, especially in the field of high-tech security,” said Christopher Davidson, reader in Middle East Politics at the UK’s Durham University.

“As unpalatable as this may be to many pious and well-meaning Gulf citizens in the wake of this summer’s Gaza massacres, this is doubtless a symptom of declining trust in the UAE and Israel’s mutual US security guarantor.”

Davidson added that Israel, the UAE, and other Gulf states see a need to “band together as they face an increasingly turbulent future.”

The US has long been a vital ally for both Israel and the Gulf states. For the Gulf monarchies, with their resource-driven wealth, they have invested heavily in the American arms industry in a quid pro quo deal for diplomatic and security protection.

Both Israel and Gulf monarchies have expressed concern over the recent US détente with Iran and are said to be worried about being left exposed to security threats in a distinct period of tumult in the Middle East and North Africa. 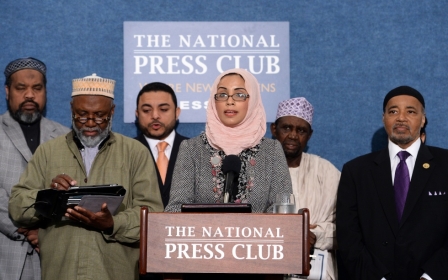