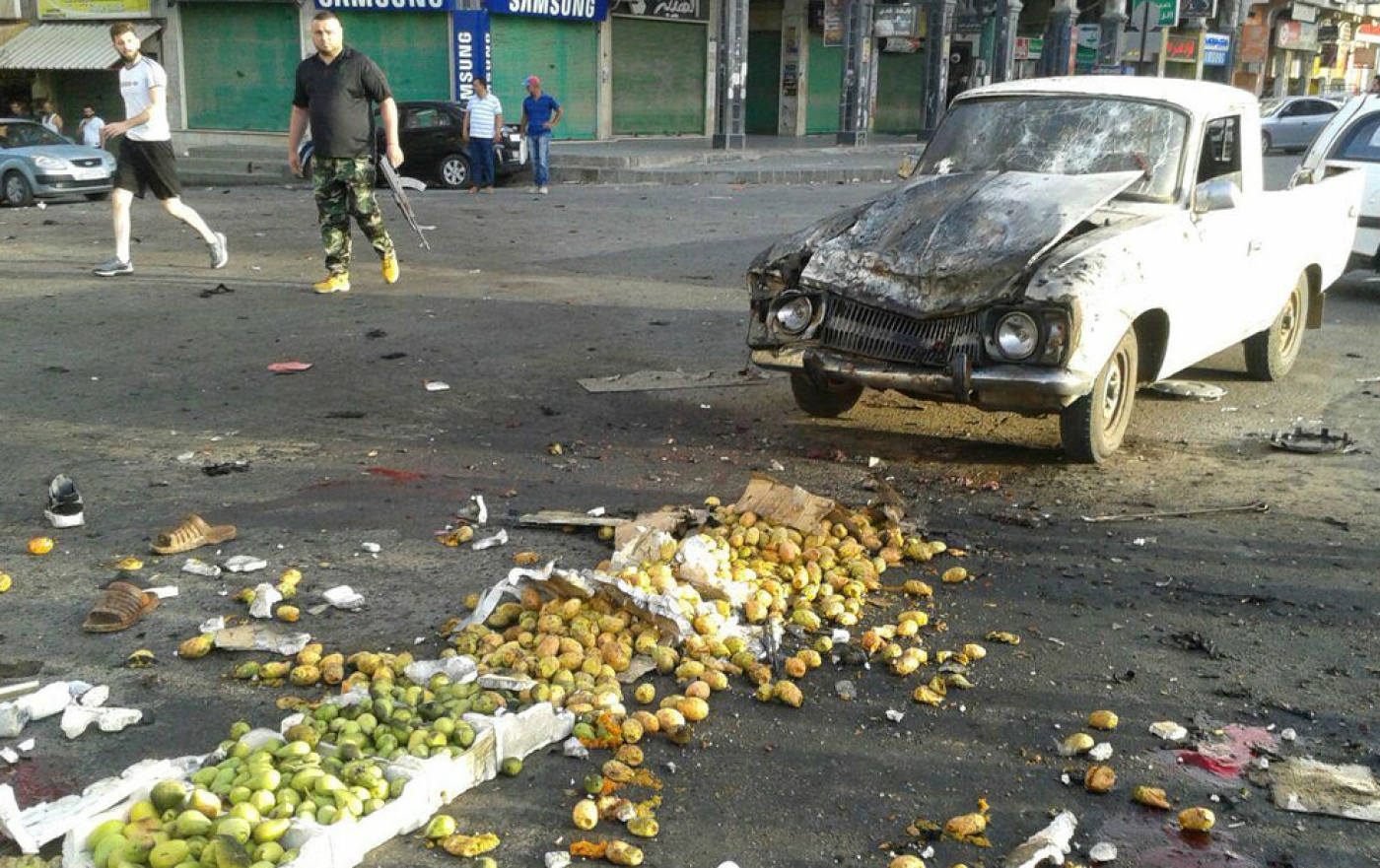 Muhannad Shihab al-Din, a carpenter in his forties, was working at his shop in Sweida in southern Syria when a white van reportedly drove up outside.

Syrian government security forces are said to have stormed the establishment and, according to local activists, “kidnapped” Shihab al-Din in broad daylight.

The Syrian Network for Human Rights (SNHR), a rights documentation group, said in a recent report that members of a “military security branch” had carried out the kidnapping last month, though residents inside Sweida say they are not entirely sure which group is responsible.

The next day, his elderly mother appeared in a video on social media tearfully demanding her son's release.

Meanwhile, several dozen protestors gathered on a main street in Sweida that week, bearing signs that read, “Freedom for prisoners of conscience”.

The father of four is known among residents in Sweida as a pro-opposition activist, often taking to Facebook to voice his views on the Syrian government and ongoing war - though his Facebook account was deleted after his disappearance, according to a local activist.

Shihab al-Din has not been heard from since the reported kidnapping occured more than two weeks ago.

Syria’s only majority-Druze province, Sweida has been spared the same scale of devastating violence, fighting and mass detainment that has rocked communities elsewhere in the country over the course of Syria's eight-year civil war.

The province last made international headlines nearly a year ago, when Islamic State fighters waged a brutal attack on Sweida, killing more than 200 residents and taking more than two dozen women and children hostage, according to local media. 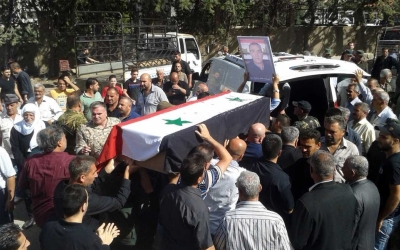 In the months since, those living in Sweida, as well as former residents with friends and family still in the province, tell Middle East Eye that the security situation has continued to unravel.

Some activists and journalists now hardly leave their homes, they say, out of fear of arrest or abduction.

Shihab al-Din’s case is only the latest abduction - whether by Syrian government security forces, or by local criminals seeking ransom money - to rattle what had previously been a longtime sense of relative calm.

The SNHR has recorded 208 cases of abduction since the beginning of 2018, with most reportedly carried out by the government’s security forces.

The “security chaos,” as two residents described the situation to MEE, also comes amid a series of small-scale attacks in recent months by local opposition militias on government security personnel in Sweida.

People in the southern province “are afraid of this security chaos, because before [it seemed] implausible that Sweida would get into this situation,” says Marwan, a Syrian journalist originally from Sweida who now lives abroad.

He asked that his real name and other personal details not be shared, as he still has family and friends living in Syria.

“The story of Muhannad Shihab el-Din is telling [people]: you are not safe here anymore, we can kidnap you and nobody will find out where you are,” Marwan says.

Throughout the Syrian war, the government has handled Sweida province, and its majority Druze population, with a degree of caution.

The Druze are a religious group that follow an offshoot of Islam, and have a significant presence in Sweida as well as the Israeli-occupied Golan Heights, parts of Lebanon, and some villages scattered around the Galilee.

Historically, Sweida’s Druze have adhered, to a degree, to local and religious leaders rather than the state.

'I always tell my relatives where I’m headed, and I try and have another person with me'

When protests broke out across Syria in 2011, they appeared too in Sweida.

Like elsewhere, citizen journalists and activists took to social media to tell the story of the war as it soon began to unfold. Opposition militias also sprang up.

And yet the Syrian government has largely spared Sweida the kind of mass arrests and bombing campaigns it waged elsewhere, seeing the province’s Druze as a politically sensitive minority group with whom it didn’t want to sour relations.

“Even though there was violence in Sweida too, the crackdown of the regime was not on the same scale of brutality as in other parts of the country,” says Tobias Lang, an analyst who has focused on Druze politics in the Levant.

“Of course people disappeared in Sweida too. But it was not the same public show of violence as in other places.

"[The government] tried to keep it on a certain level so not to have problems with the [Druze] populace,” he told MEE.

Sarah Hunaidi, a writer from Sweida, left the country five years ago due to security threats for her pro-opposition views and now lives abroad.

Prior to leaving, she says she recalls a Syrian government that was “relatively hands-off” in Sweida province.

“But we need to focus on the word ‘relatively.’ When they want to arrest someone, they can get them,” says Hunaidi. 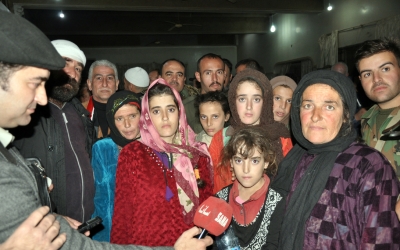 “At the same time, they have to be more calculating than in other provinces because Sweida has a relatively autonomous ruling. People listen more to their religious leaders... than to the actual government.”

But as the government recaptures much of the country, including formerly opposition-held areas, there are signs that it could be turning its sights on quelling Sweida’s rebels as well - despite a local outcry.

In one instance a few weeks ago, government security forces attempted to set up a rare checkpoint on a road entering Sweida city.

Members of a local rebel faction, the Sheikhs of Dignity, soon detained two security personnel, according to pro-opposition site SMART News, later releasing them. The checkpoint was removed.

Just one month earlier, Wissam al-Eid, a leading member of the Sheikhs of Dignity, was gunned down in a car as evening set in over the town of Salkhad, outside Sweida city.

He died immediately. It was unclear who killed him, though at least one pro-opposition news site appeared to blame government forces.

“There’s a narrative that that the situation is deteriorating in Sweida due to the kidnapping issues, so the regime wants to rein in the militias and local groups in Sweida," says Marwan. “That’s been since about eight months ago."

For those inside Sweida, the latest security tensions bring a growing sense of dread.

“I don’t go outside my house much anymore,” says Nour, a citizen journalist who lives in a small town in the countryside outside Sweida

They asked that their name and other identifying personal details, including gender, not be published due to fear of detection by pro-government security forces.

Nour is especially afraid since they found out through an acquaintance last year that their name was included on a government “wanted” list, possibly due to their journalism work.

That means travel outside Sweida, where there could be roadside checkpoints, is potentially dangerous.

They are continuing their work from home.

“Still, I’m being much more careful. I don’t go out late at night or to places far from home,” he tells MEE of his work.

“I always tell my relatives where I’m headed, and I try and have another person with me.”

Others have weighed the risks, simply deciding they are too great.

“A friend of mine [inside Sweida] told me that he is just staying at home,” says Marwan. “That was a month ago.”

There fears are not unfounded.

Last Tuesday, news reached Sweida of the death of Louay Arij, a resident who was arrested by government security forces in 2016 and reportedly sent to Saydnaya prison.

The military facility, located near Damascus, was described by Amnesty International in a damning 2017 report as a “human slaughterhouse” where political prisoners are tortured and killed en masse.

Arij had no known opposition affiliation, according to Nour.

Instead, he had simply been driving back home from Lebanon when he was arrested, reportedly by the Syrian security force’s notorious Palestine Branch.

Arij was the seventh Sweida resident to be documented killed in government custody since 2018, according to a count by Suwayda 24.

A photo of him from before his arrest shows a man in a wool jacket, chatting on his mobile phone in a cafe. He was 34 years old.

“It is dangerous to be pro-opposition in Sweida, even until today,” says Hunaidi of the most recent round of kidnappings and growing fear of a government crackdown on the province.

“But it’s also dangerous even to just be a person [here].” 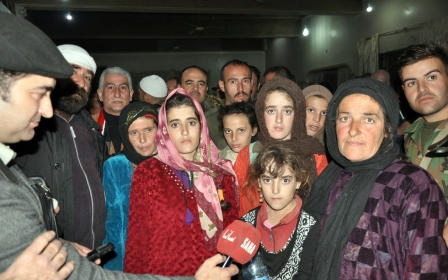 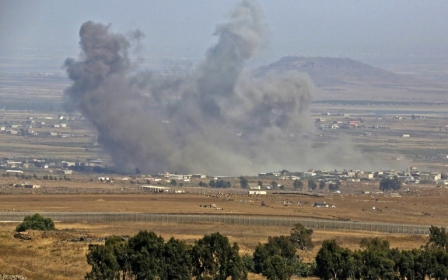 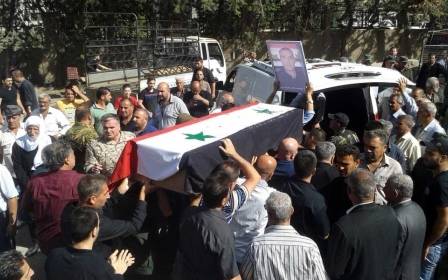