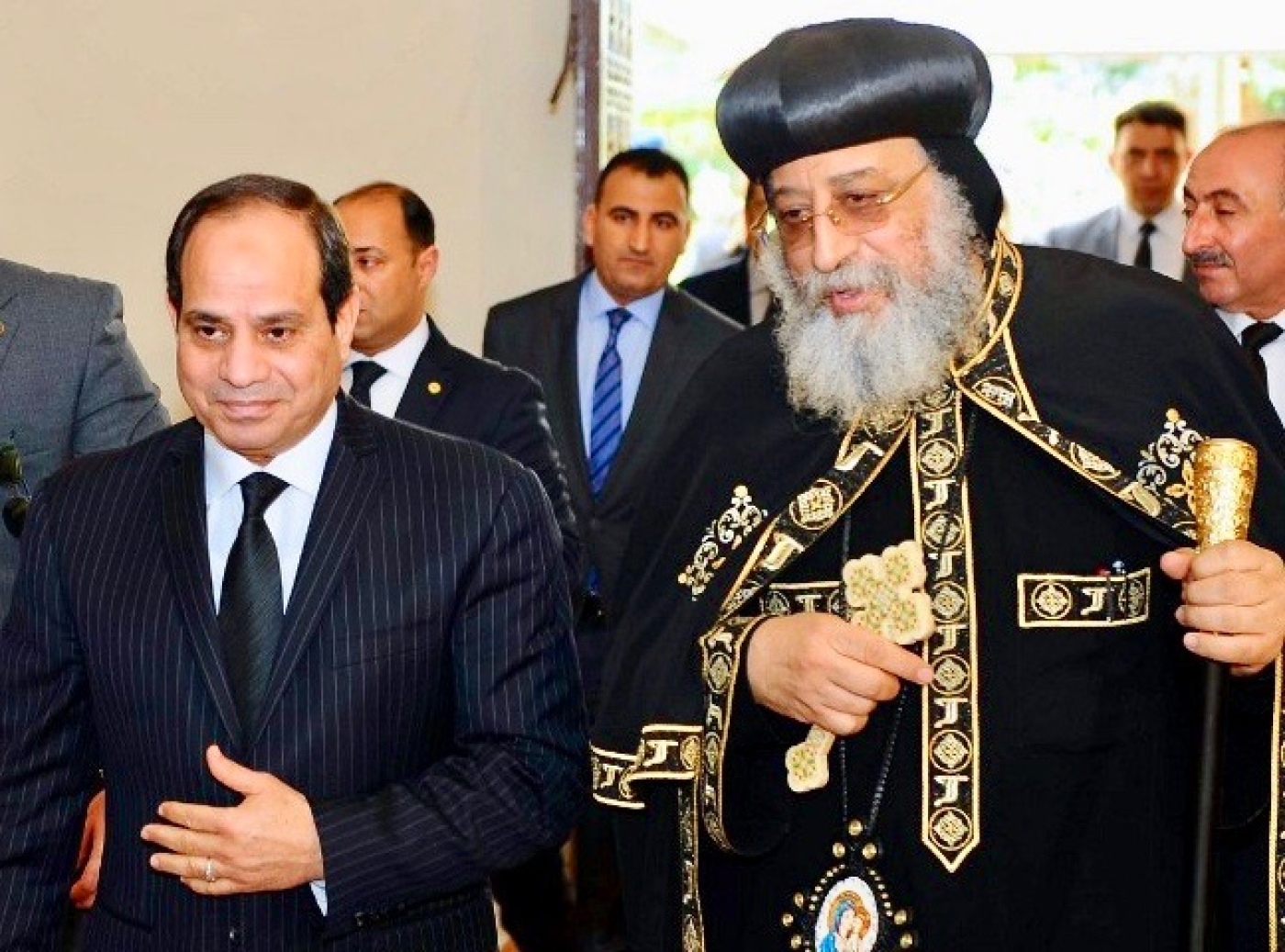 By Khaled Desouki and Maram Mazen

Egypt tightened security outside churches as Coptic Christians prepared for a subdued Easter mass on Saturday, days after suicide bombers killed 45 people in two churches north of the capital.

In Cairo’s Saint Mark's Cathedral, where Coptic Pope Tawadros II will lead the mass, worshippers passed through three metal detectors as policemen and soldiers stood guard in the sprawling compound and on the streets outside.

Police cordoned off roads leading to the cathedral compound, where a suicide bomber had struck last December, killing 29 people.

The government declared a state of emergency and called in the army to protect "vital" installations following last Sunday's suicide bombings in Tanta and Alexandria.

The Islamic State (IS) group claimed all three bombings and threatened more.

Following the Palm Sunday attacks, the church had said it would scale back Easter celebrations.

Easter, which along with Christmas is one of Christianity's most important events, marks what followers believe was the resurrection of Christ on the third day after his crucifixion.

In Egypt, Copts break a 55-day fast abstaining from all animal products after Saturday's mass.

"On usual occasions Holy Week is a week for reflection, for considering things that go wrong in the world, the presence of sin in the world and the brokenness of humanity," said Bishop Angaelos, the general bishop for the Coptic Orthodox Church in Britain.

"In a week like this it becomes especially pertinent because we see the direct effect of that sin," he told AFP by phone.

Sunday's bombings, the deadliest suffered by Copts in recent memory, were the latest in a series of attacks against the Christians who make up about 10 percent of Egypt's 90 million people.

In Sinai, where IS's Egypt affiliate is based, militants killed seven Copts in January and February, forcing dozens of Christian families to flee the peninsula.

Halim said the church will forgo Sunday morning's traditional celebrations, and instead members will visit the families of "martyrs" as well as those wounded in the blasts, including police officers.

'On usual occasions Holy Week is a week for reflection, for considering things that go wrong in the world, the presence of sin in the world and the brokenness of humanity'

"I don't think the churches are any emptier, in fact they might be fuller," said Bishop Angaelos. "It just means people leave home knowing they are a target, but that doesn't stop them."

One Copt who gave his name only as John said he will attend Easter mass in spite of the threat of attacks.

He plans to go to a church in the relative safety of the capital, but admitted, "If I were somewhere else outside of Cairo, like a village, I would not want my relatives to go and I would be worried about attending."

Christians in a village south of Cairo were attacked by Muslims after they tried to pray in an abandoned home on Thursday, after which a mob set fire to four nearby homes, according to police officials.

The village boasts several mosques, but Christians there have been prevented from building a church, Ishak Ibrahim, a researcher at the Egyptian Initiative for Personal Rights, told AFP.

"There is a general climate where Copts are being persecuted and unfortunately the state just tries to stop violence from spreading, they don't solve the root cause of the problem."