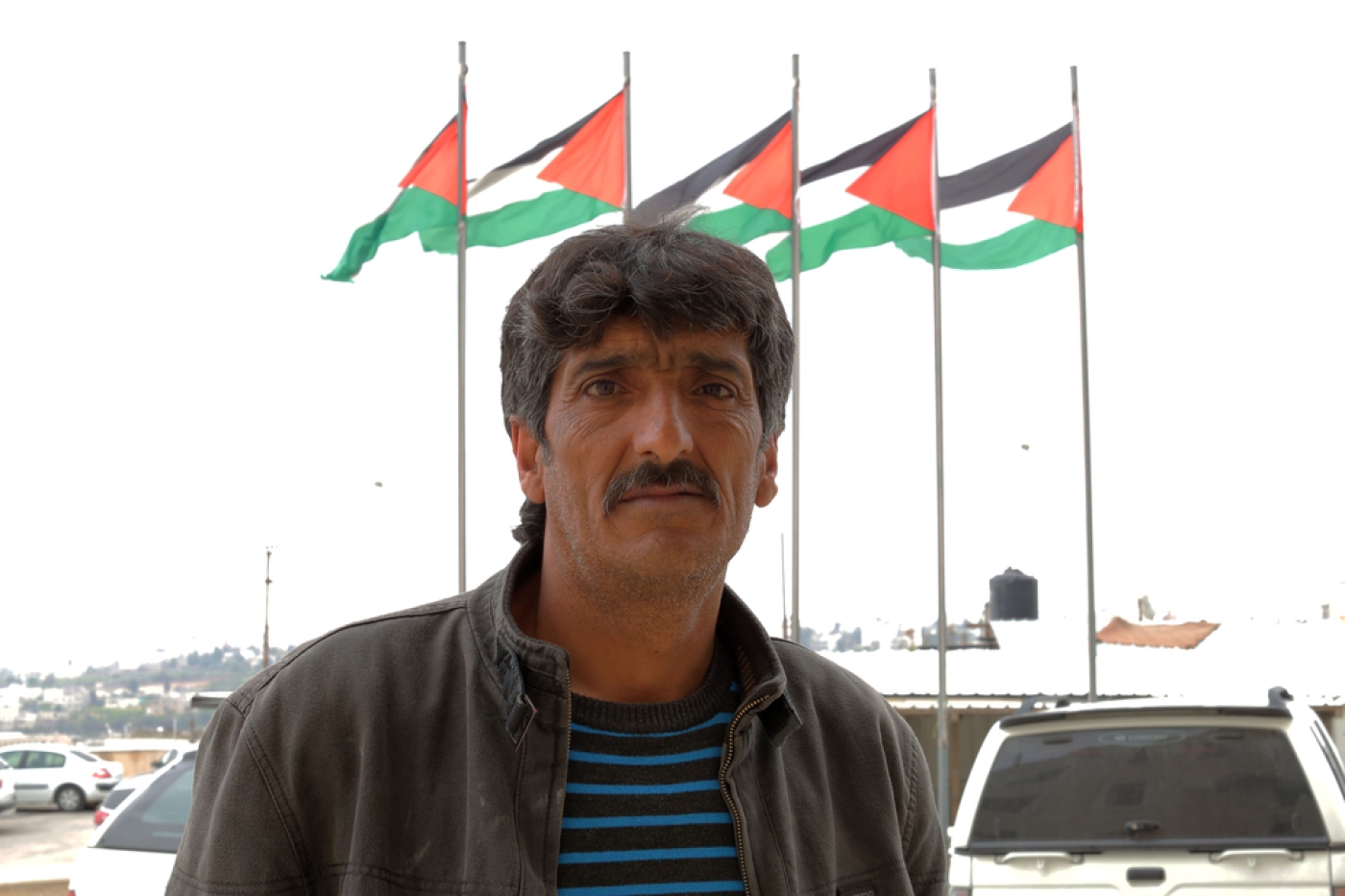 HEBRON, West Bank - Imad Abu Shamsiyyeh and his family are terrified of retribution for a video taken on Friday by Imad, a volunteer member of Israeli rights group B’Tselem.

The video depicts an Israeli soldier shooting and killing a motionless, wounded Palestinian in the southern occupied West Bank district of Hebron after a stabbing attack on another Israeli soldier.

The soldier seen shooting in the video has not been identified by Israeli authorities. The wounded Palestinian who was shot dead was identified as Abed al-Fatah al-Sharif, who with another Palestinian, also slain, was accused of stabbing an Israeli soldier in the shoulder.

Imad’s wife, Fayza, told Middle East Eye that she and her family will not be returning home until she feels they are safe. “I told Imad that he can stay and risk death if he wants, but I won’t stay and die for some bricks that make up a house,” she said after a news conference on Sunday at the Hebron governor’s headquarters.

“There is too much to lose by staying home right now and it just isn’t worth it. The whole family decided we’re going to my parents’ house until things settle down,” she said.

Fayza said that for the past two nights, Israeli settlers have surrounded their home in Tel Rumeida in the H2 block of Hebron’s city centre, where Palestinian security officials have no jurisdiction.

“They were chanting about burning our house down like they did in Duma,” she said, referring to an arson attack by Israeli settlers in the northern West Bank last July, which killed a young couple and their infant child.

While the settlers surrounded their home, Fayza said, Israeli forces stood by and watched.

“I have small children - and believe me I am so proud that my husband took that video to show the world what Israel’s army does - but I won’t sit around and wait for my family to be hurt for it,” she said. “There is no one in Hebron who can protect us.”

Because Imad was credited for the video in a B’Tselem news release just hours after the shooting, his name was widely circulated in the media.

He was later taken in by Israeli authorities for questioning and witness testimony about the incident. During the questioning, Imad said, Israeli forces confiscated the original copy of the video and implied that he would not be safe because his name was now known to everyone.

He was asked how the video would benefit him and who he thought would protect him and his family “from right-wing Israelis,” according to Human Rights Watch (HRW), who spoke with Imad after he was questioned.

Imad said he now feels the safety of his family is at risk. He hopes the video will be used as evidence against the Israeli soldier, who has since been detained, but in hindsight he wishes he had not been credited by name.

Allowing his name to be connected to the video is not his only regret. Imad said he would have also ensured that his 14-year-old son, Mohammed, had not been present during the filming.

“He was standing next to me while I was filming, and he’s had nightmares the past two nights because of it,” Imad said, adding that even if he can keep his children physically safe, the psychological damage has already been done.

Mohammed told MEE that the nightmares he has had are worse than actually having seen the soldier shoot al-Sharif in real life.

“When I think back to what I actually saw, versus what my dreams have been, the dreams are much worse,” Mohammed said. “But when I’m awake, I’m not scared of the Israelis. I just worry for my mother and my family because I know they are afraid of something happening to us.”

Imad, who works as a shoemaker, said he has not been to work since the shooting because he is afraid to leave his family alone.

“I’ve gotten maybe a few hours sleep since I took the video. I’ve been staying up waiting until three in the morning or so, and waking up at six in the morning,” Imad said. “I’m always on guard.”

During the news conference, Hebron Mayor Kamil Hamad called on the international community to help protect Imad and other residents of Hebron’s H2 bloc.

Farid al-Atrash, a lawyer and director for the Independent Commission for Human Rights, told MEE that it is of the utmost importance people like Imad are protected.

“His video will help stop these violations against the Palestinian people because this soldier will be taken to court now with strong evidence, and videos like this help alert the international community to what is happening here in Palestine, so it is very important,” al-Atrash said.

“And the safety of those speaking out, of those exposing these violations, is just as important,” he said.

Al-Atrash and Imad are both hopeful that the video will help indict the Israeli soldier who killed the wounded al-Sharif.

However, in a statement released by HRW after having interviewed Imad, the group noted the Israeli military’s “poor record of accountability for dozens of apparently unlawful killings of Palestinians in the West Bank,” pointing out that their documentation “showed how internal [Israeli] investigations are often nothing more than a sham”.

The group also called on Israeli authorities to “impartially investigate, fairly prosecute and appropriately punish soldiers convicted in the killing”. 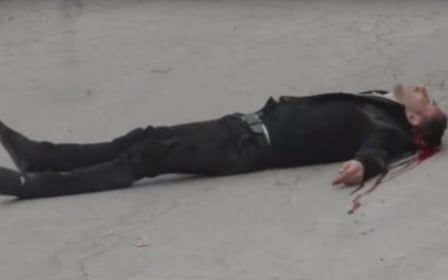