'Some crimes speak for themselves': ICC probe brings back raw memories in Gaza

Palestinian survivors of the 2014 war welcome the International Criminal Court's investigation into Israel, but ask why it has taken so long 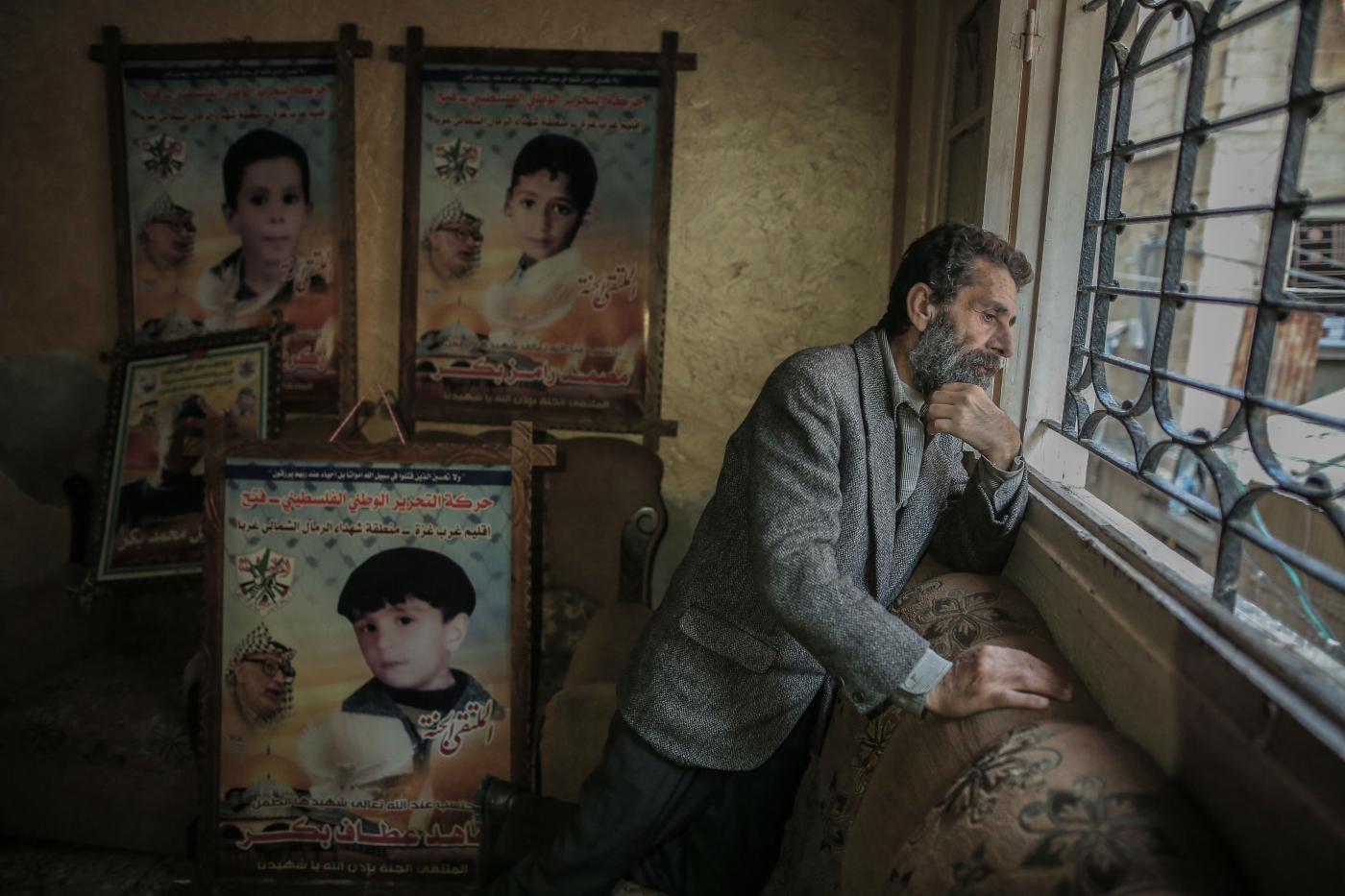 Ahed Bakr, a relative of four boys killed on a beach, says it is promising that finally the international community is taking steps to bring justice (MEE/Sanad Latifa)
By
Maha Hussaini
in
Gaza City

In the wake of the International Criminal Court's chief prosecutor's announcement that a full investigation will be opened into alleged war crimes in Palestine, residents of the Gaza Strip welcomed the move, but seemed doubtful future actions would be able to compensate them.

The ICC examined evidence surrounding the 2014 Israeli war on the Gaza Strip, which killed 2,251 Palestinians, the majority of them civilians, and 74 Israelis, most of them soldiers.

Middle East Eye spoke with victims of alleged war crimes in the coastal enclave about their reaction to the announcement, and what results would the investigation bring.

'They wouldn't bring back our children'

Ahed Bakr, a father, grandfather and uncle of four children who were killed on a Gaza beach in a deadly attack on 16 July 2014, says it is "promising that there are finally international steps taken to at least recognise Israel's crimes against Palestinians after all this silence".

"What have they been waiting for, for more than five years, to finally take action? Everything was already documented by cameras," he says.

The boys were killed in full view of a hotel filled with foreign correspondents reporting on the conflict, which led to harrowing first-hand accounts of the attack.

"The four children wanted to have some fresh air after nearly two weeks of intensive bombing. They went to the beach and played war," Ahed Bakr recalls. "Ismail ran near the Gaza port, before he was directly targeted. When the other three attempted to flee in the opposite direction, another raid targeted them."

'Any convictions that will result from the investigation will not satisfy me. They will not bring back our children. This will always be a devastating heartbreak until I die'

Following the news of ICC's announcement to open an investigation into alleged war crimes, Bakr did not seem excited.

"I cannot say I am happy with the announcement when the incident was documented in video and pictures by international journalists and activists, and then, five years later, the international community say they will be investigating alleged war crimes," he adds. "Some crimes speak for themselves. They do not need all this time and hesitation to be condemned."

One year after the attack, an internal Israeli investigation into the incident cleared its military of culpability, announcing that no criminal charges would be brought against members of its army responsible for the attack.

"They were only children. No matter what their excuse may be, it is evident that the children were their direct target," he says. "An international investigation should be opened into the attack because we all know Israel's investigations are launched to whitewash its crimes."

He adds: "Any convictions that will result from the investigation will not satisfy me. They will not bring back our children. This will always be a devastating heartbreak until I die."

A girls' school in Jabalia refugee camp in the northern Gaza Strip served as a shelter for 3,137 displaced people when it was directly targeted on 30 July 2014, killing 21 Palestinians, including children and women.

"We live near the northern borders with Israel. One night, the shelling was intense and we heard an announcement on the radio where the International Red Cross called the residents of our neighbourhood to evacuate the area,” Um Afaf Hijazi, 58, told MEE.

"I immediately left the house along with my four sons and daughters, and rushed to the Jabalia Girls' School. Because it is an UNRWA school, we thought it would be the safest place we could find."

Hijazi, whose husband succumbed to wounds he sustained two years after an attack by Israeli artillery in 2004, also lost her son in 2008, only a day before his wedding, in an Israeli attack on northern Beit Lahia.

"We gathered with my married daughter, her two children and some other women in one classroom. The situation was miserable, but we could not leave the school, everything would be targeted and UN buildings were known to be safe," she says.

"About two weeks after we arrived, we heard intensive shelling at dawn by Israeli warplanes and artillery, before the classroom we were sleeping in was directly targeted. The room's ceiling fell in and the electricity went out; we could hardly pull my grandchildren from under the rubble and flee."

Hijazi's back, abdomen and leg were wounded, and her 35-year-old daughter had shrapnel wounds to the head, ears and neck.

"What Israel did is not just an attack that took place and came to an end. We are still suffering its consequences, and we will live with them forever," Hijazi says. "My daughter has constant pain in her head and neck, and we still pull out shrapnel fragments from her head every now and then, while my granddaughter has been suffering severe asthma since we rescued her from under the rubble.

"The Israeli army and its leaders may be condemned for an attack that targeted a school containing civilians, but not for all the nightmares and suffering hundreds of families have been going through for five years," Hijazi adds.

"If they want to know what Israel has done to millions of Palestinians, then they should investigate our long-term suffering."

On the same day the Israeli army targeted the Jabalia school, another deadly attack took place in the Shijaiya neighbourhood in the east of Gaza.

Israeli warplanes and artillery targeted the roof of a civilian home during a ceasefire on the second day of Eid al-Fitr, killing at least 21 people, mostly children.

"The warplane that targeted the children on the rooftop could easily identify they were only children playing. However, the Israeli army targeted them with four missiles that immediately killed them all," Abdulrahman al-Selek, who runs a video games shop, says.

The 28-year-old young man, who lost his father, brother and six nephews, said the children's bodies were torn into pieces, so they could not identify them.

"What proved that Israel turns a blind eye to all international condemnations is that it intended to target the maximum number of children and civilians, including paramedics who rushed to the scene following the attack," he says.

His brother, Mohammed, 42, lost his three children in the attack, and sustained wounds that prevented him from having more children.

"I heard the news yesterday, and the fact that Israel has always been above the law leaves me little hope for concrete steps to compensate the victims," Selek tells MEE. "I am glad an international body is finally moving, but will they be really able to give us our rights back?"

He asks where the international community has been following the ethnic cleansing of Palestinians seen since 1948.

"Such steps are necessary so that Israeli leaders know they cannot just get away with their crimes," he says. "But for us, no action will ever be enough to compensate all these generations living under occupation." 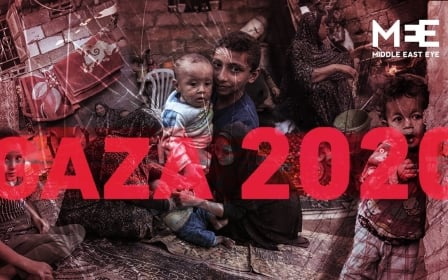