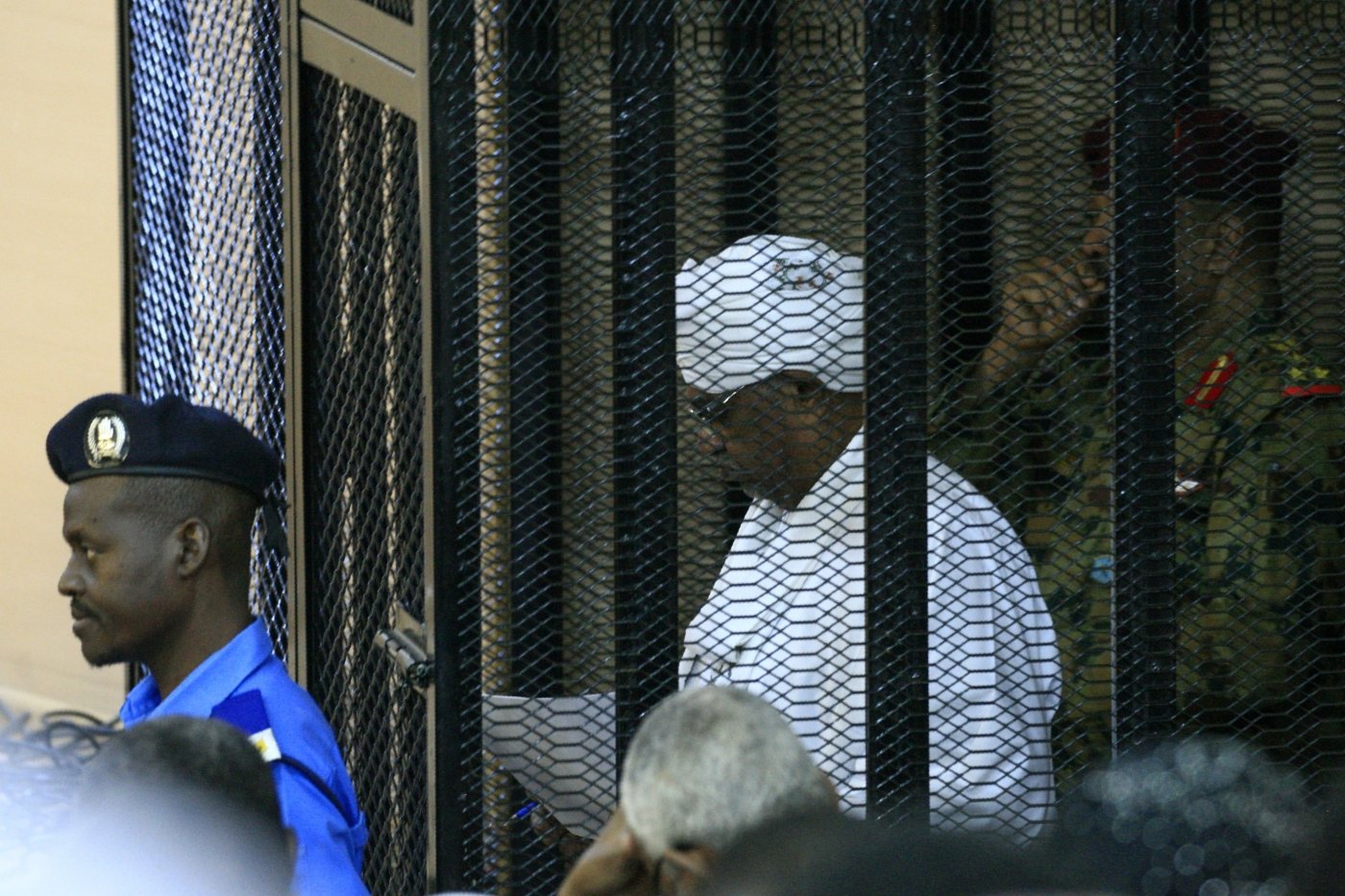 Sudan's ex-president Omar al-Bashir plans to request bail in his trial on corruption charges, his lawyer said, after a week in which his appearance inside a courtroom cage elicited celebration among the public.

Bashir has been imprisoned since April, when he was forced from office after 30 years in power following months of mass protests calling for a civilian government.

His trial on corruption charges began on Monday, with Bashir standing charged with illicit possession of foreign currency and accepting gifts in an unofficial manner.

"We are going to ask today that he be released on bail because this is an ordinary case," Bashir's lawyer, Ahmed Ibrahim, told reporters outside the courtroom.

During the hearing, the judge asked for the bail request in writing, and said his office was open to receiving it at any time.

While he has been indicted by the International Criminal Court (ICC) in The Hague on charges of masterminding genocide in Sudan's Darfur region, Bashir has not been charged in Sudan for his alleged role in war crimes.

Sudan's senior military leaders have refused to extradite Bashir in compliance with a warrant issued by the ICC.

Bashir weathered multiple rebellions, economic crises, US sanctions and coup attempts before he was overthrown by the military nearly four months ago. His trial is now seen as a test of how serious the new authorities are about trying to erase the legacy of his rule.

Bashir did not speak during Saturday's hearing.

A group of about 150 Bashir supporters staged a protest near the courtroom, chanting "We stand united behind our leader" and holding signs saying "The trial of the president is the trial of the nation".

Bashir was also charged in May with incitement and involvement in the killing of protesters.

On Wednesday, Sudan's new prime minister, Abdullah Hamdok, and a sovereign council were sworn in, marking the formation of a transitional government that will run the country for three years and three months, according to a power-sharing agreement between the military and the main opposition coalition. Sudan Protests
Who are the members of Sudan’s new sovereign council?