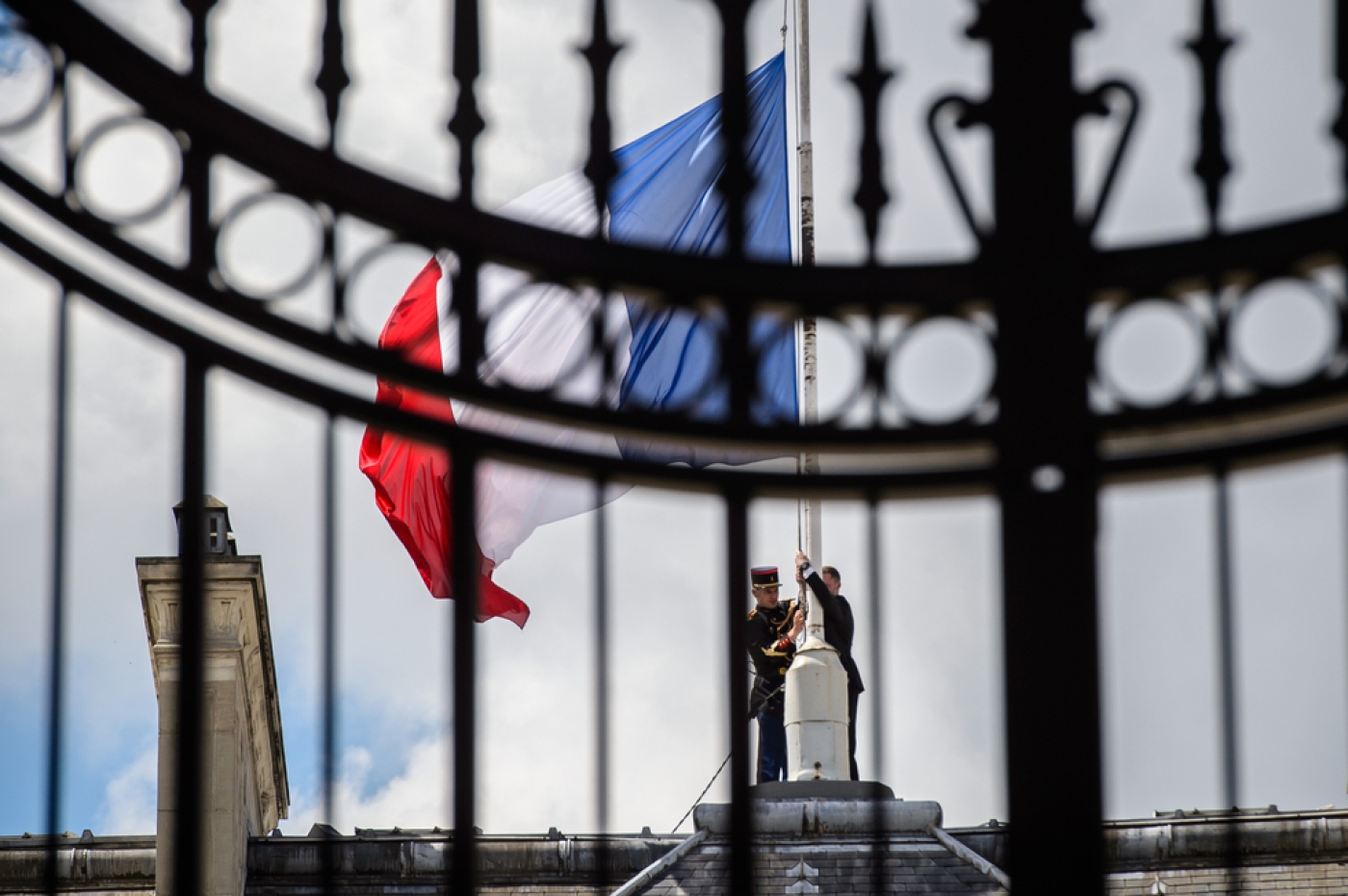 A picture taken through the gate shows French Republican guards placing the French flag at half-mast at the Elysee presidential palace, in Paris (AFP)
By
MEE and agencies

A relative of one of the killers of journalists at French satirical magazine Charlie Hebdo has been arrested in Turkey on his way to Syria, a judicial source told AFP on Sunday.

Mourad Hamyd, brother-in-law of Cherif Kouachi who was behind the January 2015 attack in Paris that killed 12, was detained in Turkey last month on suspicion of seeking to enter Syria, the source said.

Hamyd, wrongly identified on social media in the aftermath of the attack as being one of three Charlie Hebdo killers, was denied entry to Turkey and sent to a detention centre in Bulgaria on 28 July, the source added in confirming a French media report.

The source said French anti-terrorist investigators are preparing a European arrest warrant for Hamyd, whose sister was Cherif Kouachi's wife.

Kouachi carried out the Charlie Hebdo killings with his brother Said.

Hamyd came under initial suspicion of acting as the brothers' getaway driver and he was briefly detained before being released without charge.

He later told AFP in an interview he was shocked by the killings, which he described as "a horrible crime" and described himself as a normal student living with his parents. He added he barely had any contact with Cherif Kouachi.

According to a July tally by French Prime Minister Manuel Valls, France is home to more than 2,100 people - French nationals or foreigners - known to have links to Syrian and Iraqi militant groups.

Valls added that 203 of them who have spent time in those countries have returned to France.