Syrian grand mufti 'given power to approve thousands of executions' 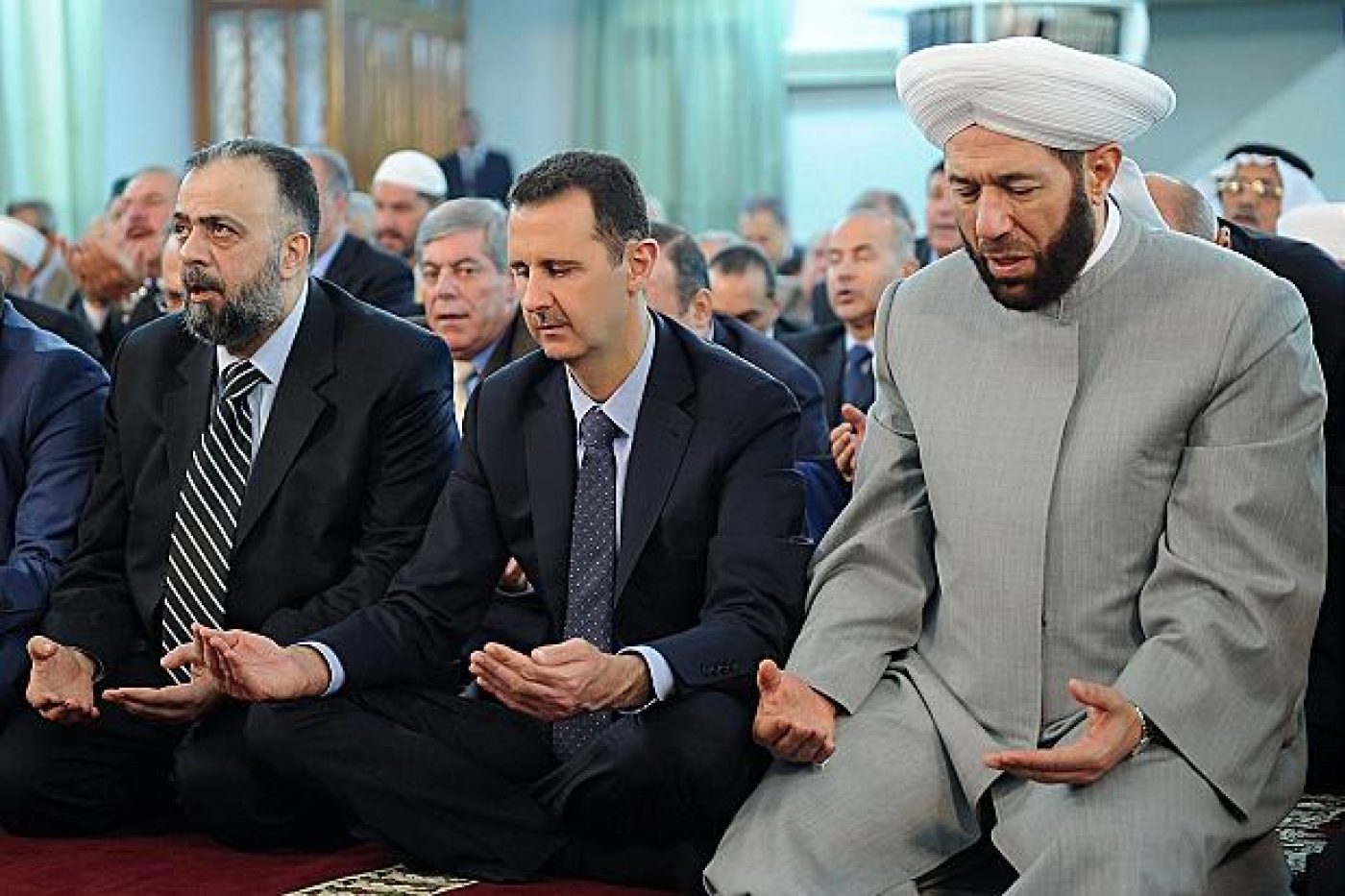 Syria's grand mufti, who toured Europe last year and addressed Irish MPs, has been exposed as one of three men who signed execution orders for thousands of political prisoners in a Syrian jail, a human rights investigation has said.

According to a report by Amnesty International, Ahmed Badreddin Hassoun was deputised by President Bashar al-Assad to approve the execution of up to 13,000 inmates in Saydnaya prisoner over the last five years.

Hassoun, the highest Islamic authority in Syria, addressed the Irish parliament's foreign affairs committee last year after he was allowed entry into Ireland as part of a religious delegation urging the EU to reduce sanctions imposed on the Syrian government.

His entry to Ireland came as a surprise after the mufti had previously said that he would "train suicide bombers" to launch attacks in Europe and US if the west launch air strikes on "Syria and Lebanon".

Hassoun has been a staunch supporter of the Syrian government since the start of the civil war and has been pictured on numerous occasions with Assad.

During his visit to Ireland, Hassoun denied that Russia was involved in perpetrating atrocities against civilian targets during its intervention in the Syrian civil war.

Hassoun became the Grand Mufti of Syria in 2005 after the death of Ahmed Kuftaro in 2004.

The Grand Mufti is regarded as the most senior Sunni Muslim representative in Syria and issues religious edicts on behalf of the Syrian government.

Dr Ali Selim, who is a senior member of the Islamic Cultural Centre in Ireland, told Middle East Eye that Hassoun's involvement in approving the executions of political opponents "gives legal justification for all the crimes perpetrated in Syria".

"The killers are not only the people who carry guns but also everyone contributing to the process. The mufti of Syria takes full responsibility for every incident of murder in Syria," Selim told MEE.

The Irish foreign affairs office told MEE that it did not invite Hassoun to speak and that the decision was made by a private committee.

A spokesperson for the Irish foreign affairs committee also told MEE that "it has no plans to invite him to address it in the future".

Other individuals deputised to approve the execution of political opponents in Saydnaya prison, included the minister of defence and chief of staff of the Syrian army.

Prisoners executed in Saydnaya were often hanged en masse before being dumped into mass graves.

According to Amnesty's report, prisoners were subject to a "programme of abuse" by the Syrian government.

Former prisoners told Amnesty that they were transferred from the various branches of the security forces to Saydnaya in "white delivery trucks known as meat fridges".

Upon their arrival at the prison, detainees were immediately subjected to severe beatings, widely known as the "welcome party".

Detainees told Amnesty that these beatings were often directed toward the head sometimes "led to the death of their fellow detainees".

According to the report, if a prisoner in a group cell dies, his cell mates were asked to put his body in a blanket and hand it to guards.

The body was usually picked up in the morning when the guards visited the cells and asked whether there was a "carcass" to be removed.

Prisoners were also deprived of food and water while being denied adequate food, which led to malnutrition and starvation.