Top 2020 Democrats skipping AIPAC as US 'discourse shifts' on Palestine 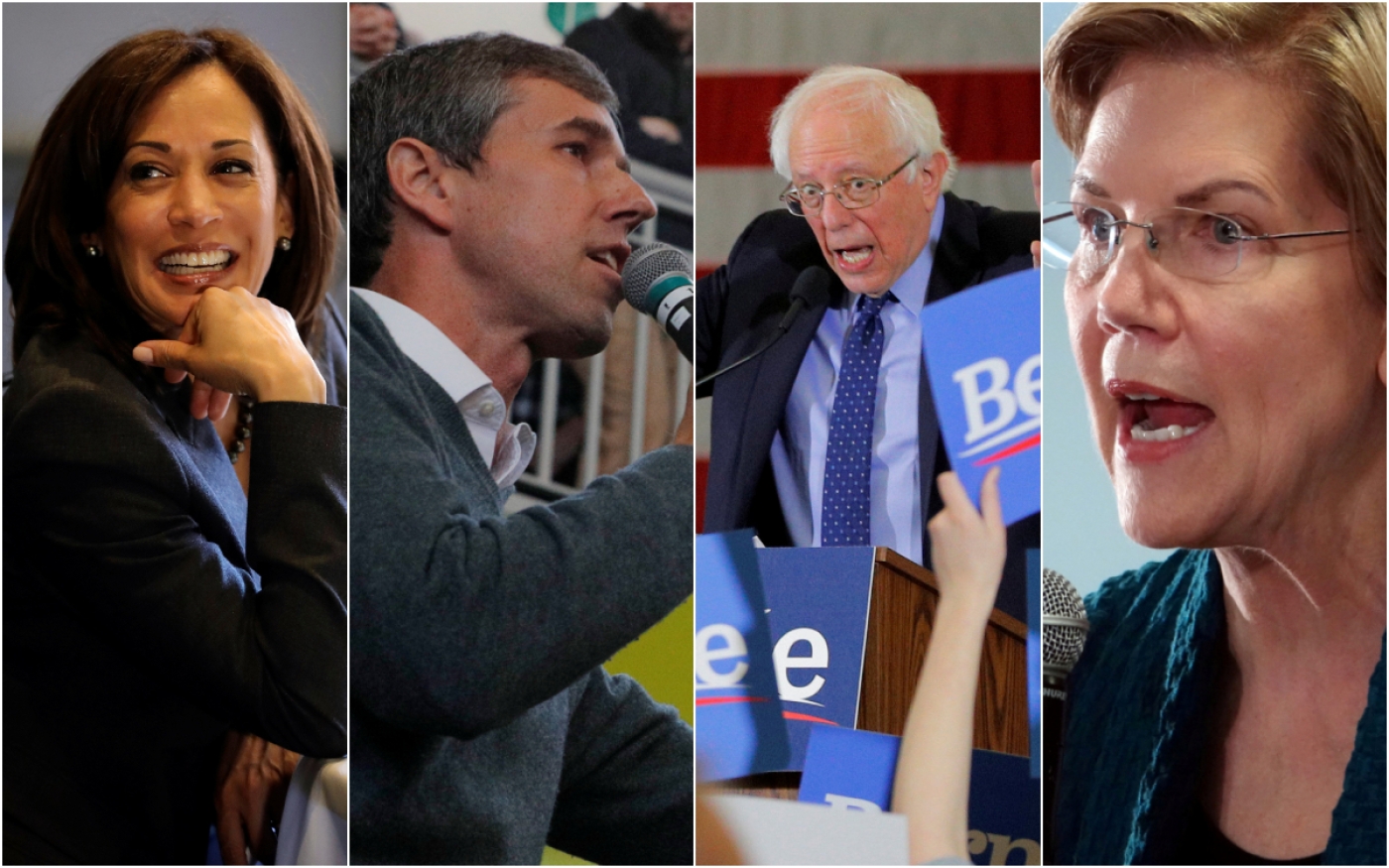 While thousands of pro-Israel lawmakers, lobbyists and delegates are expected to pour into the Washington Convention Centre over the weekend for the annual national AIPAC conference, the bigger story may be those who won't be in attendance.

Several top Democratic presidential candidates have announced they plan to skip the pro-Israel lobby group's conference, a decision that reflects a growing debate within the party on the Israeli-Palestinian conflict and US support for Israel.

By Friday, Bernie Sanders, Beto O'Rourke, Kamala Harris and Elizabeth Warren - who are so far leading the race for the Democratic nomination, according to most public opinion polls - said they won't attend the three-day event, which begins on Sunday.

'There's clearly a shift happening in the progressive base, where the clearly partisan actions of AIPAC can no longer be pushed under the rug'

Moreover, AIPAC's list of confirmed speakers does not feature a single Democrat running for president, nor does it include those who are still expected to throw their names into the contest, including former US Vice President Joe Biden.

MoveOn, an influential progressive group, had called on presidential hopefuls to skip the event.

Citing a new internal survey, the organisation said on Wednesday that more than 74 percent of its members agreed or strongly agreed with the statement: "Any progressive vying to be the Democratic nominee for president should skip the AIPAC conference".

"There's clearly a shift happening in the progressive base, where the clearly partisan actions of AIPAC can no longer be pushed under the rug," Ali told MEE.

She said many left-wing Democrats are distancing themselves from Israeli Prime Minister Benjamin Netanyahu amid his government's involvement in human rights abuses. "AIPAC, in showing how partisan they have become, have clearly peddled anti-Muslim and anti-Arab rhetoric, while refusing to condemn anti-Semitism from Republicans," Ali said.

Earlier this week, Adam Milstein, a major donor for pro-Israel causes who was set to speak at the conference, falsely accused Muslim Congresswomen Rashida Tlaib and Ilhan Omar of having ties to the Muslim Brotherhood and Hamas.

He later cancelled his appearance at the AIPAC event, saying he does not want the controversy that followed his remarks to affect the conference.

Despite left-wing activists' apparent rejection of AIPAC, several top Democrats in Congress, including House Speaker Nancy Pelosi and Senate Minority Leader Chuck Schumer, will be speaking at the conference.

Hatem Abudayyeh, a co-founder of the US Palestinian Community Network, an advocacy group, said it is difficult for some Democrats to abandon AIPAC, not only because of the pressure from the pro-Israel lobby itself, but also because of the nature of US foreign policy in the Middle East.

He said the "shift in discourse" on Israel within the Democratic Party is coming from the bottom up, not from politicians.

Great way to kick off a Thursday morning. After 74%+ of MoveOn members ask candidates to skip, @SenWarren confirms she is NOT attending AIPAC. It’s time for other 2020ers to join in and also #SkipAIPAC https://t.co/O2C4tVZUs8

Abudayyeh also credited lawmakers like Omar and Tlaib, "who actually come from the mass movement", for opening up the debate about AIPAC and Israel.

"Individual congresspeople can make a difference, especially when they're young and energised and have become very popular, like Ilhan and Rashida and to a lesser extent - at least around Palestine - Alexandria Ocasio-Cortez," Abudayyeh told MEE.

Omar caused an uproar last month when she criticised AIPAC, suggesting that support for Israel is driven by the group's financial contributions to politicians. The congresswoman was accused of anti-Semitism and rebuked by her own Democratic colleagues in the House of Representatives.

Despite that backlash, Abudayyeh is cautiously optimistic about the changes that the 2020 race may bring.

"I believe that it would be wrong to not look at this moment in time and say that there may be an opportunity to inject the question of Palestine and Palestinian national rights into the 2020 election," he told MEE. Democrats are no longer a "monolith" in their support for Israel because of the work of Palestinian rights organisers, he said.

Still, more than a dozen Democrats will be vying for their party's nomination in the 2020 primaries, before the winner will try to defeat Donald Trump in the general election later that same year.

In the early stages of the process, candidates traditionally adopt positions that appeal to their party's base; in other words, they are courting people who will vote for them in the critical Democratic primaries.

Still, progressive activists have been moving the Democratic Party broadly leftward on many domestic issues, as almost all of the current candidates now support a universal health-care system, strong environmental protections and a higher minimum wage.

In that vein, Ali of MoveOn said the 2020 candidates must also articulate a "strong and principled progressive foreign policy".

"We do believe that comes with upholding human rights and international law and working towards world cooperation," she said. "We're hoping that some of these principles will guide them in their decision-making around countries that have human rights abuses."