US president also says UAE is interested in buying US F-35 fighter jets, a move Israel says it is opposed to 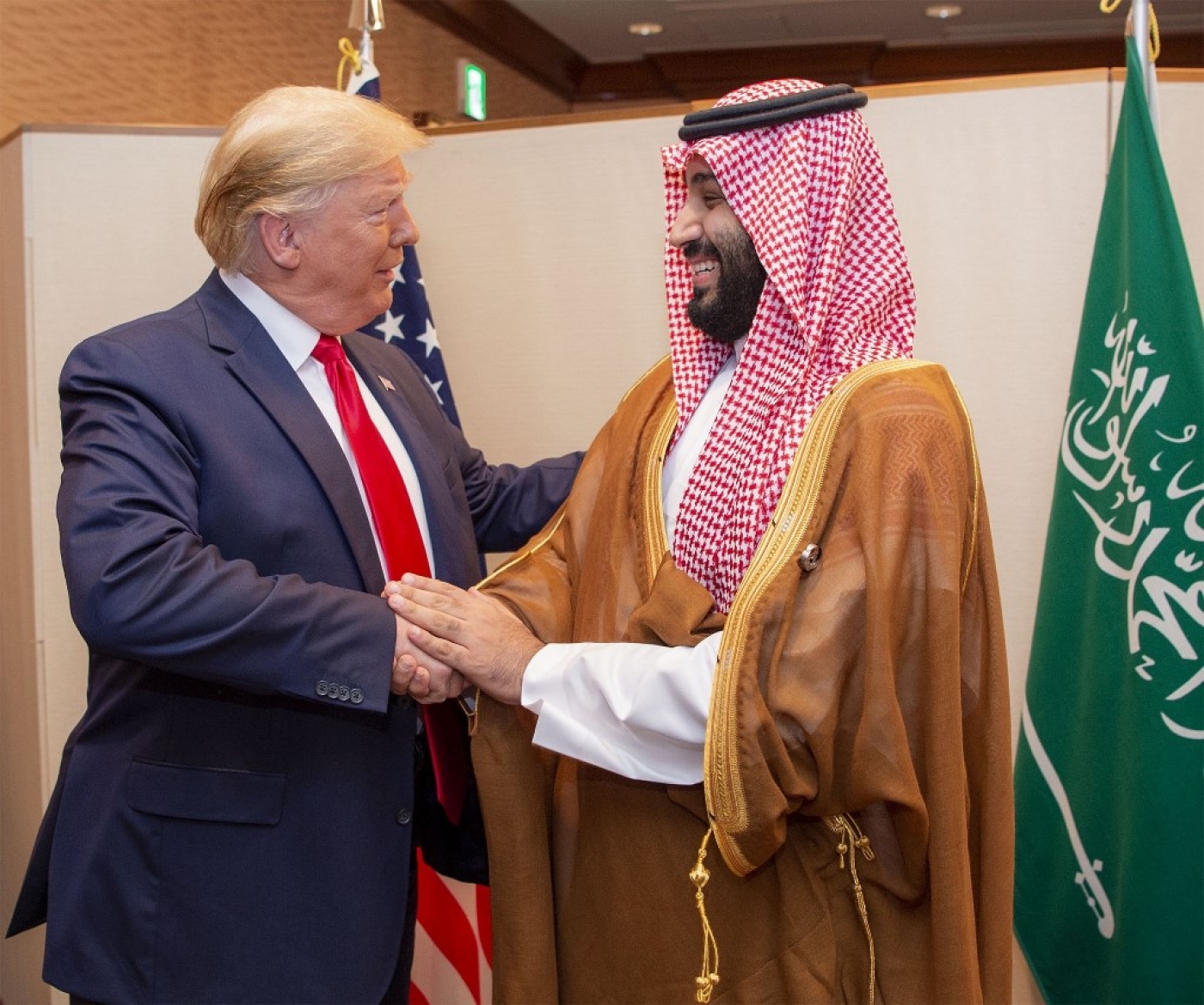 US President Donald Trump said on Wednesday that he expected Saudi Arabia to join the agreement announced last week by Israel and the United Arab Emirates to normalise diplomatic ties and forge a broad new relationship.

"I do," Trump replied when asked at a White House news conference if he expected Saudi Arabia to join the deal.

Under the accord, which Trump helped broker, Israel said on 13 August it had agreed to suspend the annexation of parts of the occupied West Bank.

However, just hours after the announcement, Israeli Prime Minister Benjamin Netanyahu said he remained "committed to annexing parts of the West Bank".

The Palestinian Authority denounced the agreement in a statement, calling it "a betrayal of Jerusalem, Al-Aqsa and the Palestinian cause," and demanded its retraction.

"The [Palestinian] leadership affirms that neither the UAE, nor any other party, has the right to speak on behalf of the Palestinian people, nor does it allow anyone to intervene in Palestinian affairs regarding the legitimate rights in their homeland."

"We are committed to the Arab Peace Plan and that is the best way forward to a settlement of the conflict and to normalisation with Israel with all states," the minister told reporters in Berlin.

"That said, any efforts that could promote peace in the region and that result in holding back the threat of annexation could be viewed as positive."

The Arab Peace Initiative - sponsored by Saudi Arabia in 2002 - promises Israel full ties with Arab states if a peace settlement is reached with the Palestinians.

Saudi state media has so far published views in favour of the UAE decision, which likely points to Riyadh's own tolerance to such opinions.

The daily Okaz newspaper, for example, published a column that hailed the normalisation deal as reminiscent of the fall of the Berlin wall.

Earlier in the news conference, Trump called the UAE-Israel accord a good deal and said that "countries that you wouldn't even believe want to come into that deal."

He did not name any other countries besides Saudi Arabia, Reuters reported. Trump also said the UAE was interested in buying US F-35 fighter jets made by Lockheed Martin, which Israel has used in combat.

"They have the money and they would like to order quite a few F-35s," Trump said.

Earlier this week, the Israeli Ynet news outlet claimed the UAE-Israel deal included a "secret clause" for the US to sell F-35s to Abu Dhabi.

Netanyahu, citing a need to maintain Israeli military superiority in the region, said on Tuesday his country would oppose any F-35 sales to the UAE.

On Thursday, a senior Emirati official said the UAE had a legitimate request to acquire the F-35 fighter jet and its agreement to normalise ties with Israel should remove "any hurdle" for the US to proceed with the sale.

"We have legitimate requests that are there. We ought to get them... the whole idea of a state of belligerency or war with Israel no longer exists," Minister of State for Foreign Affairs Anwar Gargash said in an online interview with the Atlantic Council.

An industry insider who was part of the dialogue with government officials told Reuters on Wednesday that the US is eyeing the F-35 sales in a side agreement to the UAE's overtures to Israel.

Any F-35 sale could take years to negotiate and deliver, giving a new US presidential administration ample time to halt the deal.

Poland, the most recent F-35 customer, purchased 32 of the jets, but will not receive its first delivery until 2024. Any sale would also need congressional approval.

The industry source said the prospective jet sale was arranged with the help of Trump senior adviser and son-in-law Jared Kushner.

The US would ensure Israel maintains its regional military edge if the F-35s were ever sold to the UAE, the US ambassador to Israel, David Friedman, said in a Jerusalem Post interview on Wednesday.

The newspaper quoted Friedman as saying that while it was hypothetically possible the UAE would one day receive permission to buy F-35s, their manufacture and procurement "would take many years".

Friedman said that as the UAE seeks more advanced weaponry "the QME process will kick in as it has before," according to the newspaper.

He was referring to decades-old understandings under which Washington has refrained from Middle East arms sales that could blunt Israel’s "qualitative military edge".

This has applied to the F-35, so far denied to Arab states.

Galant said Israel and the US had differed in the past over US arms sales in the region.

"They sold the F-15 (fighter jet) to the Saudis years ago. We also didn't like that at the time," Galant said.

"But all these years, the United States maintained our qualitative edge. That means, when others had the F-15e, we had the F-15i - a grade above," he said.