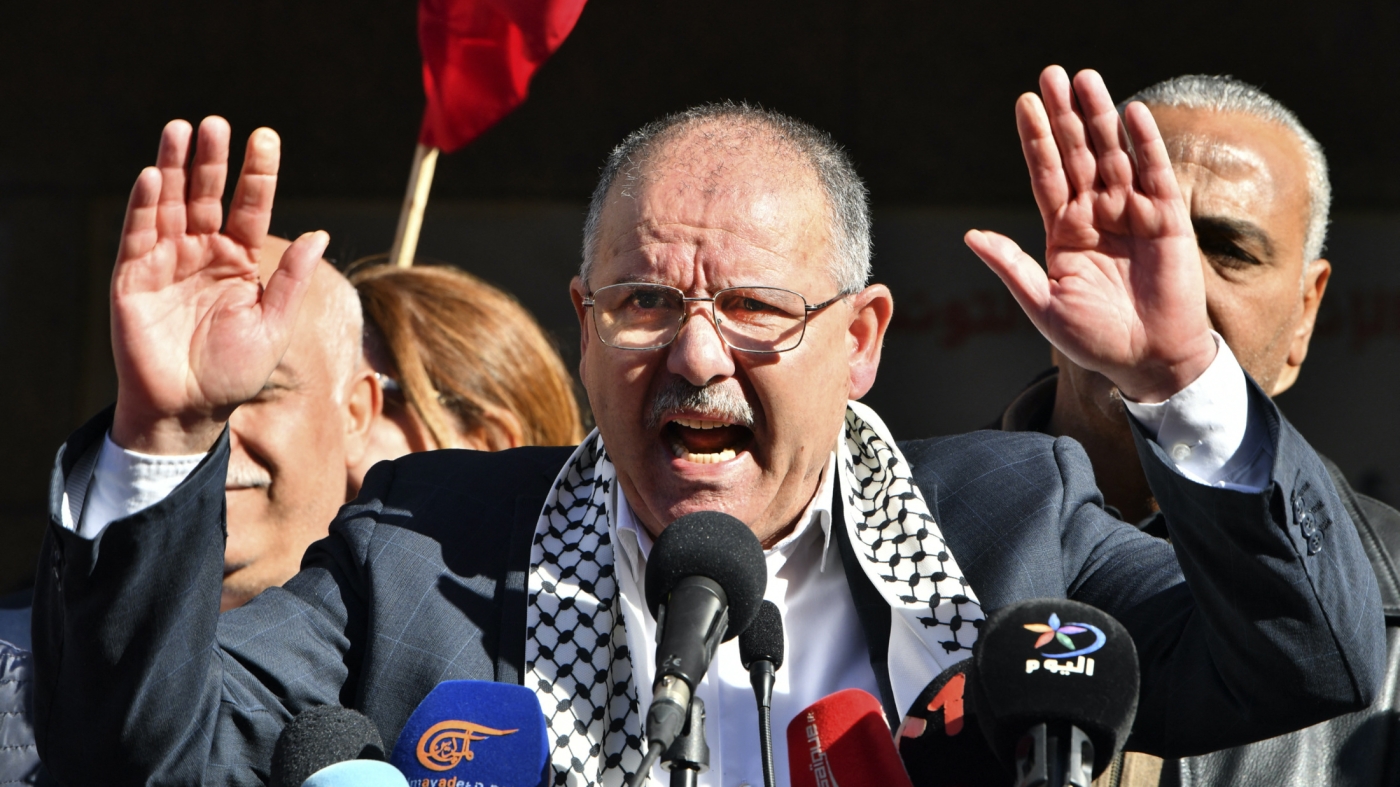 The head of Tunisia's labour union, Noureddine Taboubi, gives his inaugural speech in front of several hundred employees of the transport sector on 30 November 2022 in Tunis (AFP)
By
MEE staff

In his most explicit remarks to date, the head of Tunisia's powerful labour union spoke up on Saturday against the general election called for by President Kais Saied and set for later this month.

"We no longer accept the current path because of its ambiguity and individual rule, and the unpleasant surprises it hides for the fate of the country and democracy," UGTT's leader Noureddine Taboubi said in a speech to thousands of supporters.

'We will not abide by secret agreements the government has with the [IMF], and the workers will stand up to it'

With more than one million members, the UGTT is the country's most powerful union and, until recently, it has largely avoided directly opposing Saied.

"We will not hesitate to defend rights and freedoms whatever the cost," added Taboubi, in his strongest criticism yet of the president.

Speaking to union members at a rally, Taboubi said that the election expected to be held on 17 December will "have neither taste nor colour" due to Saied's constitution that was not "approved by a majority".

As the economy in Tunisia has worsened, Saied has implemented significant cuts to subsidies that affect millions of ordinary Tunisians, angering the UGTT.

The cuts were also part of an agreement reached with the International Monetary Fund (IMF) for a bailout to help the North African country.

"We will not abide by secret agreements the government has with the International Monetary Fund, and the workers will stand up to it," Taboubi said of the deal.

Most of Tunisia's political parties are boycotting the poll. They argue that the new parliament would lack any real power to hold the president accountable.

Tunisian democracy on the ropes

In a sit-down interview with Middle East Eye last month, the country's former president, Moncef Marzouki, said that the US and Europe's inaction towards democratic backsliding in Tunisia has helped make it even more difficult for the country to return to democracy.

The lack of US support for democracy in Tunisia since Saied seized power last year, in what opponents have labelled a coup, has left democracy proponents in the country with few options, said Marzouki.

Ever since Saied suspended parliament last year and moved to rule by decree, he has rolled back hard-fought democratic achievements, using growing public discontent over the economic situation to make his power grab.

Tunisia: Why taxing the informal economy will not boost the country's finances
Max Gallien
Read More »

A constitutional referendum, initiated by Saied, on 25 July consolidated his grip over the country. Around nine million Tunisians were eligible to vote; however, the final turnout was around 30 percent.

Saied has also sought to go after political opponents, including the former speaker of the dissolved parliament and leader of the largest opposition party, Rached Ghannouchi.

Ghannouchi heads the Ennahda party that dominated Tunisian politics for a decade until Saied's power grab in mid-2021.

In July, Ghannouchi appeared in court as pat of a money laundering probe, which critics described as politically motivated.

In August, the Tunisian comedian Lotfi al-Abdali announced his intention to leave the country amid growing repression of free speech.

Speaking on Instagram, Abdali said the increasing threats he faced to his safety and his family have made it difficult to continue living in the country, referring to the security apparatus as "the mafia that carries weapons legally".

Following Abdali's plight, a military tribunal in August sentenced the prominent journalist Salah Attia to three months in prison, despite human rights organisations calling the trial a "travesty of justice".

At the time, Attia, the editor-in-chief of the local independent news website al-Ray al-Jadid, had been in jail since June, following remarks he made to Al Jazeera that the powerful UGTT workers' union was in regular contact with the military and Saied. 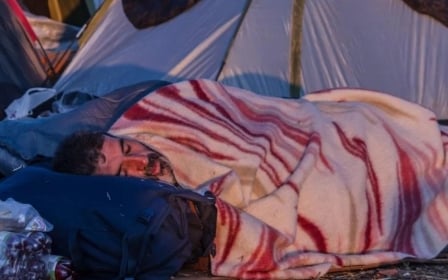 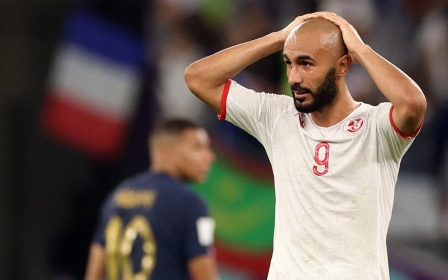 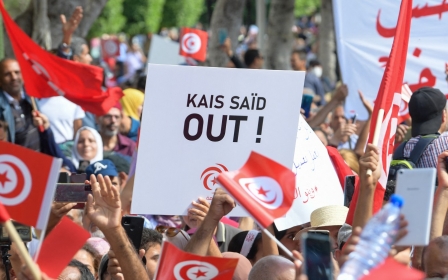