After a weekend of mass rallies and mock elections, Tunisians are less than a week away from their second parliamentary elections since the 2011 Arab Spring slated for Sunday.

The leaders of two of the major parties, Ennahda - ubiquitously referred to as a moderate Islamist movement – and Nidaa Tounes (Call of Tunisia), a big tent secularist party, gave emotive and impassioned speeches to supporters at rallies over the weekend.

“Last year, we had power, but we gave it up because we saw something more important than power,” Ennahda leader Rachid Ghannouchi told supporters in Sfax, Tunisia’s second largest city, on Saturday.

“The civil state is one of the Tunisian people’s most important gains since independence,” Essebsi said, speaking in the city of Kairouan. “We will continue such work and pursue social reforms.”

Polls show both Nidaa Tounes and Ennahda commanding support from around a third of voters each.

Figures released by Tunisia’ Independent Higher Authority for Elections on 7 October said that 5,285,136 people had so far registered to vote in the upcoming elections out of just over 7 million who are eligible.

Anthony Dworkin, Senior Policy Fellow at the European Council on Foreign Relations, told Middle East Eye that a failure to improve living standards has led to rising disillusionment among some sections of society.

“There’s a lot of concern in Tunisia that turnout is going to be down and there's no doubt that, among a number of Tunisians, there’s a degree of disenchantment with what the democratic transition has brought so far to the country, in terms of economic situation above all," he said.

"So on the one hand, I think the turn-out may be lower than some of the earlier votes that we’ve seen there. On the other hand, they have succeeded in registering quite significant number of new voters over the course of this year.”

With several former ministers from the Zine El Abidine Ben Ali-era featuring in its ranks, the secular coalition of Nidaa Tounes has aroused suspicion in some quarters that may be felt at the ballot box this Sunday.

Essebsi, in particular, has been involved in numerous Tunisian governments since independence, first serving as an advisor to independent Tunisia’s first Prime Minister Habib Bourguiba and later in various positions under Bourguiba’s successor Ben Ali.

“They should be ashamed of themselves and should not stand on the basis of their experience because their experience is that of corruption and dictatorship,” said student Chokri Mizouri, speaking to AFP. “And it will be a catastrophe if one of them becomes president because it would restart the machine that we revolted against.”

Nouredinne Miladi, Associate Professor in the Department of Mass Communication at Qatar University, told Middle East Eye that it would be not be easy for former Ben Ali supporters to claw back power.

“It is almost impossible for some of the key figures who are known for their corruption and supporting the previous regime, to come back to any form of power,” Miladi said. “In spite of the availability of funding that some of these figures have, the Tunisian population know exactly who they are and know exactly what they can do.”

Ennahda has also been attacked in some quarters for being too lenient on violence from militant Salafist groups, such as Ansar al-Sharia.

Though Ennahda is expected to be the most successful party in the parliamentary elections, they have ruled out submitting a candidate for the 23 November presidential elections, saying they will back a “consensus” candidate

“We want to send a positive message to the Tunisian people and politicians … We do not want to dominate all contests, especially since Ennahda will feature strongly in the parliamentary election next month,” party spokesman Zied Ladhari told Reuters.

Many have attributed the relative success of post-Arab Spring Tunisia to a willingness for political compromise, particularly after Ennahda-backed Prime Minister Ali Larayedh resigned from power in January.

“Rather than doing what politicians do best - exploiting national divides for personal and political gain - both sides have made a conscious choice to seek consensus,” wrote Brian Klaas and Marcel Dirsus in Foreign Policy.

They lauded Ennahda’s decision not to contest presidential elections.

“Such profound symbols of pragmatic reconciliation are a bold attempt to build a bridge between the two Tunisia," Klass and Dirsus wrote.

Miladi agreed it was probably a wise move.

“They don’t want to make people, especially people from the previous regime, think they are monopolising politic life in the country,” said Miladi.

Unemployment was a major factor in sparking off the uprisings in January 2011. The unemployment rate peaked that year, but has gradually declined, yet is still higher than before the revolution, according to statistics from the World Bank.

Interim Prime Minister Mehdi Jomaa has warned that there will need to be the political will to implement budget cuts, particularly reductions in subsidies, if Tunisia is get on the road to economic recovery.

“Because of continuing internal and external pressures, we expect only 3 percent gross domestic product growth in 2015,” he told Reuters on 13 October. “The economy does not grow through pressing a button – it will take some time. So we need at least three years of painful reforms to revive the economy.”

Opinion polls have shown major discontent among Tunisians who feel the Arab Spring has yet to deliver the goods on living standards.

A poll by the International Republic Institute (IRI) released in August showed 62 percent of Tunisians felt their living standards had become “much worse” in the previous year, with a majority saying there had been a marked decline in the economy and sanitation.

“Many Tunisians blame Enannada and the previous government for lots of failures, but I think Tunisians also know that you can’t reform an ailing economy that has been suffering for decades," Miladi told MEE.

He said he believed Tunisians recognised that the Troika - the three parties currently ruling Tunisia in coalition - are still burdened by Tunisia's history.

"The corruption of the previous regime cannot be stopped immediately. So yes, they blame Ennahda, they blame [interim President] Moncef Marzouki, they blame others, but at the same time I think they know that the various governments of the Troika are not really known for their corruption or misleading the public.”

Tunisian Interior Minister Lotfi Ben Jeddou last week told reporters that there would be a focus on the country’s western provinces during the election, for which around 50,000 policeman are being deployed.

"The presence of terrorists in the mountains of the western provinces will make them a top priority for police during elections," Ben Jeddou said during a tour of Tunisia's northwestern Jendouba province.

In spite of this, IRI polling suggested that the majority of Tunisian’s feel security in the country improved over the past year – the best improvement in any area of Tunisian society, according to the organisation, with 67 percent believing it had improved.

Despite its economic and security challenges, Tunisia is still seen by many as the bright spark in an increasingly autumnal Arab Spring.

While Egypt, Bahrain, Libya and Syria have been beset by coups, crackdowns and civil wars, Tunisia’s fledgling liberal democracy has managed to hold.

“I don’t see a significant risk of a counterrevolution. I think the political changes that have taken place in the country are fairly well-entrenched,” Dworkin said.

“The fact that quite a lot of these old [Ben Ali's party] Constitutional Democratic Rally people are resurfacing doesn't mean democracy itself is in jeopardy. On other hand, I think it is true that the transition to democracy hasn’t been consolidated in the country because the state hasn’t been reformed - we’ve got a much more democratic electoral system, but the structures of power, the institutions are more or less as they were."

He warned that the main risk to democracy in Tunisia was disillusionment with politics from a population sold on a democratic ideal.

“My concern is that if we get a political class coming in after the elections that looks rather old guard, they won’t have the will to take on those old power structures and what we’ll have is a system that doesn’t deliver the kind of change that people are hoping for," Dworkin said. 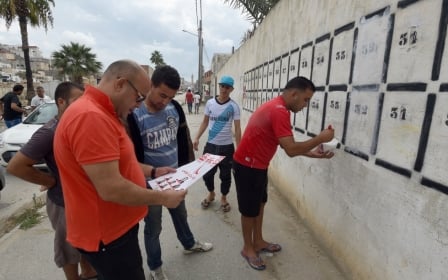 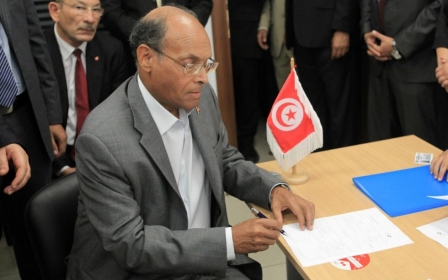