Turkey to deploy doctors to Syrian border ahead of military operation 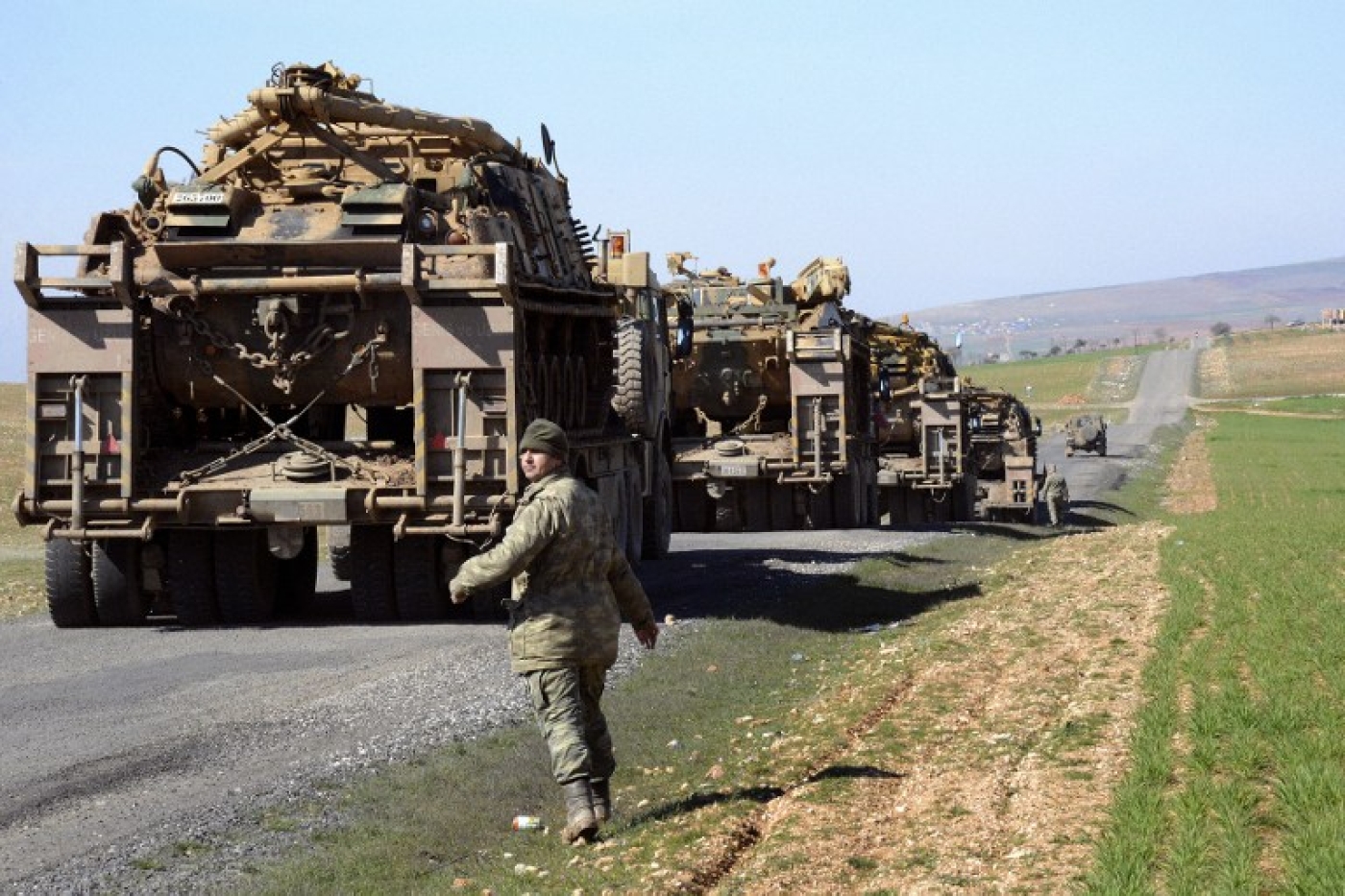 A Turkish military convoy in Suruc, near the Syrian border, in 2015. (File photo/AFP)

Turkey plans to deploy over 50 medical doctors to its southern border region ahead of a planned military operation by the Turkish army into Syria, Middle East Eye has learned.

According to a document obtained by MEE, the Turkish Health Ministry has sent orders to provinces requesting the doctors to fulfil a one-month period of service, from 20 September to 20 October.

“[Doctors] will be deployed to Sanliurfa and Mardin Provincial Health Departments in order to carry out health services as part of the Turkish armed forces’s planned cross-border operation in Syria,” the document said.

The order was sent to 19 provinces, including Istanbul and Ankara.

Omer Melik, chairman of Sanliurfa Chamber of Doctors, told local media that the governor's office cancelled all leaves within the province for medical workers indefinitely.  "We weren't informed about the reason but we think it is about Syria," he was quoted as saying.

A Turkish official with knowledge on the matter confirmed that Turkey was deploying doctors to the border. "I don't have anything further to add," the official told MEE.

CNNTurk on Friday broadcasted images of ambulances and health teams being moved near the border in the town of Akcakale in Sanliurfa province.

The move came as Turkish President Recep Tayyip Erdogan had threatened a military offensive in northern Syria if the US didn’t honour a “safe zone” agreement in two weeks.

“If there are no results in two week, we will activate our own military plans,” he said in televised remarks on Thursday.

Last month, Ankara and Washington reached a deal to establish what the Pentagon had called a combined joint operations centre (CJOC) to facilitate the creation of the “safe zone”, in an effort to alleviate Turkish concerns over the US's Syrian allies, the People’s Protection Units (YPG), a mainly Kurdish militia in Syria.

Turkey views the YPG as an arm of the Kurdistan Workers' Party (PKK), which is designated as a terrorist group by the US and the European Union.

Since the establishment of the CJOC earlier this month, Turkey and the US have conducted several aerial patrols and one ground patrol between Tal Abyad, in the Raqqa province, to Ras al-Ayn, located in the northeastern province of Hassakeh.

Several Turkish officials, including the Turkish Foreign Minister Mevlut Cavusoglu, described the US steps as cosmetic.

However, Turkish Defence Minister Hulusi Akar said on Thursday that the US and Turkey were implementing the deal as agreed before.