Turkey PM warns against 'feeling of revenge' after coup 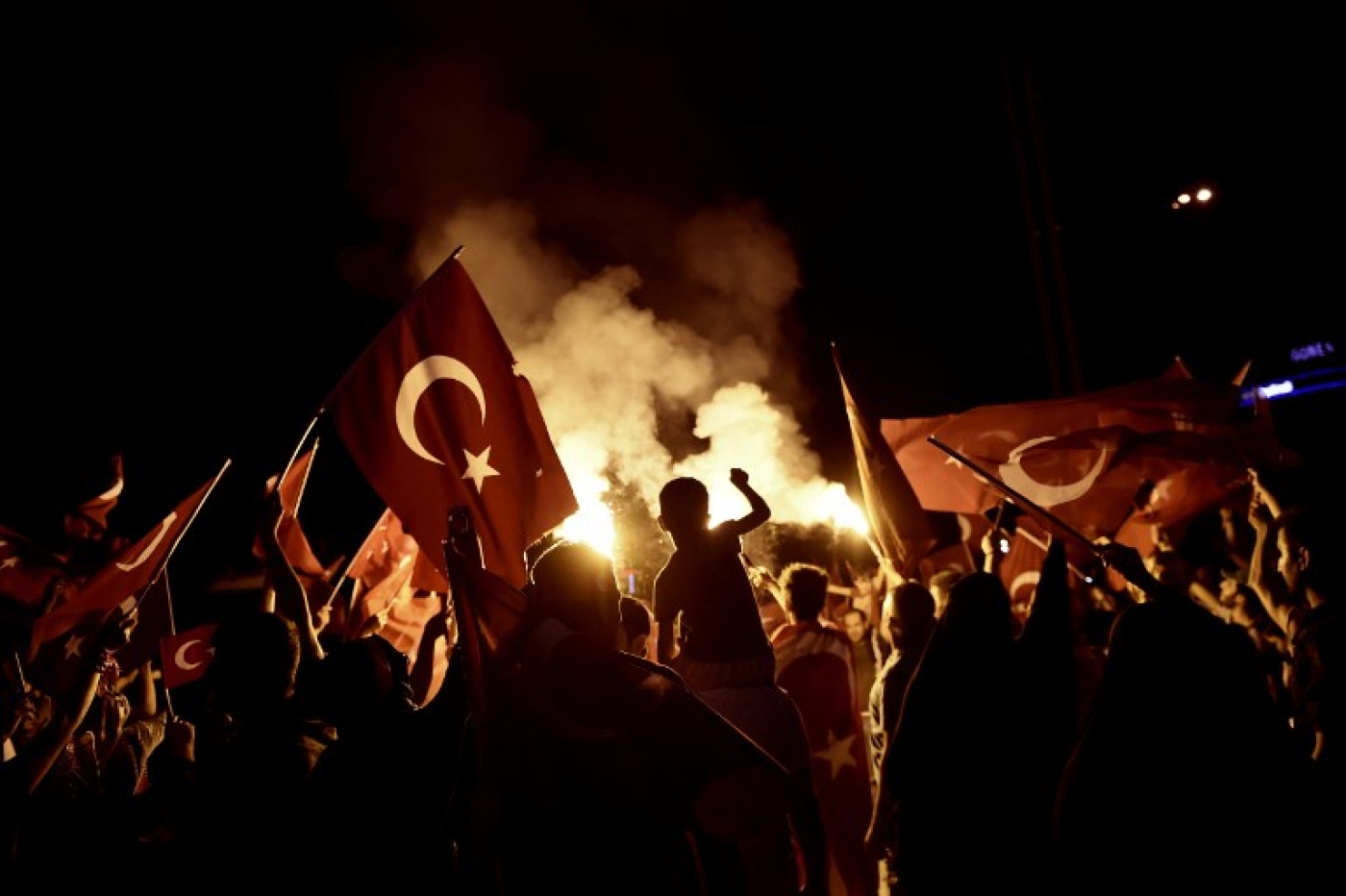 Turkish Prime Minister Binali Yildirim on Tuesday warned against revenge and mob violence in the aftermath of a failed coup targeting his government.

"Nobody can have a feeling of revenge. This is unacceptable in a state governed by rule of law," Yildirim said, referring to images purportedly showing government supporters physically attacking alleged coup backers.

He vowed however that whoever had acted against the law would be punished. "Today we need unity," he said, speaking after a meeting with Kemal Kilicdaroglu, leader of the opposition Republican People's Party (CHP).

Turkey has jailed over two dozen generals, including a former air force chief, as well as two pilots believed to have been shot down by a Russian jet in November, on suspicion of planning Friday's attempt to overthrow President Recep Tayyip Erdogan.

Late on Monday, Erdogan told CNN International that he would approve any decision by the country's parliament to reinstate the death penalty as calls grow for executions in the plot's aftermath.

"Parliament needs to discuss it and if the leaders agree and discuss it then I as president will approve any decision to come out of the parliament,” he said.

'Why should I keep them and feed them in prisons, for years to come?' That's what the people say."

Devlet Bahceli, leader of the far-right Nationalist Movement Party (MHP) also expressed his support for the reinstatement of the death penalty, already a longstanding demand of his party.

"Gulenist coup supporters taking orders from the imam in Pennsylvania are no different than Daesh, PKK terror organizations" he said, referring to the Islamic State (IS) group and Kurdistan Workers Party (PKK), two group who have carried out attacks inside Turkey.

"Our party has never supported coup and has always sided with democracy."

Details have emerged in the plot's aftermath that 40 soldiers backed by three helicopters had intended to kill or capture the president, who was on vacation in the southwest resort town of Marmaris.

A lengthy list, exclusively revealed by Middle East Eye, showing which military officers and officials were set to take over critical posts once the coup was over, suggest that the plot was planned well in advance.

Government officials have said they will make an important announcement on Wednesday, but have not elaborated further. Presidential spokesman Ibrahim Kalin is also scheduled to hold a press conference at 2pm in Istanbul on Tuesday.

More than 200 people were killed and over 1400 wounded on Friday and Saturday in the violence that followed an attempt by a faction of the Turkish army to seize control of the country, most of them civilians.

The Turkish government has blamed the attempted coup on supporters within the army of the US-based cleric Fethullah Gulen, an ally-turned-enemy of President Erdogan currently residing in Pennsylvania.

Government officials have called on the US to extradite Gulen to Turkey where he would face trial for masterminding the plot - an allegation Gulen has strongly denied.

Though the US has publicly condemned the coup attempt, Washington has stated that it will not extradite Gulen unless the Turkish government can provide evidence of his involvement.

Erdogan told CNN on Monday that Turkey would file an extradition request this week while the prime minister told parliament that dossiers of evidence against Gulen would accompany the request. Yildirim had earlier said Turkey would refuse to present proof of Gulen's guilt.

"We would be disappointed if our (American) friends told us to present proof even though members of the assassin organisation are trying to destroy an elected government under the directions of that person," Yildirim said.

"At this stage there could even be a questioning of our friendship," he added.

However, on Tuesday Yildirim told the parliament that he had in fact sent "four dossiers to the United States" with evidence on Gulen.