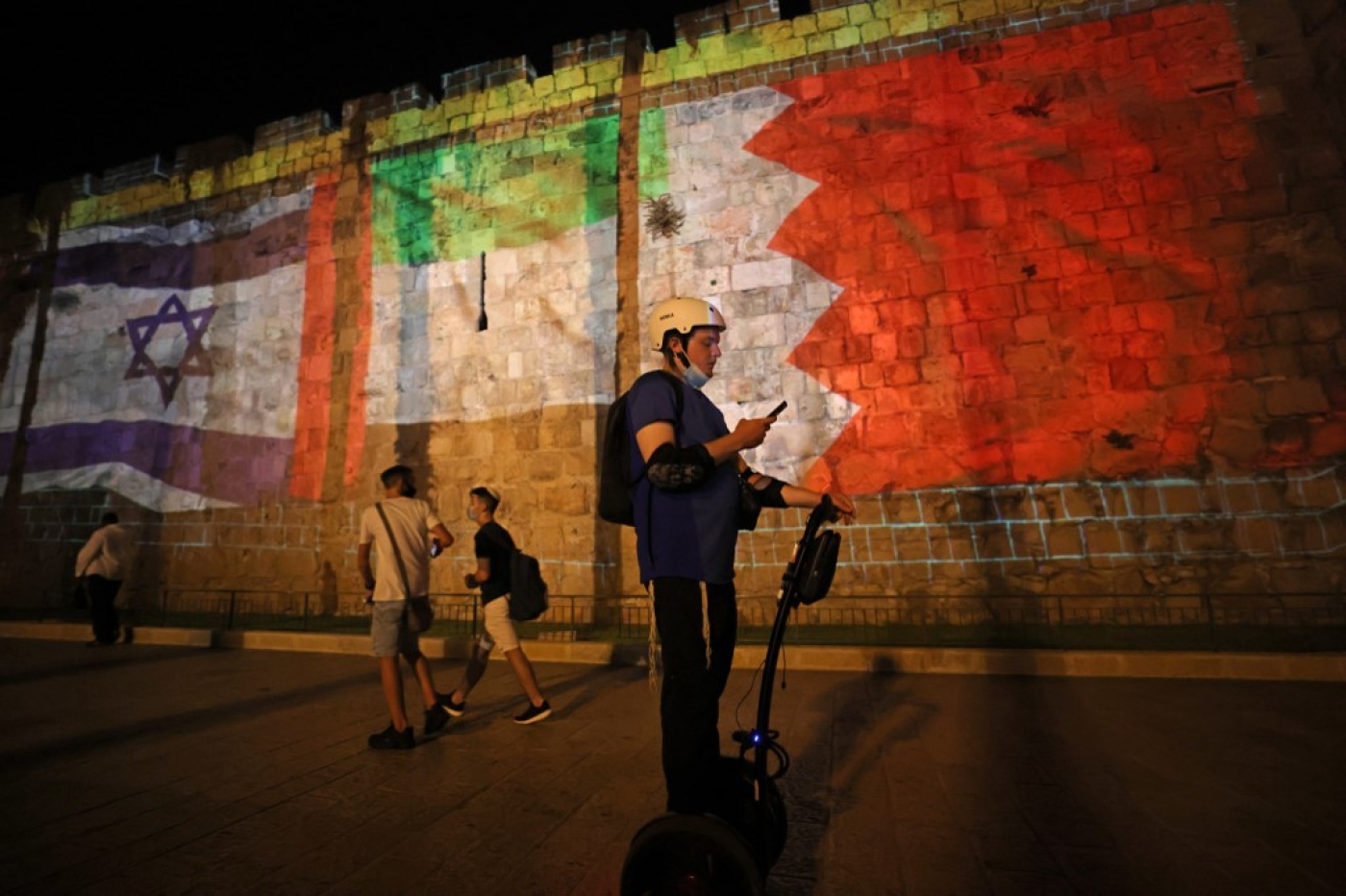 The flags of Israel, United Arab Emirates, and Bahrain projected on Jerusalem's Old City ramparts on 15 September 2020 in support of the recent normalisation deals (AFP/file photo)
By
MEE staff

Emirati poet Dhabiya Khamis said on Sunday that she was banned by authorities from leaving Dubai International Airport on her way to Cairo over her opposition to the UAE's recent normalisation deal with Israel.

"I am Emirati writer Dhabiya Khamis. I was banned from flying today due to an order from Abu Dhabi without being given a specific reason," the 62-year-old writer wrote in a Twitter post.

"Most likely this is because of my publicly announced position against the Zionists and normalisation and I am fearful for my freedom and life from threats and arrest."

The UAE and Bahrain signed a US-brokered normalisation deal with Israel earlier this month, triggering opposition by Palestinians and Arabs who condemned it as an act of "betrayal" to the Palestinian struggle against Israeli occupation.

Dhabya Khamis: a scholar, poet, and diplomat from the UAE is fearing for her life. She was banned from travel. She wants the world to know that she is being punished for her views against Israel and for her opposition to normalization. Normalization can only be imposed by despots pic.twitter.com/pmCzpOookk

Khamis previously served as a senior diplomat for the Arab League, but was suspended from her role over what a rights group said was an opinion piece by her criticising the league.

In a Twitter post shared by her supporters, Khamis said the ban is reminiscent of her detention in the UAE in 1987.

"When I was kidnapped from my home and held in solitary confinement for months without charge or due process in 1987 over an article I wrote, I left the UAE and lived abroad for 30 years... It looks like we are returning to 87," she said, warning that she is at risk of  "oppression, arrest, assassination or liquidation".

Many Emirati activists showed solidarity with Khamis after her announcement, while some pointed out that she is "possibly the only Emirati who explicitly criticised the UAE's normalisation deal from inside the country."

The number of Emirati critics of the normalisation deal has been less noticeable online than those in support of it, due to the crackdown against dissent in the Gulf country.

Many of the Emiratis who have voiced their rejection of their country's latest agreement have been based abroad, where it is safer to express their views.

According to Amnesty International, more than 100 peaceful activists and critics of the UAE government have been imprisoned on vague national security-related charges since 2011, with at least 67 of them still in prison today. 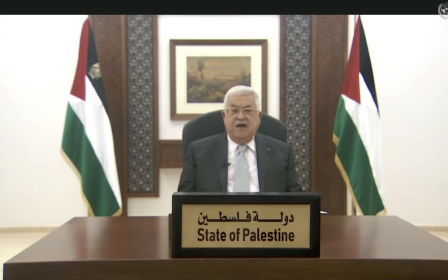