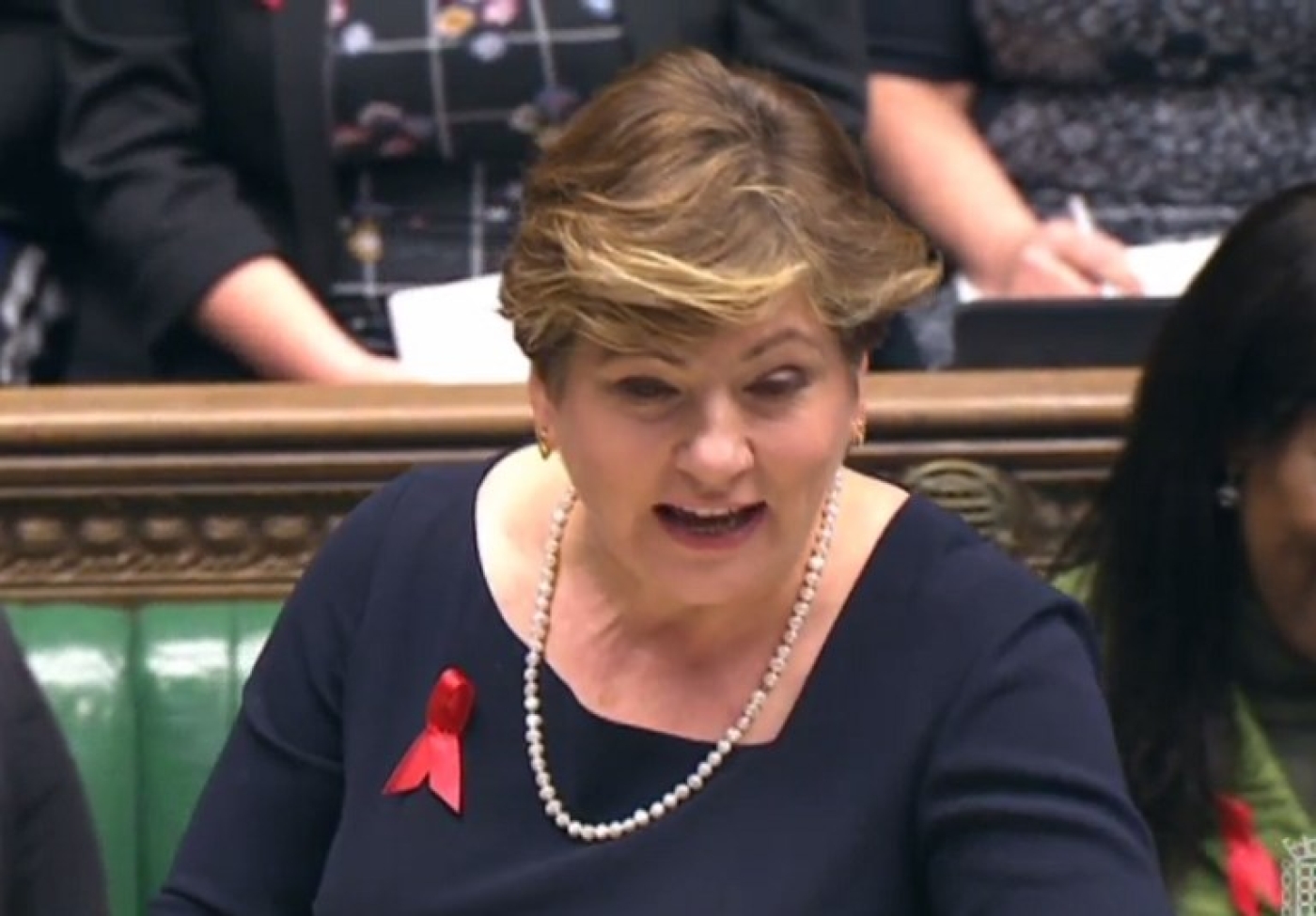 The UK shadow foreign secretary, Emily Thornberry, has condemned the UK government for abstaining on a UN Human Rights Council vote that launched an investigation into the killing of 110 Palestinian protesters by Israel.

Thornberry's criticism also came after the Gaza health ministry confirmed that two Palestinians in Gaza, Mo'in al-Sa'y, 58, and Muhammad Alian, 20, both died from their wounds on Saturday.

A special session of the UNHRC resolved on Friday to investigate whether Israel's response to protests on its border with the Gaza Strip was proportionate and whether it had broken international law.

The session was called after the bloodiest day for Palestinians in years on Monday, when 64 protesters were killed by Israeli gunfire during demonstrations that coincided with the opening of the US Embassy in Jerusalem.

"I'm delighted by the UN's Human Rights Council resolution calling for an urgent independent investigation of Monday's massacre in Gaza, but disgusted that the UK government abstained," Thornberry said on Twitter on Saturday.

I'm delighted by the UN's Human Rights Council resolution calling for an urgent independent investigation of Monday's massacre in Gaza, but disgusted that the UK government abstained.

Twenty-nine nations on the council voted in favour of the resolution, which condemned "the disproportionate and indiscriminate use of force by the Israeli occupying forces against Palestinian civilians".

Britain was among 14 nations that abstained. Australian and the United States voted against the resolution.

At the meeting, the United Kingdom said it "could not support a resolution that was partial and imbalanced. Such investigations heightened the risk on both sides."

Instead, the United Kingdom called on Israel to carry out its own independent inquiry into the events.

Palestinians had been holding weekly Friday protests in Gaza since 30 March in the build-up to the US Embassy opening and to the Nakba, or catastrophe, which marks the 1948 expulsion of 750,000 Palestinians by Israeli forces.

Including Monday's high death toll, 110 Palestinians have been killed and 12,000 injured by tear gas and live bullets fired by Israeli soldiers on the Israeli side of the border.

Israel has said it has only acted to prevent breaches of its border, has described the protesters as "terrorists" and "rioters" and accused Hamas, the group that runs the Gaza government, of directing the protesters to attack Israel.

Its representative at the UN in Geneva said the council had spread lies about Israel.

"Simply put, with this resolution, this council has reached a new height of hypocrisy and the lowest standards of credibility," said Aviva Raz Shechter.

Israel says Hamas is intentionally trying to provoke violence, something with Hamas denies.

Israel's foreign ministry said it totally rejected the resolution, adding the entire purpose of the council was "not to investigate the truth but to compromise Israel's right to self-defence and to single out the Jewish state for demonisation".

"The Human Rights Council's formation of an international committee of investigation is a step towards doing justice to the Palestinian people," he said in a statement. He urged speedy implementation "to stop Israeli war crimes".