Ukraine claims to have shot down Iranian drone used by Russia

Image released by the Ukrainian defence ministry on 13 September 2022 shows what it claims is an Iranian Shahed-136 drone downed near Kupiansk, in the Kharkiv region of Ukraine (Twitter/Ukrainian Ministry of Defence)
By
MEE staff

Ukraine has shot down an Iranian drone used by Russia's armed forces in the northeastern region of Kharkiv, the Ukrainian military said in a statement on Tuesday.

The defence ministry posted images of what appeared to be parts of a destroyed drone with "Geran-2" written on the side in Russian. The wreckage of the drone appeared to match that of a Shahed-136, an armed unmanned aerial vehicle (UAV) produced by Iran.

Middle East Eye was unable to verify the images which, if true, would be the first indication that Russia had deployed Iranian UAVs in the war in Ukraine.

The White House said in July that Russia was looking to acquire Iranian UAVs to fill the gap in its own supply of armaments. 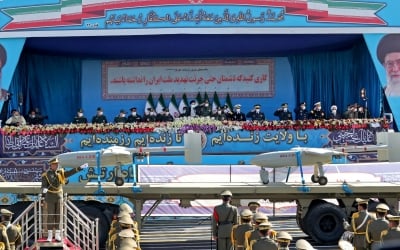 Last month, the Pentagon said that Russia had received its first shipment of what could potentially be “hundreds” of Iranian drones. Two types of UAVs were picked up by Russia, the Mohajer-6 and the Shahed-series, which were both capable of carrying munitions for attacks on radars, artillery and other military targets.

The downing of an Iranian drone used by Russia’s military on European soil would be the most tangible evidence yet of the deepening ties between the two countries. As Moscow finds itself isolated in the West, it has looked to bolster its relationship with Tehran.

Confirmation of Iranian drones being deployed in Ukraine would likely exacerbate tensions between Tehran and the West, as hopes for a return to the nuclear deal fade.

European powers, which had been some of the most prominent advocates for a return to the deal, have since accused Tehran of "escalating" its nuclear programme and talked down the potential for an agreement.

For Iran, Russia’s interest in deepening the relationship could come at an opportune time, especially as it finds itself more isolated.

Iran has been ramping up its UAV programme in recent years. In May, the country inaugurated its first foreign drone factory in neighbouring Tajikistan, and in July it announced new technology allowing its warships to launch drones from the sea.

Iranian drones have never been deployed on a conventional battlefield on the scale of the one in Ukraine. Arthur Holland Michel, a drone expert at the Carnegie Council, told MEE in a previous interview that it would be "an unprecedented development" for Iran's drone industry.

A proliferation of Iranian drones in Ukraine would add to the host of security concerns western governments face with the war. For years, Iranian UAVs have been used to target US troops and infrastructure in Yemen, Syria and Iraq.

Analysts say Russia has turned to Iran as it faces shortages in its own defence industry. In recent weeks, Russia has allegedly suffered a series of military setbacks, with Ukrainian troops, backed by western weaponry, routing Russian forces. 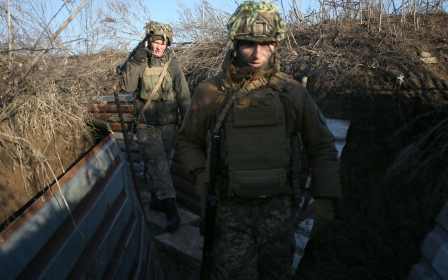