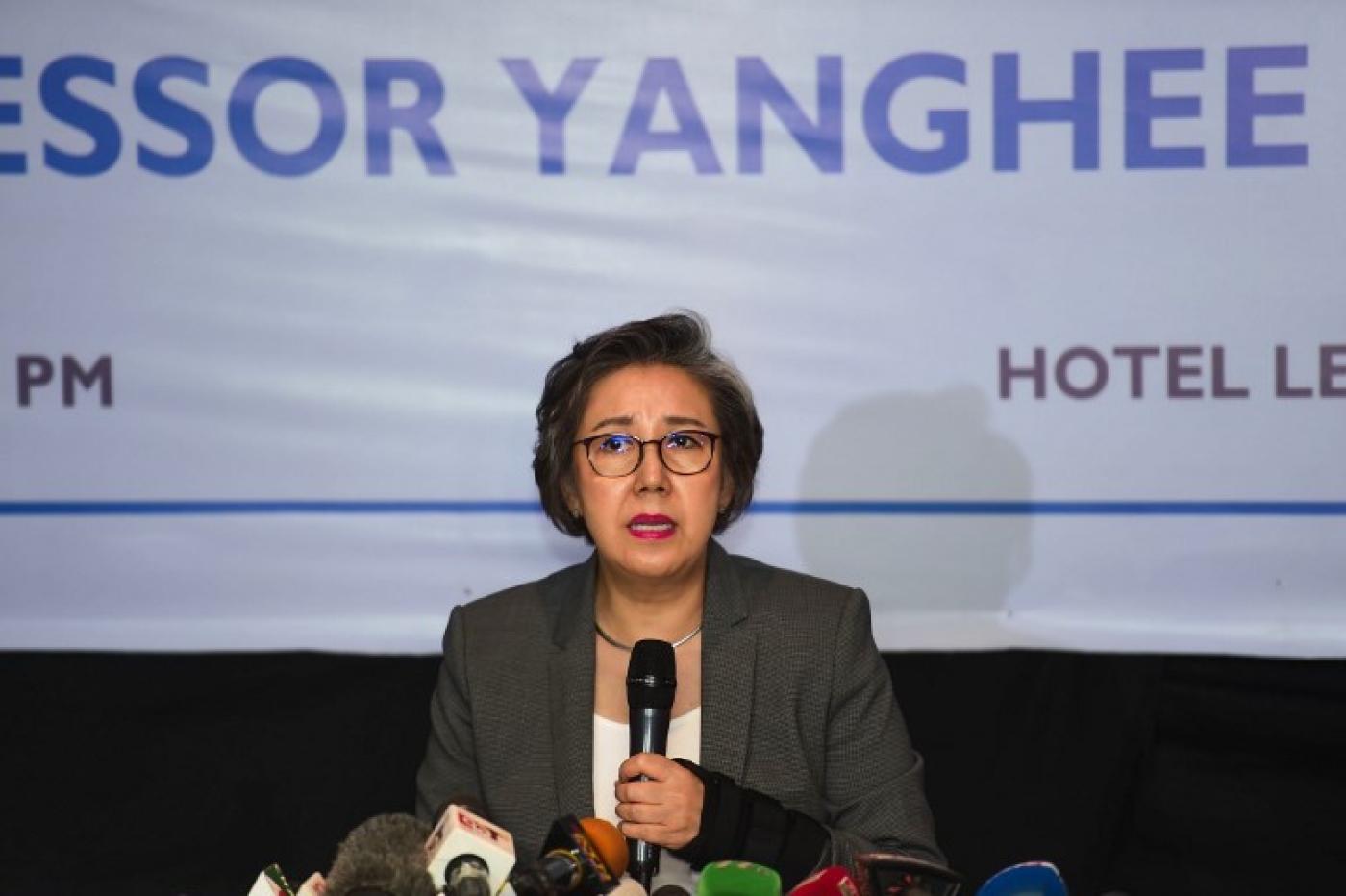 The United Nations Special Rapporteur on Myanmar condemned Saudi Arabia for the first time for deporting more than a dozen Rohingya to Bangladesh.

Speaking at a press conference in Dhaka, Professor Yanghee Lee urged Saudi officials to give stateless Rohingya inside the Gulf kingdom sanctuary instead of sending them to Bangladesh.

"India and Saudi Arabia must ensure that Rohingya within their borders are protected and that their status as refugees, unable to return to Myanmar, is recognised," Lee said on Friday, after a ten-day visit to the Rohingya refugee camps in southern Bangladesh.

"I am dismayed by Saudi Arabia's recent deportation of 13 Rohingya to Bangladesh, where they have been arrested and charged with forging the passports that they used to travel to Saudi," Lee said at a press briefing in Dhaka.

"The fair trial rights of these men should be fully upheld, and authorities must recall that this group also fled persecution in Myanmar."

Her statements come days after relatives of the Rohingya detainees inside Saudi Arabia held a silent protest, urging Lee to intervene.

On Sunday, activists reported that more than 200 Rohingya detainees had been prepared for Saudi deportation to Bangladesh.

Deportations to Bangladesh, where as many as 700,000 Rohingya have fled what has been described by some rights groups as a genocide, have prompted some detainees to go on hunger strike to stop the Saudis from expelling them.

Photos and videos smuggled out of Shumaisi detention centre in recent days show detainees refusing to take their daily food rations, leaving them on the floor for the Saudi immigration officers to collect.

Scores of Rohingya have resorted to obtaining passports from people smugglers, often via forged documents, following Myanmar's ban on members of their community obtaining Burmese passports.

Upon arrival, the refugees have their fingerprints taken and registered to the passport they used upon entry. This has meant scores of Rohingya have been registered on passports obtained via fake documents.

Bangladesh has jailed more than a dozen Rohingya deported from Saudi Arabia for using fake documents to get to the kingdom - a move rights group Amnesty International has condemned.