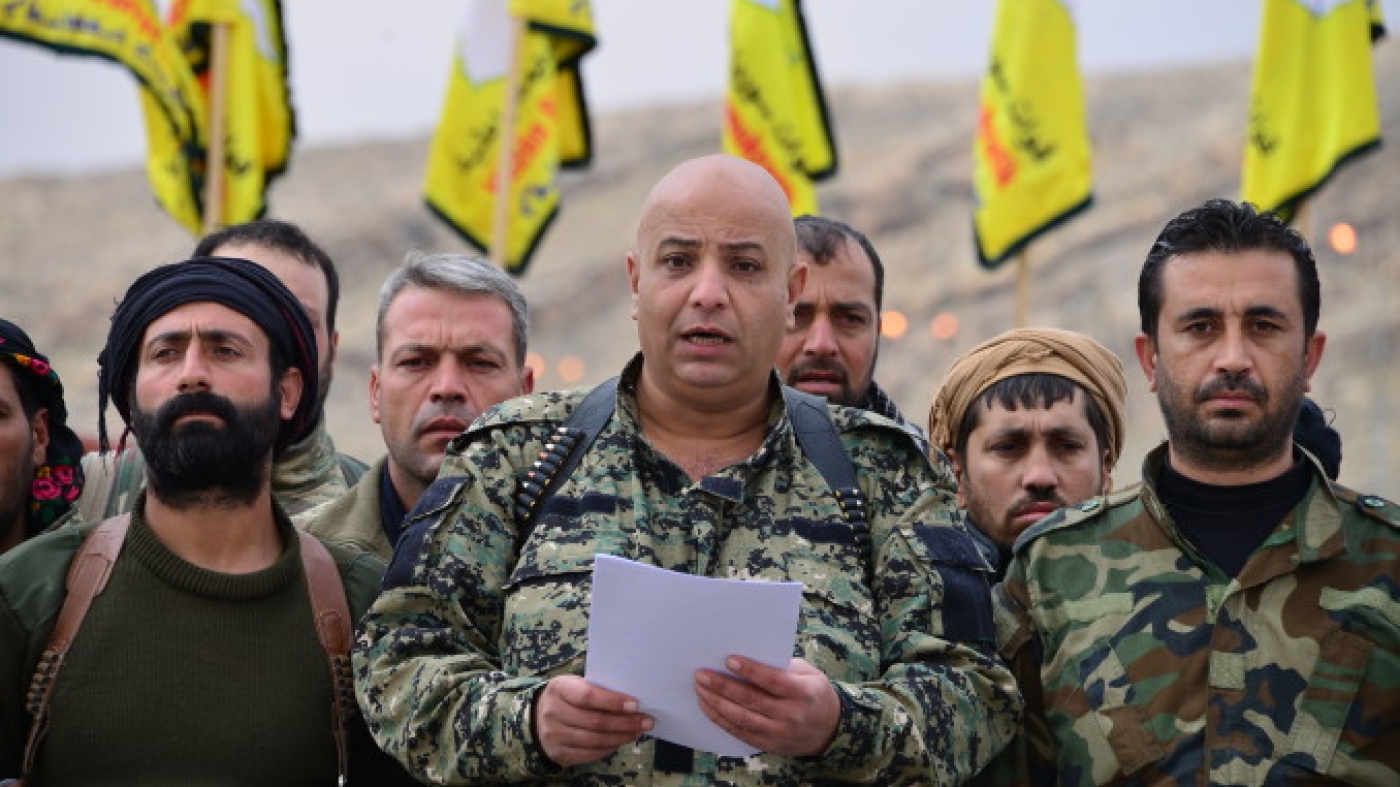 A Syrian Democratic Forces (SDF) commander has said he would fight Iraqi Shia forces if they attempted to enter territory they controlled in Syria.

Speaking to the Kurdistan24 news site, Talal Silo said that the SDF would not allow the Popular Mobilisation Units (PMUs), also known as Hashd al-Shaabi, to come into their areas.

“If Hashd forces attempt to enter our areas, our forces [SDF] will fight them,” he said.

The SDF is a US-backed coalition of Kurdish-Arab forces, largely dominated by the pro-Kurdish People's Protection Units (YPG) and its political wing the Democratic Union Party (PYD).

Although direct conflict has been rare, the SDF is officially opposed to the government of Syrian President Bashar al-Assad and some PMUs have entered into Syria to fight for Assad.

However, Silo's comments indicate the SDF would prevent the PMUs from using the section of the Syrian-Iraqi border they control as a means of deploying forces in Syria.

Silo's warning contrasts starkly with earlier comments made by the PYD representative in Iraqi Kurdistan, Gharib Hesso, who indicated that the PYD would be interested in allying with the PMUs in order to build a new "corridor" in Iraq to Baghdad in order to circumvent an embargo placed on YPG-controlled territory in northern Syria.

"Not only for rebuilding, but for the people, so they can live in calm, and there will be food, clothes, and can sell their oil. But if the road is closed, we will resist," he said, as reported by Middle East Eye.

"It would not only be good for Syria, but also for Iraq. The people in Mosul also have their families in Raqqa and Deir Ezzor. They can go to the border to help each other," he said.

"Maybe Turkey and the KDP will try to prevent this," he added, referring to the main party in the Kurdistan Regional Government (KRG).

Both Turkey and the KDP see the PYD as being linked to the Kurdistan Workers' Party (PKK), which has waged an insurgency in Turkey for decades.

The PMUs' move has alarmed the Trump administration. Some US officials fear that Iran would be further empowered by an Iranian corridor through Iraqi territory to Syria, as well as strengthening Syrian President Bashar al-Assad.

"They [in Washington] believe there is a corridor project which depends on the Hashd al-Shaabi that are close to Iran controlling the border points to facilitate overland transport via the Syrian desert to Palmyra and then to Assad's statelet," said Nicholas Heras, the Bacevich fellow at the Centre for a New American Security.

The statement from the SDF, however, would indicate they were not going to allow such a corridor to be constructed by the PMUs.

A US government official, speaking on condition of anonymity, said it was an "issue we're watching closely and we're keenly aware of the evolving events in the ground and their potential ramifications".

"In Iraq we're supporting the government of Iraq to re-establish control over the entire country and securing the Iraqi border will naturally be a big part of that," he said.

The PMUs have also publicly come out in support of the Sinjar Resistance Units (YBS), a Yazidi militia based in Sinjar, which is also linked to the PKK. Turkey and KRG have been concerned about the possibility of Sinjar becoming a new hub for the PKK.

The YBS were at one point also considered to be part of the PMUs - and apparently are still considered as such by the PMUs - although unlike other PMUs they reportedly no longer receive funding from Baghdad.