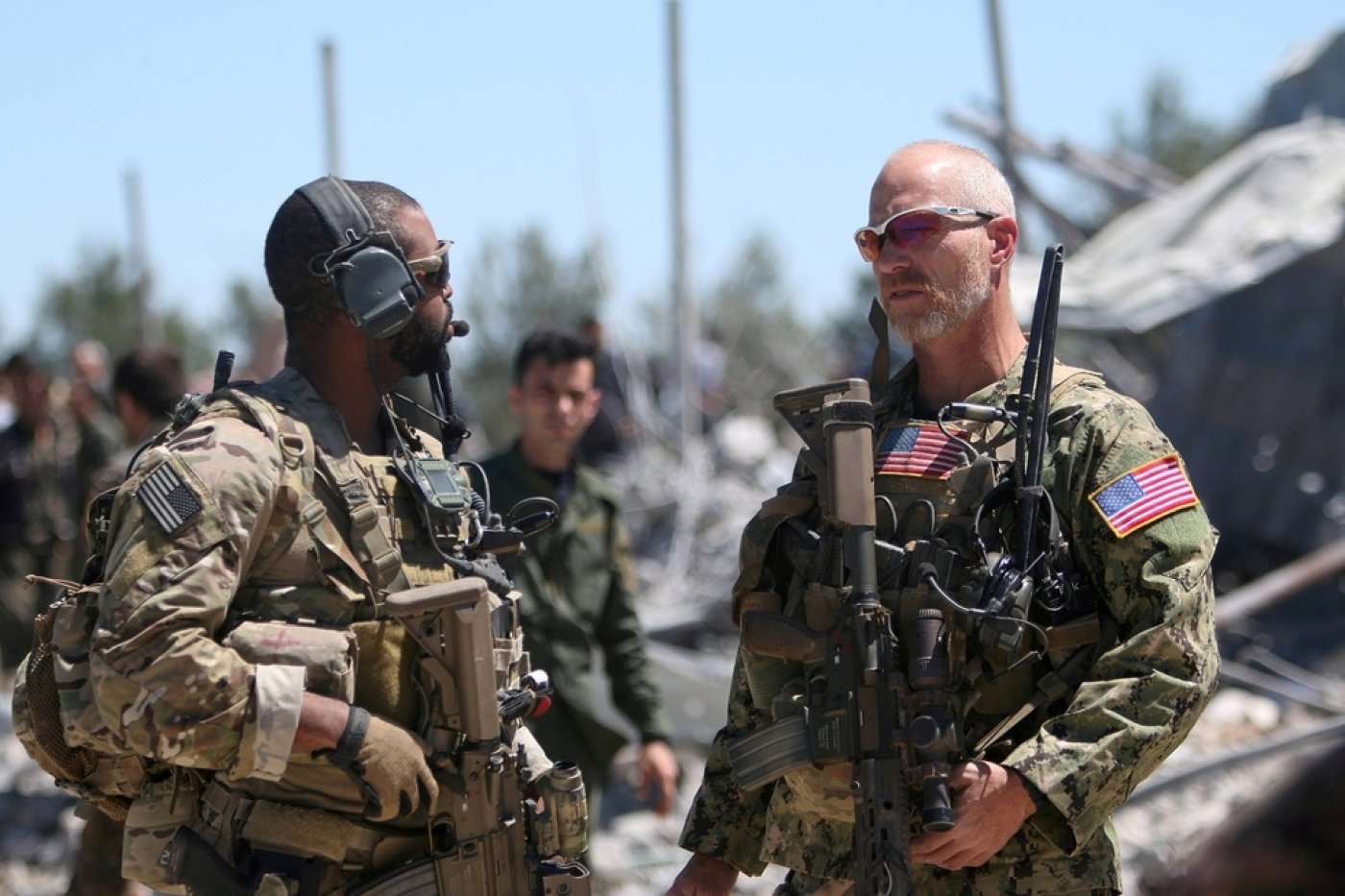 US forces at the Kurdish People's Protection Units (YPG) headquarters in Mount Karachok, Syria, 25 April (Reuters)
By
MEE and agencies

The United States said on Tuesday it started distributing arms to Syrian Kurdish militia battling to help retake the city of Raqqa from the Islamic State group (IS), moving ahead with a war plan that has angered NATO ally Turkey.

Pentagon spokesman Major Adrian Rankine-Galloway said the Kurdish fighters received small arms and vehicles from the US military. He believed the arms were distributed earlier on Tuesday.

Another US official, speaking on condition of anonymity, said the distribution of the arms had started in the past 24 hours, based on authority given by President Donald Trump earlier this month.

There was no immediate reaction from Turkey, which has warned the United States that its decision to arm Kurdish forces fighting IS in Syria could end up hurting Washington.

Turkey views the YPG as the Syrian extension of the outlawed Kurdistan Workers Party, or PKK, which has fought an insurgency in southeast Turkey since 1984 and is considered a terrorist group by the United States, Turkey and Europe.

The United States regards the YPG as a valuable partner in the fight against IS militants in northern Syria.

Istanbul's silversmiths hold on to vanishing trade: 'I do this because I love it'
Read More »

Washington says that arming the Kurdish forces is necessary for recapturing Raqqa, IS's de facto capital in Syria and a hub for planning attacks against the West.

US officials have told Reuters that the United States was also looking to boost intelligence cooperation with Turkey to support its fight against the PKK.

It was unclear if the effort would be enough to soothe Turkey's fears, however.

Ankara worries that advances by the YPG in northern Syria could inflame the PKK insurgency on Turkish soil. It has also voiced concern that weapons given to the YPG would end up in the hands of the PKK.

Turkey's concerns about the YPG were significant enough for Ankara to launch its own military operation inside Syria in August 2016, dubbed Euphrates Shield.

The operation had the dual goals of targeting IS and the Kurdish militia, particularly to prevent the YPG from controlling a strip of territory along the Syria-Turkey border.

"It is absolutely unacceptable to take the YPG-PYD into consideration as partners in the region, and it's going against a global agreement we reached," Turkey's president Recep Tayyip Erdogan said after meeting Trump in Washington earlier this month.