US election 2020: Where does Joe Biden stand on Middle East issues?

As former vice president wins his first state in Democratic race, we take closer look at his views on the region 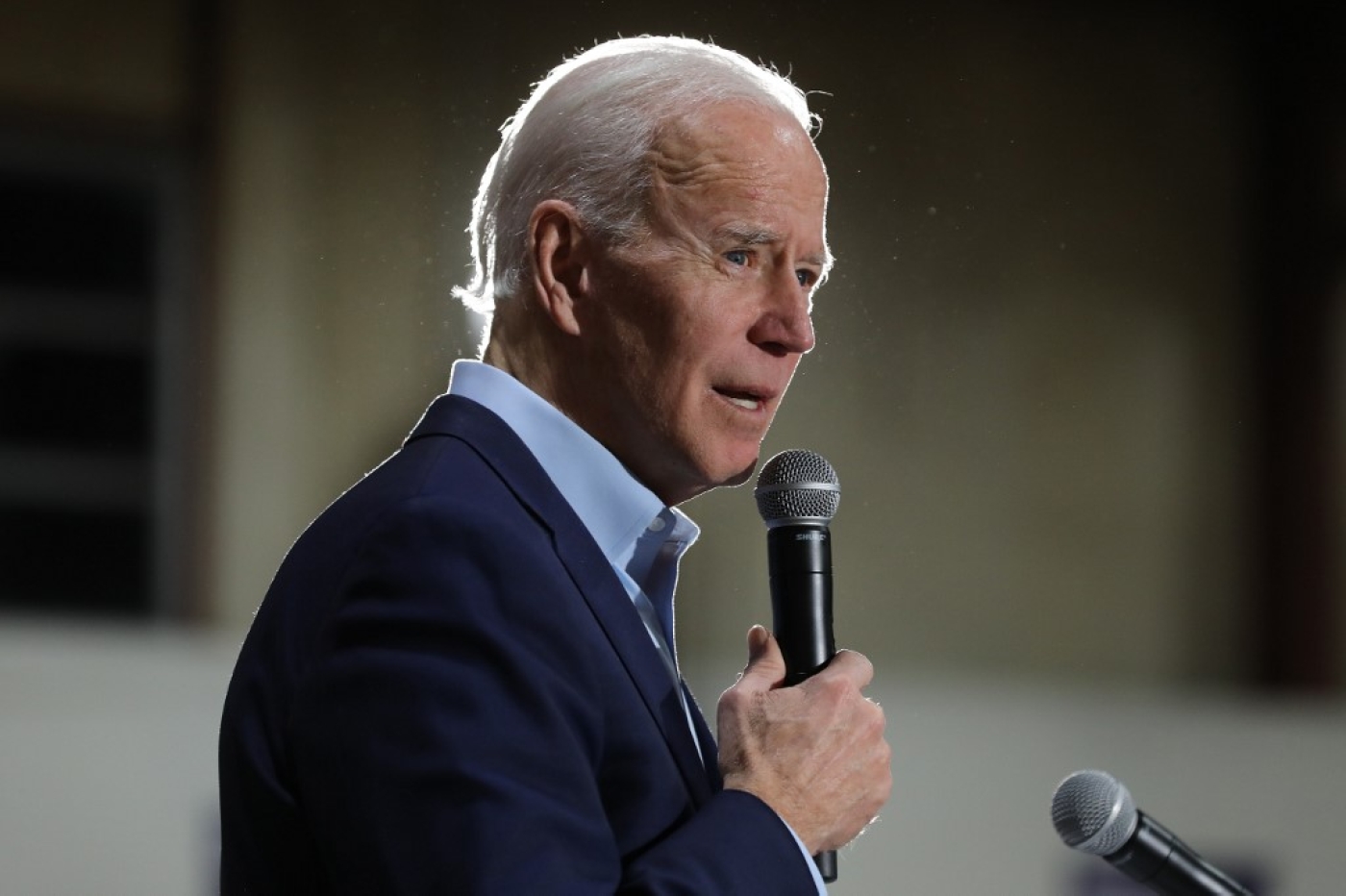 Known as a traditionalist, Biden has shown his ability to question conventional alliances (AFP)
By
Ali Harb
in
Washington

The New York Times did not endorse Joe Biden, but the editorial board of the prestigious newspaper lauded the former vice president as having the "greatest fluency on foreign policy".

For a paper that values institutional experience, Biden's 36 years in the Senate, which included a late stint as the chair of the Committee on Foreign Relations, and his eight years as vice president put him ahead of the competition when it comes to matters of diplomacy and war and peace.

Still, at a time when the public's trust in institutions is being eroded and a new left-leaning wing of the Democratic Party is rejecting the bipartisan foreign policy traditions that Biden defended for decades, the vice president's experience has called up questions more than inspiring trust.

Particularly damaging has been Biden's support for George W Bush's invasion of Iraq in 2003, which critics describe as one of his greatest foreign policy blunders.

After a poor showing in the first three contests, Biden won the state of South Carolina with ease on Saturday, reviving a candidacy that appeared to be on life support after coming in fourth place in Iowa and fifth in New Hampshire.

Who is Joe Biden?

Biden was first elected to the US Senate in the east-coast state of Delaware in 1972 after starting his political career as a member of a county council. In the Senate he sat on and chaired various powerful committees.

He first sought the Democratic nomination for president in 1988. Twenty years later, he launched another unsuccessful presidential bid before Barack Obama picked him as his running mate that same year.

Biden sat out the 2016 presidential campaign with the Democratic establishment putting its full weight behind former Secretary of State Hillary Clinton. Now he returns to electoral politics as the frontrunner in a crowded field of Democratic presidential candidates.

Biden represents the party's centrist old guard in a changing Democratic Party, but where does he stand on issues relating to the Middle East?

On Saudi Arabia: Time to 'make them the pariah that they are'

Known as a traditionalist, Biden has shown his ability to question conventional alliances with his stern rebuke of Saudi Arabia during this election season.

Although the Saudi-led war in Yemen started with the full support of the Obama-Biden administration in 2015, Biden has pledged to end US assistance for the kingdom's "disastrous" conflict there.

"Saudi Arabia has used it to extend a war in Yemen that has created the world’s worst humanitarian crisis, pursue reckless foreign policy fights, and repress its own people."

At a debate in November, he pledged to stop weapon sales to the kingdom, vowing to hold Riyadh accountable for the murder of Saudi dissident Jamal Khashoggi.

President Obama's signature foreign policy achievement has been the multilateral nuclear deal with Iran, which saw Tehran scale back its nuclear programme in exchange for lifting sanctions against its economy.

As vice president, Biden helped promote the accord to convince sceptical Democrats in Congress. And as a candidate running largely on Obama's legacy, the former senator has defended the accord and slammed Trump for abandoning it.

"President Trump's Iran strategy is a self-inflicted disaster," he said in June of last year.

After the killing of top Iranian general Qassem Soleimani in January, Biden was quick to criticise Trump for lacking a strategic plan to deal with the Islamic Republic.

"The seeds of danger were planted by Trump himself on May the 8th, 2018," Biden said referring to the date that the current US president nixed the multilateral accord known as the JCPOA.

A 'stalwart supporter' of Israel

Throughout his Senate career, Biden has been a vocal advocate for Israel in Congress, painting it as a vital ally to US interests in the region.

"Were there not an Israel, the United States of America would have to invent an Israel to protect our interests in the region," Biden said on the Senate floor in 1986.

Even now, he describes himself as a "stalwart supporter of Israel".

But as cracks started to show between the Obama administration and the Israeli government, Biden grew more critical of Israel over its policy of expanding settlements in the occupied West Bank.

Still, his criticism remained grounded and always paired with assigning part of the blame on Palestinians. And similarly to almost all of the 2020 Democratic candidates, he has stressed the two-state solution as the sole feasible resolution to the conflict.

For example, in a brief video to J Street in October of last year, he denounced Israel's settlement policy but also called on Palestinians to "stop violent attacks on Israel".

"Israelis wake up every morning facing an existential threat from their neighbours in the region, and they live each day with tremendous courage, but also anxiety," Biden said.

"That's why we always have to be adamant that Israel must be able to defend itself."

Late last year, he also dismissed a proposal by his Democratic rival Bernie Sanders to impose conditions on US aid to Israel.

"The idea that I'd withdraw military aid - as others have suggested - from Israel, is bizarre," the former vice president said late in 2018. "I would not do that."

At the height of the mass protests against former Egyptian President Hosni Mubarak early in 2011, then-Vice President Biden leapt to the defence of the embattled leader, calling him a "very responsible" ally.

"I would not refer to him as a dictator," Biden said at the time.

Mubarak, who had enabled corruption, jailed and tortured dissidents and ruled with an iron fist for close to 30 years had unleashed deadly violence against protesters before being toppled in February of that year.

But support for Mubarak is far from being the most questionable item on Biden's record on the Middle East.

The former vice president now says his vote was not in favour of an all out war but to back efforts to get international monitors into Iraq to ensure that Saddam Hussein does not obtain nuclear weapons.

However, critics point to numerous statements Biden made in support of the war well after the invasion, which they say prove that he was in fact on board with the war.

Biden does pride himself on helping withdraw US troops from Iraq years later as a part of the Trump administration. Still, he opposes pulling all US forces from the Middle East as a few of his Democratic opponents have proposed.

"I would leave troops in the Middle East in terms of patrolling the Gulf," he said at a debate in January. He said he would also keep a "small number" of soldiers to combat the Islamic State (IS) group.

The former vice president is a self-described Zionist. Biden has referred to himself as a Zionist on more than one occasion.

He reiterated the remarks in 2014 in a speech where he said he was "still buddies" with Israeli Prime Minister Benjamin Netanyahu.

"My father pointed out to me I did not need to be a Jew to be a Zionist, for I am. Israel is essential for the security of Jews worldwide," Biden said at the time.