The order, renewed by every president since 2007, alleges that Hezbollah remains an 'extraordinary threat to the national security and foreign policy' of the US Hezbollah leader Sayyed Hassan Nasrallah has been sanctioned by the US several times, since first being designated in 1995 (AFP/File photo)
By
MEE staff
in
Washington

The order ensures the legal grounds for the US president to levy sanctions and "to deal with the unusual and extraordinary threat to the national security and foreign policy of the United States" due to Hezbollah's presence in Lebanon, a statement released by the White House on Wednesday said.

The administration said "certain persons" - alluding to members of Hezbollah and its allies - were seeking to undermine the Lebanese government.

Lebanon has been dealing with several crises during the past year, from the coronavirus pandemic to a plummeting economy and recent skirmishes with the Israeli army on its southern border.

Hezbollah, an Iran-backed group, is a major political party in Lebanon and consolidated its influence in the state's affairs in 2018 after winning, along with its allies, a small majority in national elections. The US designated Hezbollah a "foreign terrorist group" in 1997.

Despite Hezbollah's growing influence within the Lebanese government, the White House's order alleged "certain persons" were deliberately working to "break down" the rule of law in Lebanon "through politically motivated violence and intimidation". "Certain ongoing activities, such as Iran's continuing arms transfers to Hizballah - which include increasingly sophisticated weapons systems - serve to undermine Lebanese sovereignty, contribute to political and economic instability in the region, and continue to constitute an unusual and extraordinary threat to [US] national security and foreign policy," the White House said.

Washington is particularly concerned by those allegedly seeking to "reassert Syrian control or contribute to Syrian interference in Lebanon", the order said.

The annual move, entitled "Continuation of National Emergency with Respect to Lebanon", has been renewed every year since it was declared by former President George W Bush in 2007.

Bush's order said the United States would freeze the property and assets of anyone trying to undermine Lebanon’s democratically elected government. The order, renewed by every presidential administration since, was seen as a sharp warning to Hezbollah and its allies in Syria.

Wednesday's order reiterates the same concerns the Bush administration issued 13 years ago, with an increased concern over Iran, given its recent tensions with Washington.

The US currently has 35 ongoing "national emergencies", seven of which have been declared by Trump. The orders range from sanctions against foreign entities and governments, to the White House's emergency declaration at the US southern border.

At least nine of the orders name specific countries or groups in the Middle East and North Africa.

According to a count by Middle East Eye, there are at least 779 individuals and entities sanctioned by the US in Lebanon. The list focuses mainly on those with ties to Hezbollah, but includes a wide range of targets, from pharmaceutical companies, religious organisations and community outreach groups to banks and trading importer/exporters.

This month, Hezbollah leader Sayyed Hassan Nasrallah, sanctioned by the US in 1995, 2012 and 2018, said the group was in discussions with Iran about the possibility of Tehran supplying Lebanon with refined oil products in exchange for Lebanese pounds. Children 'will start dying from hunger' in Beirut, Save the Children warns
Read More »

Lebanon's economy has been slipping out of control since September. Since then, the currency has lost more than 80 percent of its value and prices for basic items such as food and shelter have increased by 169 percent.

When announcing his plans to negotiate with Iran, also largely sanctioned by the US, Nasrallah blamed Washington for compounding Lebanon's economic downturn, accusing it of preventing dollars from entering the cash-strapped country and banning investment via its wide-ranging sanctions.

In August, the Treasury Department designated Jammal Trust Bank, a Lebanese commercial bank with 25 branches across the country for "knowingly facilitat(ing) banking activities for Hezbollah" and providing financial services to the Iran-based Martyrs Foundation, which it said funnelled money "to the families of suicide bombers".

Lebanese politicians and the Association of Banks in Lebanon voiced "regret" over the move, which had followed the designation of three Hezbollah political officials, including two members of the Lebanese parliament, a month earlier.

This week, Israel, a key US ally, rained shells down on south Lebanon, which its military said was retaliation for an attempt by Hezbollah operatives to penetrate Israeli-controlled territory.

Hezbollah denied it ever attempted such a raid - or even returned fire - claiming the Israeli military had worked itself into such a state of nervousness in the north that it mistakenly began firing on Lebanon.

The Israeli government narrative over Hezbollah's alleged infiltration attempt this week has also been challenged within Israel.

Israel was anticipating a reprisal attack from Hezbollah after an Israeli airstrike in Syria killed one of its fighters last week.

Hezbollah is the only group to have kept its weapons since the end of Lebanon's civil war, on the grounds of defending the country against Israel. 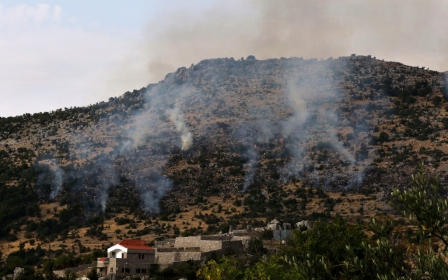 Inside Lebanon
Hezbollah files official complaint against US ambassador to Lebanon 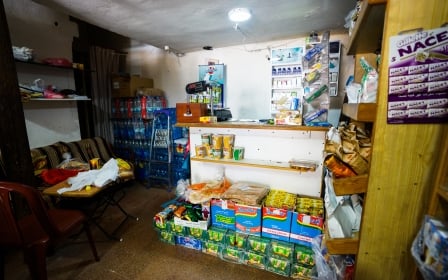