Footage was published on Sunday showing the wreckage of a Russian plane that crashed in Egypt's Sinai Peninsula.

State-funded broadcaster Russia Today shared aerial images of the Russian airliner, on which all 224 passengers were killed when it apparently blew apart above the Egyptian desert on Saturday before crashing.

The Islamic State group has claimed it downed the plane, but this has been dismissed by analysts and aviation experts.

Russian officials have said that the plane broke up in mid-air. An investigation is ongoing into the cause of the crash.

On Monday, an official with the Russian airline Metrojet blamed an "external factor" on the incident, rejecting the possibility that a technical fault caused the company's plane to crash, the Guardian reported. 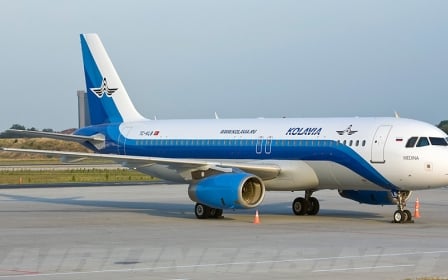