Violence, anger, death: Palestinians and Israelis clash on 'day of rage' against Trump 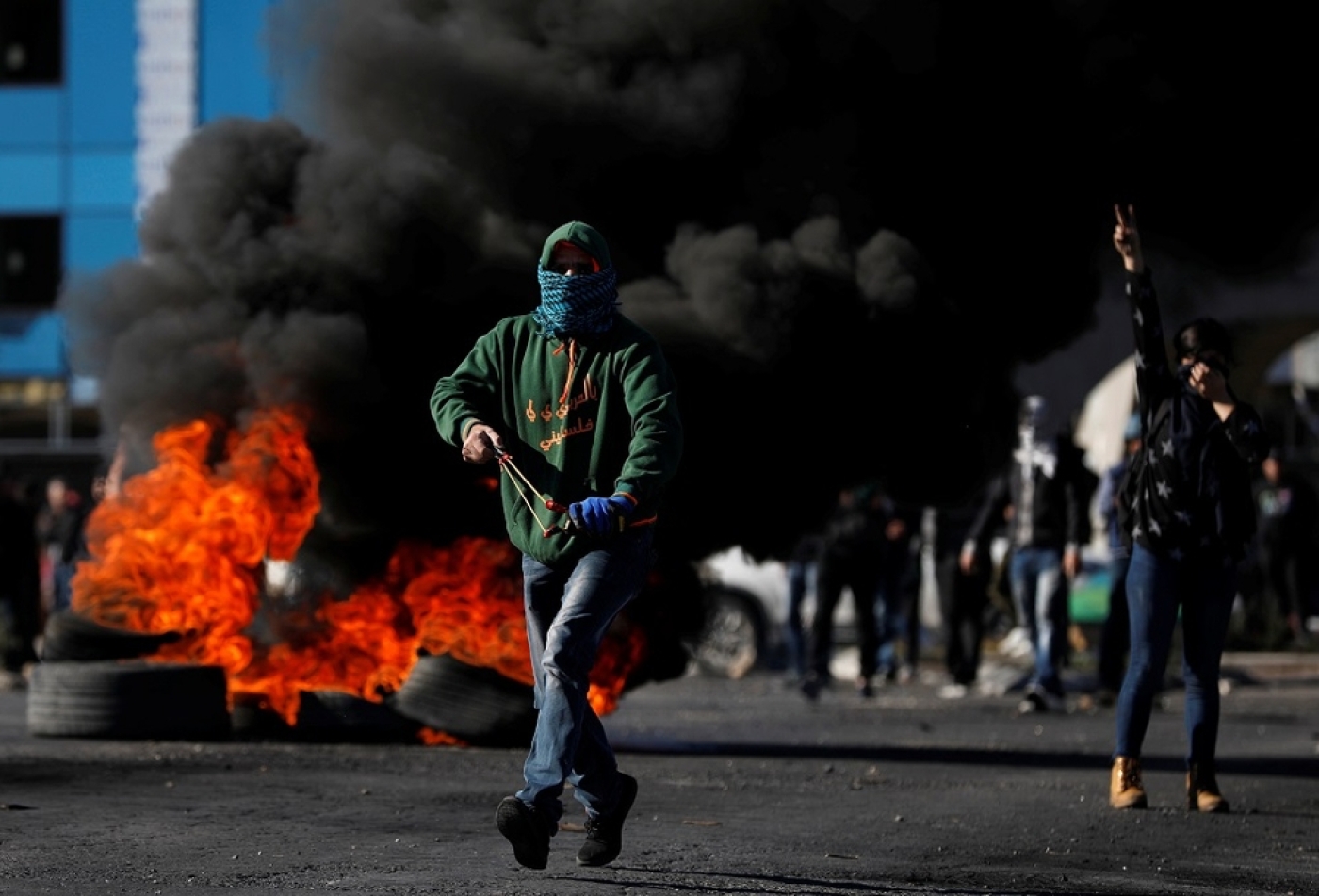 Palestinian protester during clashes with Israeli troops near Jewish settlement of Beit El, near West Bank city of Ramallah (Reuters)
By
Lubna Masarwa

JERUSALEM - Israeli police and Palestinian protesters clashed for a second day on Friday in the occupied West Bank, Jerusalem and Gaza, leaving two dead and hundreds injured as anger boiled over on the streets at US President Donald Trump's recognition of Jerusalem as the capital of Israel.

Palestinian chief negotiator Saeb Erekat told Al Jazeera TV on Friday that the Palestinians will not talk to the United States until Trump has reversed his decision to recognise Jerusalem as Israel's capital.

Erekat also said the Palestinian leadership is considering all options in response to Trump's announcement, the channel reported in a newsflash, without giving further details.

Health authorities in Gaza said two men were killed by Israeli fire as protesters massed in northern and southern areas of the Gaza buffer zone. Ten others were injured in protests.

The death of the second victim was confirmed late on Friday.

A statement from Gaza health ministry spokesman Ashraf al-Qudra announced the death of "Maher Atallah, 54, in the northern Gaza Strip who was injured in clashes this evening."
News as we get it on Palestinian 'day of rage'
Read More »

In Bethlehem, Israeli police fired tear gas and rubber bullets at Palestinians who threw stones and set fires. In the Old City, crowds of Palestinians chanted "Bin Salman, Palestinian will never be humiliated" and demanded the "fall of Saud" - directing anger at the rulers of Saudi Arabia for their support of Trump.

Many protesters in the Old City had attended Friday prayers at al-Aqsa mosque, after Israel lifted restrictions on those who could enter but sent hundreds of extra police to the area.

Hamas, which controls Gaza, called for the "day of rage" while officials from the Palestinian Authority, based in the West Bank, called for peaceful protests.

Khalil al-Hayya, a senior Hamas official, told Middle East Eye: "The only way to fight Trump's decision is forming a national unity. This is the first step towards a third intifada and we will confront this decision with an intifada from Jerusalem.”

This is the first step towards a third intifada.

The violence in Gaza came after Israeli aircraft and a tank attacked two militant posts after three rockets were launched at Israel.

A group called the Tawhid Brigades claimed it had fired the rockets.

Hamas's leader, Ismail Haniyeh, had said on Thursday that a new intifada was the only option to confront the "Zionist policy" supported by Trump and his government.

"We have given instruction to all Hamas members and to all its wings to be fully ready for any new instructions or orders that may be given to confront this strategic danger that threatens Jerusalem and threatens Palestine," Haniyeh said.

Haniyeh called on Mahmoud Abbas, the president of the Palestinian Authority, to withdraw from any talks with Israel, and on Arabs to boycott the Trump administration.

Abbas said on Wednesday the US had abdicated its role as a mediator in peace efforts. However his aide, Naser al-Qidwa, urged Palestinians to stage peaceful protests.

Palestinian leaders were reported to be considering boycotting the US vice president, Mike Pence, when he travels to the region later this month.

We will not welcome Trump's deputy in the Palestinian Territories

Jibril Rajoub, a senior official in Abbas's Fatah party, said: "We will not welcome Trump's deputy in the Palestinian Territories. He asked to meet Abbas on the 19th of this month in Bethlehem - such a meeting will not take place."

At the same time, the former bishop of Jerusalem, Riyah Abu Elasal, told MEE: "We are in a very dangerous situation and we have to address it in serious way.

"What Trump did was pre-arranged with the blessing of the Arab nations. We can't rely on them. The Palestinian people will have to lead themselves.

"Israel can't get rid of the Palestinian residents in Jerusalem. Soon they will realise that this step was a big mistake," said Elasal, adding that it was now time more than ever for Palestinians to create a new vision for their future.

The international community has decried Trump's move to recognise Jerusalem as the Israeli capital, which Palestinians say has wrecked any hope of peace and denies Palestinian aspirations for a state with East Jerusalem as its capital. The effects of the decision began rippling through Israeli politics on Thursday.

Israel's housing minister Yoav Galant, a member of the right-wing Jewish Home party, said he would next week bring to the cabinet for approval 14,000 housing units, 6,000 of which were to be constructed in areas of East Jerusalem and are already at various planning stages.

- Reuters and AFP contributed to this report 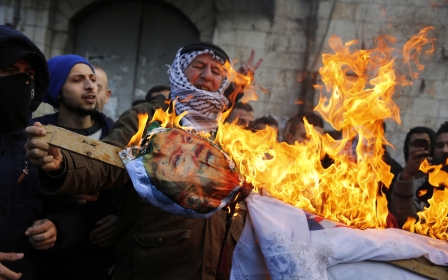 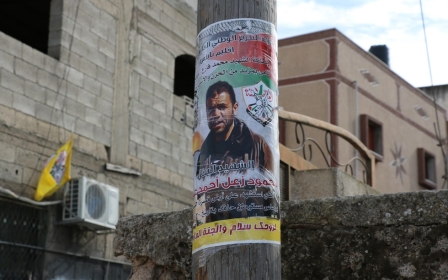