When Yara met Fadi: The story of a Syrian wedding dress under Gaza rubble 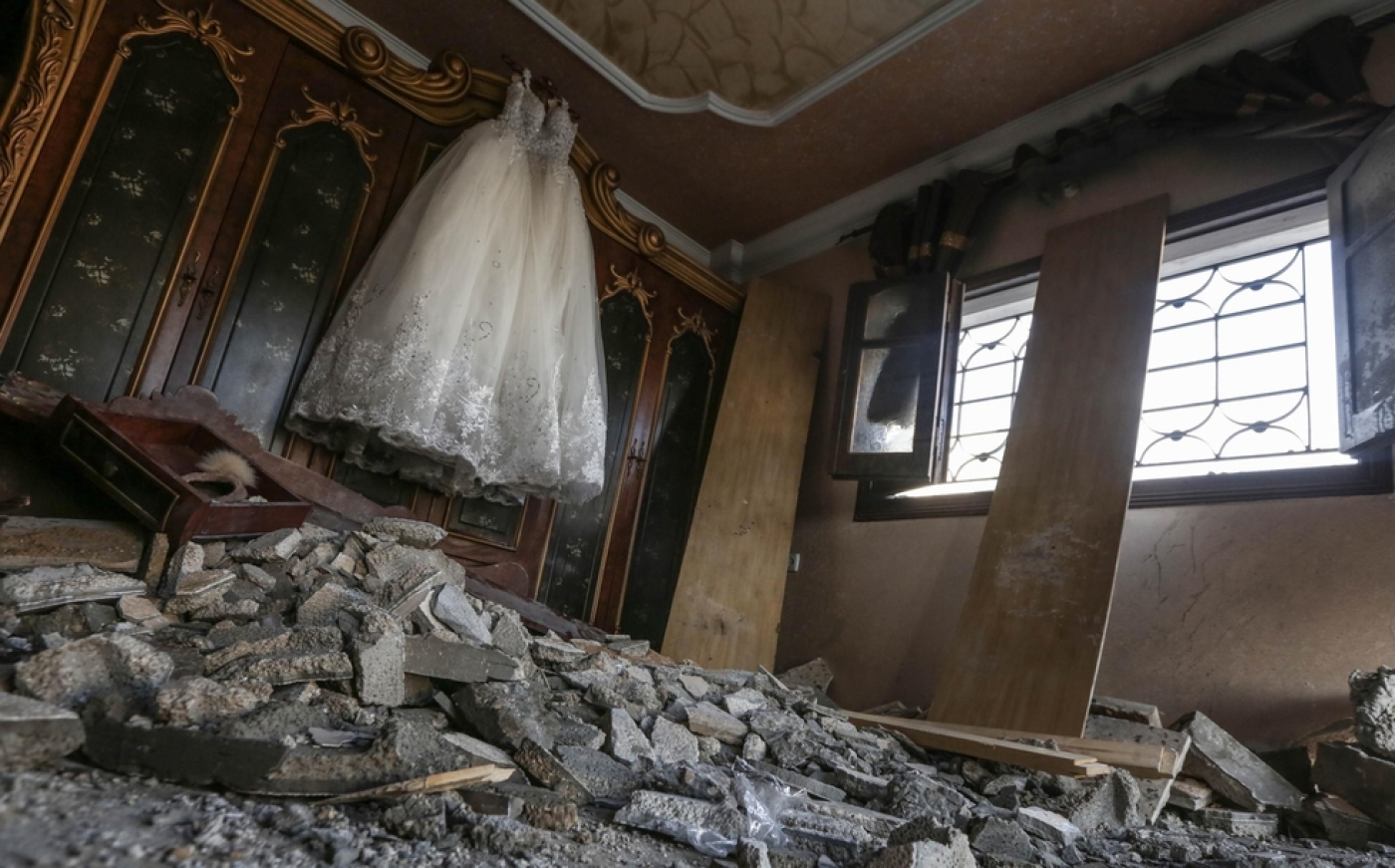 GAZA CITY, Gaza Strip - When Yara first set foot in Gaza in the middle of the night on 8 November, the 22-year-old Syrian woman's journey was the culmination of what had until then seemed an impossible dream.

Yara was finally going to meet Fadi al-Ghazali - the man she fell in love with five years earlier and was set to marry.

On her odyssey from her hometown, Khan Sheikhoun in northwestern Syria, to the blockaded Gaza Strip, Yara's luggage held a precious cargo of embroidered tulle and sequins, a symbol of the hope that had carried her through an arduous, years-long journey: her wedding dress.

Never would Yara have imagined that, only five days after she arrived in Gaza, that very dress would end up buried under rubble.

A love against all odds

Yara and Fadi's love began quite unconventionally in 2013 when the two were only 17 years old.

"I fell in love with Yara five years ago. We met each other on social media, and I immediately knew she was the one," Fadi recalled to Middle East Eye.

Fadi said they bonded because they "shared the same suffering" - him living under Israeli siege facing the dangers of repeated conflicts, and her caught in the devastation of the Syrian war.

"She was going through a hard time, especially a year ago when she witnessed a chemical attack on her town," Fadi recalled. "I was terrified something bad would happen to her."

Those who heard our story laughed, they made fun of how a girl from war-torn Syria would want to marry a man from devastated Gaza

"We supported each other all the time," he said. "We both went through devastating wars and deadly attacks, but this only strengthened our bond and made me love her even more."

Two years into their long-distance romance, Fadi and Yara - who requested not to use her full name or be photographed - decided they wanted to spend the rest of their lives together.

But it took the young couple three more years until Yara was able to reach Gaza, as she struggled to obtain a visa to enter Egypt, from where she would then be able to enter Gaza through the Rafah border crossing.

"Everyone doubted that we could ever meet in person. They said it was almost impossible, but I never gave up," Fadi said. "Those who heard our story laughed, they made fun of how a girl from war-torn Syria would want to marry a man from devastated Gaza."

But Fadi's mother, Umm Hani, was supportive from the start.

"I told her I would not give up even if we had to wait 20 years. She is my son's choice and I loved her from the moment I first talked to her on the phone," she told MEE. "She told me she would never marry anyone but Fadi, and that she was willing to do anything to meet him and come to live with us."

I was so happy I could fly. I never knew before then how happy someone could feel finding their soulmate

Umm Hani did her best to help her son finally meet the "daughter I did not give birth to".

"I called everyone I knew to help us bring her from Syria," Umm Hani said. "I used all means to share her story - some Facebook pages and groups even blocked me for posting too much and asking if someone could help us get her a visa."

Yara submitted visa requests to the Egyptian embassy in Syria six times before an official told her he would help her join her fiance.

"We were so happy we could not believe it," Umm Hani recalled. "Our three-year struggle was finally worth it."

Yara arrived in Egypt on 5 November, and then went on another exhausting, days-long journey to reach Gaza. For two days, the young woman travelled by car from Cairo to Rafah, going through several security checks along the way.

After spending all day at the border crossing, she arrived in Gaza at midnight on 8 November - finally meeting Fadi in person.

"We achieved the impossible," Fadi told MEE. "I was so happy I could fly. I never knew before then how happy someone could feel finding their soulmate."

A future struck down

With Yara in Gaza, the young couple was excited to finally start planning for their future.

"We set the date for the wedding on 18 November, because it is also Fadi's birthday," Umm Hani said. "Fadi and Yara said they were living the best days of their lives during the preparations. They thought that their struggle was over and that they would finally start a new life together."

Yara easily got along with her new in laws, who helped her set up the new apartment, one floor above theirs in the same Gaza City building, where her and Fadi would live together once married.

She hung her wedding dress on the door of the wardrobe in her new bedroom, ready for the long-awaited day.

Unfortunately, Fadi and Yara's struggle was not over yet.

On Monday, 12 November - four days after Yara arrived in Gaza, and six days before their wedding date - Israeli forces launched air strikes across the Gaza Strip.

The escalation of violence came in the wake of a deadly botched Israeli ground operation inside Gaza, prompting Hamas to retaliate by launching hundreds of rockets towards Israel - to which Israel responded with strikes.

At least nine buildings were directly hit in Gaza City, including a building known as al-Rahma, next to the Ghazali home.

"Yara and my mom were arranging her clothes in the bedroom when people in the street started to shout," Fadi said. "Someone pounded on our door and said we had to leave the house immediately, because Israeli F-16s were about to destroy the building.

"I did not know what to do, I didn't take anything with me. We just rushed to the street before several massive air strikes hit the al-Rahma building, causing it to collapse."

By the time a ceasefire was reached on Tuesday, 15 Palestinians and one Israeli had been killed in the span of two days.

After the attack, Fadi and Yara rushed back into their apartment.

"Everything was destroyed: the doors, the windows, the furniture, our bedroom," Fadi recounted. "Yara's wedding dress was under rubble. She was in complete shock."

What could I tell her? Sorry I’ve saved you from one war only to bring you to another one?

Years of savings for their future were now "gone with the wind".

"Yara told me: 'I have been running away from war my entire life, but this monster seems to have chased after me and found me'," Fadi said.

"I was speechless. I did not know how to make it up to her. What could I tell her? Sorry I've saved you from one war only to bring you to another one?"

Yara was scared her parents back in Syria would find out what had happened.

"Her parents were worried she would leave them and come to Gaza," Umm Hani said. "How can I tell them now that their fears were justified? ... Her apartment was destroyed and she would have been killed if she had not left it right before the attack."

With their life plans now in jeopardy, the couple has begun asking themselves whether they should not only postpone their wedding but forego a wedding party altogether.

"How could we have a party and be happy again after we've lost everything?" Fadi asked. "All I know now is that I need to make it up to Yara. She's already gone through enough."

But amid their hardships, hope has sprung anew.

A photograph of Yara's dress hanging amid broken cement and debris gained attention in Gaza - and sympathy poured in as details of the young couple's unlikely love story became known. A local kitchenware business announced it would donate ceramic plates to make up for their broken wares.

My family owns a small gym in Gaza, barely making any profits because of the siege. Yesterday they gifted a Syrian and Palestinian couple who lost their apartment just before their wedding a package of free services to help overcome their tragedy, many donated and helped too!

Soon enough, other businesses and individuals followed suit - donating money, goods and services to help get Fadi and Yara back on their feet.

The outpouring of community support has reinforced the two young people's commitment to one another, as Fadi told Yara not to give up: "We will tell our children and grandchildren about all the suffering and obstacles we had to go through in order to stay together." 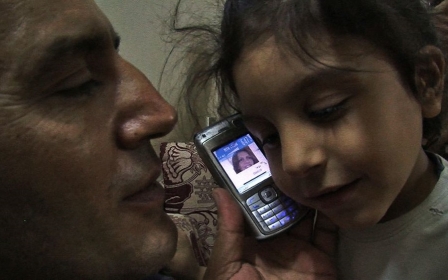 Culture
Love in the time of revolution 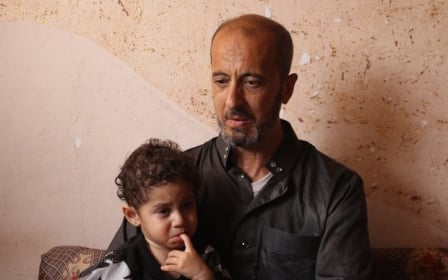 Inside Iran
Love in the shadows: The Iranians who risk punishment for their 'white wedding'