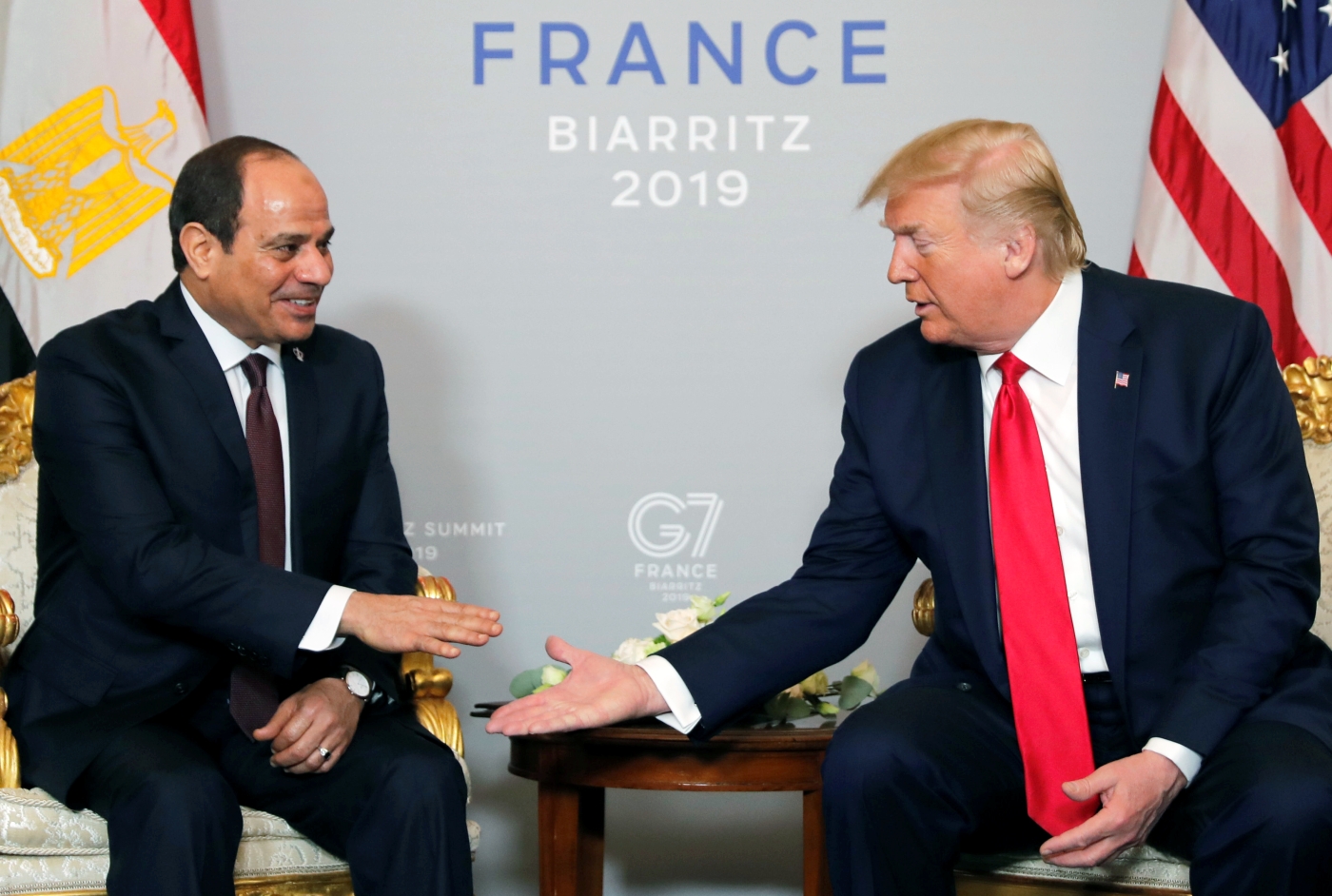 Before calling Abdel Fattah el-Sisi a "good man" and a "great leader" during a meeting at the G7 summit in France last month, Donald Trump asked - referring to the Egyptian president - "Where’s my favourite dictator?"

The Wall Street Journal reported the incident on Friday, citing several witnesses who were in the room when the US president uttered the question, without identifying them.

While Trump may have been joking when he asked the question, referring to Sisi as a "favourite dictator" highlights the dire human rights abuses in Egypt as well as the White House's tacit acceptance of those violations.

Since coming to power in a 2013 military coup that toppled the country's first freely elected president, Mohamed Morsi, Sisi has jailed as many as 60,000 dissidents, rights groups say.

The Egyptian president has also blacklisted Morsi's Muslim Brotherhood and snuffed all forms of opposition, including tightening his grip on the country's media.

Morsi died in jail, where he remained for almost six years after the coup. A 2018 report by members of the UK Parliament had warned that the "cruel, inhuman and degrading" conditions of Morsi's detention, including lack of medical care, may lead to his death.

Still, despite the rampant abuses that Washington acknowledges in the US State Department's report on human rights, Trump has formed a strong relationship with Sisi, often praising him as a good, "tough" leader.

When the two met in New York last year, the US president congratulated Sisi for doing an "outstanding job".  At a summit in Riyadh in 2017, Trump complimented his Egyptian counterpart's shoes.

More important than the professed personal admiration, Trump has not answered the call of human rights groups and Egyptian-American activists who have been urging Washington to place human rights pre-conditions on the $1.3bn in US military aid to Egypt.

At the Paris meeting last month, Trump lauded Sisi yet again after calling the Egyptian president his "favourite dictator".

"He’s a very tough man, I will tell you that. But he’s also a good man, and he’s done a fantastic job in Egypt," Trump said. Women
Egypt's easy riders: How scooter sisters are taking back the road