Why are so many Tunisians joining IS?

While Tunisia is managing its democratic transition, it is also the number-one supplier for recruits for IS 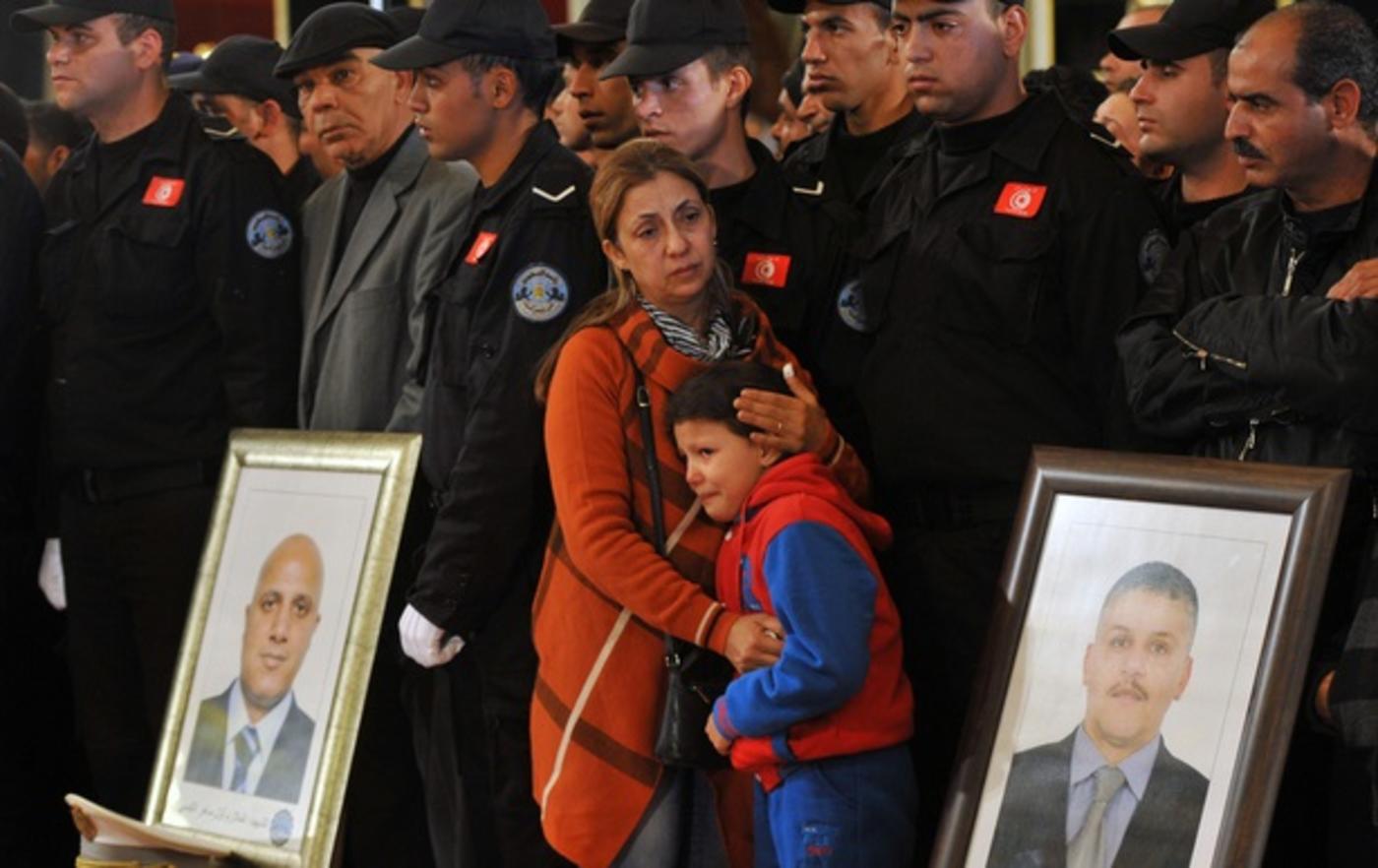 A mother and son grieve at a funeral for police killed in an attack by Islamic State group in Tunis. Some 5,500 Tunisian citizens are now fighting in Syria and in Libya (AFP)
By
Rafika Bendermel

To understand the stark fact that more Tunisians than any other nationality have joined the Islamic State group in recent years, NGOs and sociologists have looked for answers among Tunisia's youth. The results of their studies point to a profound disenchantment and alienation from the state and widespread marginalisation.

A survey carried out in the southern Tunis neighbourhoods of Douar Hicher and Hay Ettadhamen, in which 800 young people were interviewed by NGO International Alert in 2015, found “an acute awareness of injustice and relegation”. About 95 percent of those interviewed said they mistrust the state institutions and the police.

According to the survey, this loss of trust stems from the increase of corruption, even after the revolution, given the absenteeism of local officials and continued marginalisation.

After the revolution comes the disappointment

Olfa Lamloum, sociologist and co-author of the study, said: “We have no choice but to notice that four years after the revolution, the majority of young people from those neighbourhoods are still being left out of the basic social attributes of their citizenship i.e health insurance, social welfare, public infrastructures, not to mention the non-existence of cultural and leisure facilities.”

Nevertheless, while economic insecurity and social exclusion are factors encouraging radicalisation, they are not the only ones. In La Marsa, an upper-class neighbourhood in North Tunis, several young people have volunteered to fight in Syria.

“Three young men from here died. One of them was very shy, very introverted. The ‘recruiters,’ many of them are around here, spotted that and this is how they got him to enroll,” Marwen, a plumber in La Marsa, told Middle East Eye.

“Among one single family, six children have gone to Syria. Yet, they come from a middle-class family. So how do you explain this? The reason is that they grew up in a country without moral values. During the former regime, a family man could be humiliated in front of his kids by the lowest employee of an administration, without being able to defend himself. The father figure has been shattered. They all grew up without a sense of respect for the law because of corruption,” says Mohamed, a foreign language teacher in La Marsa.

This situation is being fully exploited by the Islamic State (IS), he said.

Since 2011, the permeability of borders has encouraged thousands of young Tunisians to flee abroad. They go to Europe, Syria or Libya. According to the UN, Tunisian has become the most common nationality of foreign militants fighting for IS, both in number and proportion of its population. Some 5,500 Tunisian citizens are now fighting in Syria and in Libya. According to a CNN study, around 8,800 young Tunisians have been stopped at the border.

In Gafsa, Abdallah has fought to prevent his 21-year-old son Selim from joining a Takfiri network. Selim, a devout Muslim without a college degree, was approached by a self-proclaimed “emir” who encouraged him to fight in Syria. Abdallah’s son was a prime target for that movement. His father decided then to send him away to a “very expensive private school” in Sousse. Not everyone can afford to do that.

For others who have broken ties with society, the government does not really give them any option. The lack of a social policy to reduce social disparities only encourages the youth to leave the country more. In a country where 50 percent of the population is under the age of 35, nothing is being done to bring back trust among them.

There is no such thing as youth policy. Youth centres stay empty. Unemployment is soaring and no reforms of the corrupt economic sector are planned. According to the World Bank, 25 percent of Tunisian wealth is controlled by an elite, large sectors of activities such as transportation, insurance or real estate only provide one percent of employment.

Police violence, a limit to counter-terrorism

The lingering police brutality against young people of South Tunis is another reason that leads them to feel locked up, as if they were under house arrest. They are caught in between armed activists and the police. They fear both.

The absence of reforms within the security department has created a crisis of confidence, and this explains why families of youth who have gone to Syria refuse to talk. Police brutality is counterproductive since it discourages people to pass on essential information - not to mention the non-existence of an efficient witness protection programme.

Some people fear they might be suspected of complicity with the police by terrorists. They feel as though they’re all on their own. Adel, social worker in Gafsa said: “They are people who just don’t want to talk - they are scared. Even the ones who were manipulated but eventually came back are scared. We need to set up a psychological and counselling care programme.”

In its July 2015 report, the International Crisis Group points out that the system’s shortcomings are mainly caused by the lack of respect for daily police procedures. Citizens are being neglected, which leads to a lack of cooperation between the population and the police, which is crucial when it comes to fighting terrorism.

Rural areas and mountains are a weak spot

In rural areas, sometimes the strongholds of militias, inhabitants are quite vulnerable.

In Kasserine a few weeks ago and in Jelma near Sidi Bouzid on 13 November, an armed group murdered two shepherds. They had both refused to provide them with sheep. The armed group justified the murders by accusing the shepherds of “working for” the authorities. That allegation was denied by the interior ministry.

The increasing marginalisation of the inland regions makes the situation even more complex.

Police repression during demonstrations organised by the population calling for the development of their regions has established a balance of powers that often turns into clashes between the youth and the police. Many police stations have been burned down since the revolution.

Since 2012, Kasserine governorate has become the scene of many clashes between armed groups and security forces. Its mountainous area and proximity with the Algerian border makes it a fertile land for terrorism. Kasserine is also the poorest region of the country. Youth unemployment rate is the highest, the number of university students is no higher than three percent, and the baccalaureate success rate is only 10 percent. Sixty percent of the population does not have health insurance.

Even though a certain patriotic feeling still remains (see this TV interview of the young murdered shepherd’s cousin in Sidi Bouzid), the marginalisation still persists, which induces a rejection of politics and the feeling that the government only protects the elites.

Thus, the feeling of insecurity has increased in the past five years. Another International Alert study carried out on 501 inhabitants of five districts (Sbeitla, Kasserine North, Ezzouhour, Feriana and Majel Belabes), confirms that feeling. According to those surveyed, insecurity takes various forms: terrorism, delinquency and poverty.

How to fight indoctrination and recruitment?

In their answers to the survey, people of Kasserine suggest some guidelines for reflection in order to fight terrorism. They support ideas such as getting the inhabitants involved in the security process and reinforcing the cooperation between inhabitants and the police, especially when it comes to sharing information. They also request reopening the case of the martyrs of the revolution (a third of the victims of the police repression during the uprising against Ben Ali originated from Kasserine), and first and foremost, the fight against corruption.

The reasons for radicalisation are various, however, they are all rooted in deep feelings of injustice and disappointment due to the unkept promises that were made after the 2011 uprising: access to economic and social rights, more jobs for the youth, and reforms in the security ministry.

Though political transition has allowed liberals and Islamists to collaborate, lower social classes remain marginalised and underrepresented. Since the Islamist party Ennahdha ceded power to a government led by Nidaa Tounes, it has not been able to supervise the religious-based radical protest movement, which led to a clear void that has been filled since by the militants.

To sum up, according to many inhabitants, only an increase in trust between the government, especially the security department, and the population will ease the tensions and allow an efficient fight against terrorism. To the question “What do you think is the most efficient way to fight insecurity?” 99.4 percent out the 501 people of Kasserine surveyed answered clearly: respect for human rights.

This piece was originally published on Middle East Eye's French page and translated by Nassima Demiche. 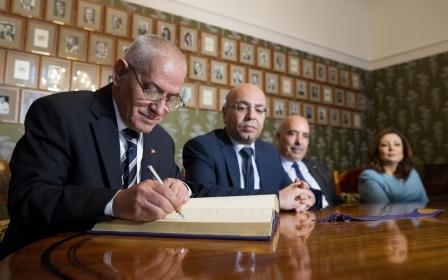 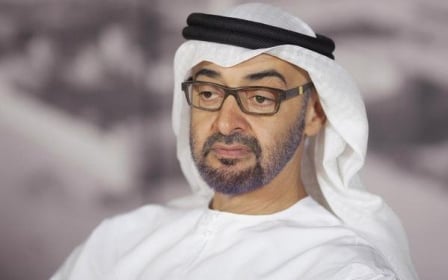 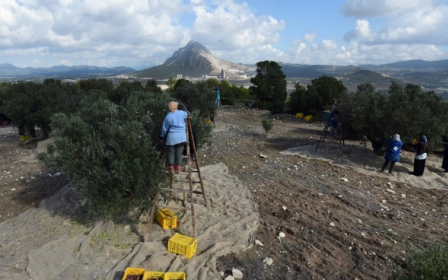