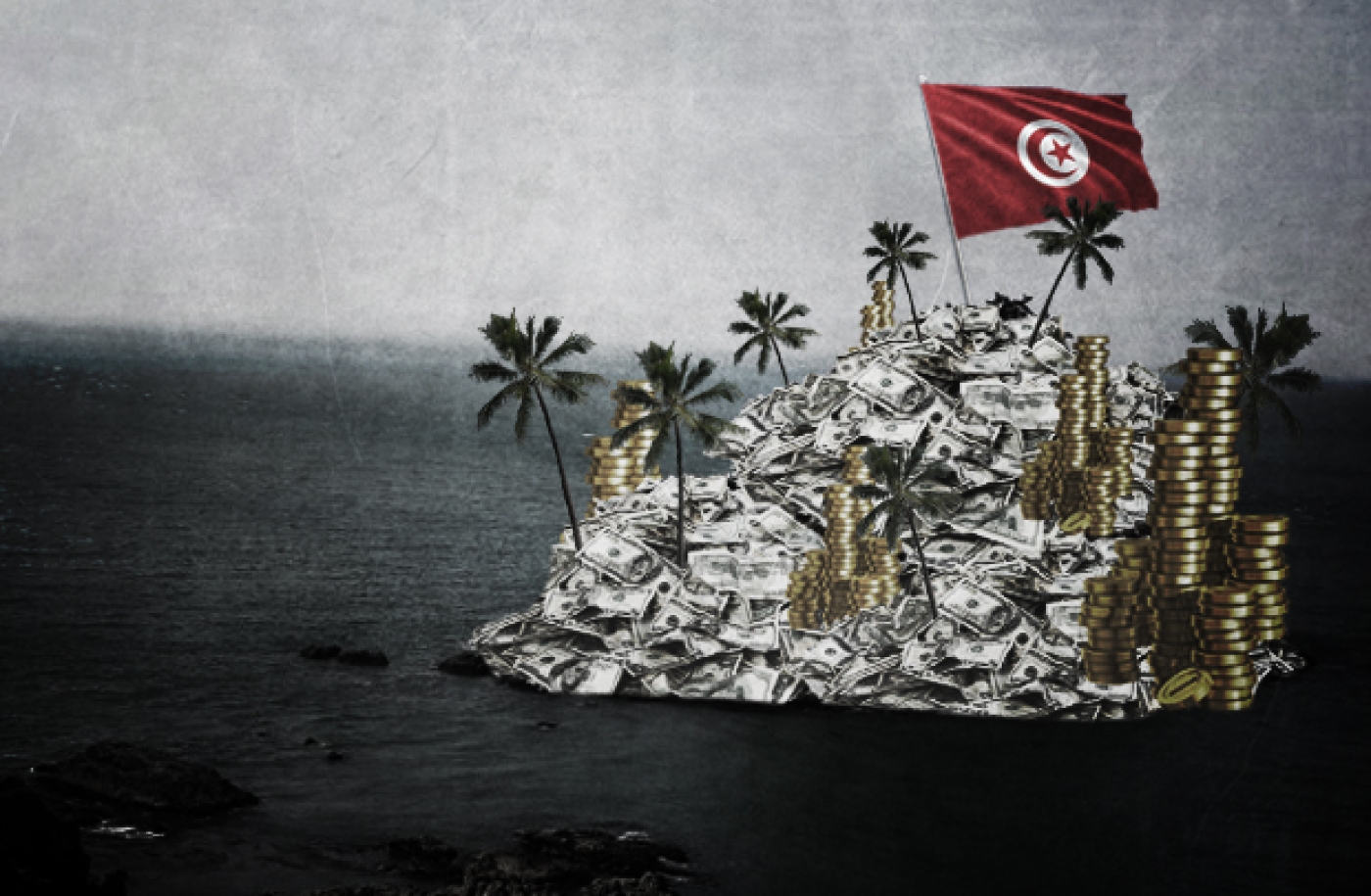 "We are not a tax haven. We are not giving privileges," a senior finance minister said (MEE)
By
Dania Akkad

Tunisia was listed on an EU tax haven blacklist after officials in Brussels refused to accept a letter promising reforms because it arrived several hours too late, Middle East Eye can reveal.

In early December, the north African country - alongside the UAE, Bahrain and 14 other countries - was placed on the EU's first-ever tax haven blacklist.

Drawn up in the wake of the Panama Papers leak, the so-called Code of Conduct group's list was praised for its robust pursuit of tax cheaters, but also widely criticised for failing to apply its criteria to its own states which have some of the world’s worst tax havens.

It seems that they didn’t take into account our letter on 4 December and now, by taking it into account, they decided to remove Tunisia

Tunisia's inclusion on the list sparked surprise and anger in the fledgling democracy, coming just weeks before thousands took to the streets to demonstrate against rising taxes, cuts to subsidies and high unemployment.

Then six weeks later, Tunisia and seven others, again including Panama, were dropped from the list without explanation.

But a senior Tunisian finance minister has told MEE that the country had agreed to review the low taxes charged in its "offshore" sector, the issue that had flagged it to the EU in the first place, and wrote a letter to confirm it, but the letter arrived after 5pm on the day before the announcement.

Tunisia never belonged on the list, he said, and doesn't even belong on the so-called gray list where it has now been moved.

"We are not a tax haven. We are not giving privileges," he said. "It's for our development policy and it’s not related to any money laundering or anything like that."

The contentious list was drawn up by the Code of Conduct working group, made up of tax experts from EU member countries which doesn't release minutes of its meetings.

"You get more fruitful discussion behind closed doors," a member of the group told the EU Observer. "Taxation is a very sensitive issue. It is important for member states to speak freely."

According to a document released after EU ministers adopted the list in early December, Tunisia had been placed on it for having "harmful preferential tax regimes". The EU ambassador to Tunisia also told a local radio station that the country had ended up on the list for issues related to its "offshore" sector.

If after one month, countries are able to be removed without knowing why, it makes the process quite shady

But for many Tunisians, little else was clear and the lack of detail about how their country had ended up on a list with notorious tax haven Panama fed already healthy speculation at a politically tricky moment.

"Because there was a shortage of discussion about this in both Tunisian and international media, and because the mechanisms by which the decisions were taken is not known to the general public, rumours spread like fire," said Youssef Cherif, a Tunisian political analyst.

It was rumoured that Tunisia had made a backdoor deal to accept more IMF-style austerity measures in exchange for getting off the list. Or that the Europeans were attempting to weaken Tunisia’s hand ahead of trade negotiations with the EU.

But the lack of detail also sparked criticism over the credibility of the entire process.

"If after one month, countries are able to be removed without knowing why, it makes the process quite shady," said Elena Gaita, policy officer with Transparency International.

Most importantly, Gaita said, without knowing what specifically countries have promised to get off the list, civil societies won’t be able to hold their governments and elected officials to account.

Rahji said the EU group was troubled by the low taxes that Tunisia has been charging businesses that export most of their goods abroad, referred to as Tunisia's offshore sector.

In the 1970s, the EU and the World Bank encouraged the system as a part of a restructuring of Tunisia's economy and it helped the country integrate into the EU economic zone.

Officially created in 1972, the system was never criticised under the dictatorships of Habib Bourghiba or Zine el-Abidine Ben Ali - and was actually praised by former IMF chief Dominique Straus-Kahn who said Tunisia was a "good student".

Until 2015, zero taxes were charged on offshore businesses. Today, it's 15 percent.

Rahji said he believes the EU is concerned that its own firms will relocate to Tunisia to take advantage of the tax system.

But for Tunisia, he said, the policy remains central to its ability to develop its economy.

"We want to use these incentivist policies for exporters to get a huge export sector in Tunisia to support our trade balance," Rajhi said. "If we remove these... there is no incentive for them to set up a strong export sector."

Analysts said that while the initial listing had been a surprise, the incident has also highlighted bureaucracy in Tunisia that has hung on from before the 2011 uprisings.

Tunisian analyst and Carnegie Middle East Program fellow Sarah Yerkes said: "People were shocked. 'How can country X that is so corrupt and that is so whatever not be on the list, but we are and we have done so much already'.

"But there was also, among some Tunisian analyst, the understanding that this is a Tunisian bureaucratic problem," she said.

Yerkes happened to be in Brussels when the list was announced where the view was very different.

"Some of the EU officials I talked with were really frustrated with the Tunisian authorities because they said, 'We gave them every opportunity not to be on this list. We handed this to them on a platter'," she said.

Morocco, she said she was told, had been in a similar position to Tunisia, but Morocco "got its act together and Tunisia didn't and that was another frustration".

Cherif, the Tunisian analyst, said Tunisians were not only shocked because of the EU market's importance to the country "but also because few Tunisians are enjoying the tax haven Europe is talking about," he said. "Some jokingly call Tunisia a tax hell."

"It doesn't mean that the fiscal system is perfect or the country's bureaucracy is a model to follow," Cherif said. "They need major restructuring and maybe this decision will lead to that."

The EU's Code of Conduct group did not respond to requests for comment on this story. 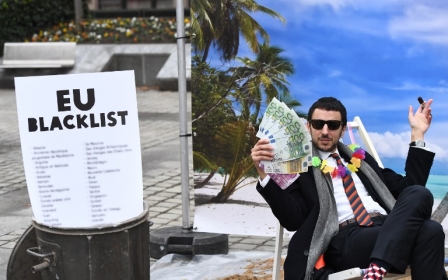 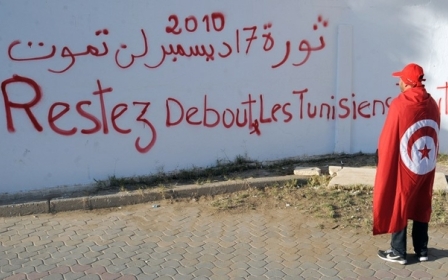 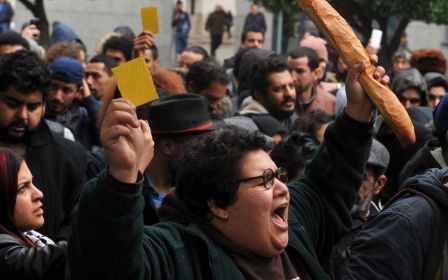