Fighters with forces loyal to Yemen's Saudi-backed government hold a position against Houthi rebels in Yemen's northeastern province of Marib, on 16 April 2021 (AFP)
By
MEE and agencies

At least 65 fighters have been killed over the past two days in the battle for Yemen's government-controlled Marib as Houthi rebels have advanced towards the city centre, military sources told AFP.

The rebels have taken full control of the northwest Kassara battlefront and made progress on western front lines despite air strikes by the Saudi-led coalition that backs Yemen's government.

Marib and its surrounding oil fields make up the last significant pocket of government-held territory in the north, the rest of which is under rebel control, including the capital, Sanaa.

Amid fierce fighting, the casualties over the past two days include some 26 loyalist forces, among them four officers, the government sources told AFP. The Iran-backed Houthis rarely disclose their own losses.

Hadhiri was reportedly killed while participating in the raging fighting between the army and the Houthis at the Al-Mashjah front, west of Marib city, according to Mohamed Qizan, a senior official at the information ministry in the internationally recognised government.

Translation: "Major General Abdullah Al-Hadhiri, Director of the Military Judicial Department, meets his Lord as a glorified martyr while he is at the frontlines facing Houthi gangs at Al-Mashjah in Marib."

During Hadhiri's tenure, in July 2020 the military judiciary began the first trial of the top Houthi leader, Abdul-Malik al-Houthi, and 174 of his group on charges of "a coup attempt and the establishment of an armed terrorist organisation under the supervision of Iran and the Lebanese Hezbollah".

Ahmed, a pro-government fighter in Marib province, pledged to retaliate for Hadhiri's murder.

"Fighters vowed to take revenge from the Houthis by recapturing the seized areas, and we can do that in the coming few days," Ahmed told Middle East Eye.

He confirmed that the Houthis had advanced at Kassara and Mashjah, but said reinforcements have arrived for the pro-government forces in Marib, and now they are planning to recapture the seized areas in the Kassara area. 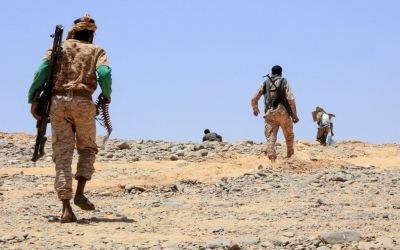 "The nature of battles is attack and retreat. It is true the Houthi militias advanced in Kassara yesterday, but we will attack them and recapture it soon," Ahmed said on Sunday.

"We shouldn't talk about the advance of the Houthi militia but about their casualties. They are sending their fighters in an unplanned way to the front lines, and hundreds were killed and injured, while we care about our lives and we advance with the least loss."

While initial reports said there have been a combined 65 deaths from both sides during the past two days, Ahmed believed that casualties were much more than that, stating that battles were still going on and there were more casualties every hour.

Ahmed said the Marib battle has united rivals from the Islah movement and the government of Abd Rabbuh Mansour Hadi against the Houthis.

"The internal disputes between Islah and other parties helped the Houthi militia to take over Nihm, but now Marib battles unite them all, and it is impossible for the Houthis to take over Marib city.

"I can see that anti-Houthi fighters from different parties and sides are now fighting shoulder to shoulder against the Houthis in Marib as it is a strategic province for pro-Hadi forces and not only for Islah."

Fears of a humanitarian disaster

With the Houthis taking control of the Kassara front, the battles have moved to the Al-Mil area, which is a mere six kilometres from the centre of Marib and its population centres, they said.

However, mountains around Al-Mil remain a formidable barrier to the rebels, who launched a fierce campaign for Marib city in February.

The government sources said the Houthis had poured in hundreds of reinforcements in recent days to achieve their gains, resorting to motorbikes after the coalition targeted their military vehicles.

The loss of Marib would be a disaster for the Yemeni government and for Saudi Arabia, which has supported it militarily since March 2015, after the rebels captured Sanaa. The Houthis, officially known as Ansarallah, have since seized large areas of the country. The city's fall could also lead to a humanitarian disaster, as vast numbers of civilians displaced from fighting elsewhere have sought refuge in the area.

Since the beginning of 2021, the escalation in hostilities has led to the displacement of over 13,600 people (2,272 families) in Marib, a region that is hosting a quarter of Yemen's four million internally displaced people, according to the UNHCR.

"In March alone, there were 40 civilian casualties, including 13 in makeshift settlements for displaced families. This is the highest number in a month since 2018 in Marib," according to UNHCR.

Abdulmalik, a resident in Marib city, stated that people in the city are worried about the situation as they can hear shelling in the outskirts of the city, but he believes that the Houthis will not take over the city.

"It isn't easy for the Houthis to take over the city, and even if they advanced in the outskirts that can be a kind of technical withdrawal and other military issues," he told MEE.

"I can see some military leaders in the Yemeni government are based in Marib. They won't disappoint Marib. It is their last province in the north where they can stay safely."

The Houthis have yet to comment on the recent battles in Marib, but a Houthi supporter in Sanaa who was originally from Marib told MEE: "Marib is a strategic province, and there is injustice by the mercenaries [pro-government authorities], so we call on Ansarallah to take over it as soon as possible."

He said the pro-government forces have detained and killed people, including children and women, under the pretext of supporting the Houthis.

"Ansarallah have achieved major advances in Marib, so the city won't be that difficult for them [to take]."

The UN Security Council warned earlier this month that Houthi attempts to take control of Marib would place internally displaced people at high risk and would threaten efforts to reach a political settlement.

Likewise, in March, western governments , including those of France, Germany, Italy, the UK and US, condemned the Houthi offensive on Marib, warning that the attack was "worsening an already dire humanitarian crisis".

However, the Ansarallah movement said that capturing Marib would give them a better bargaining position in peace talks that Washington says must start soon.

On 12 April, the United Nations, on the sidelines of a virtual meeting of world powers, reiterated calls for all parties to come together and "seize the opportunity" for a diplomatic solution.

Martin Griffiths, the UN special envoy for Yemen, said that peace efforts had reached a "critical moment" after six years of conflict.

The conflict has killed hundreds of thousands of people and pushed millions to the brink of famine, in what the United Nations has described as the world's "worst humanitarian crisis". 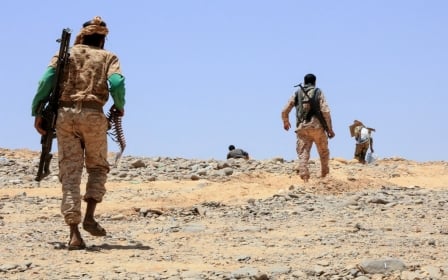 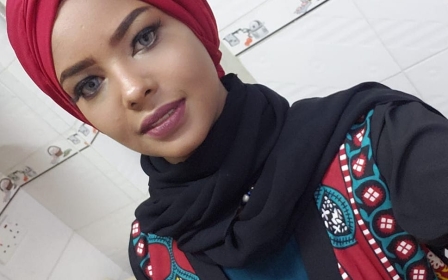