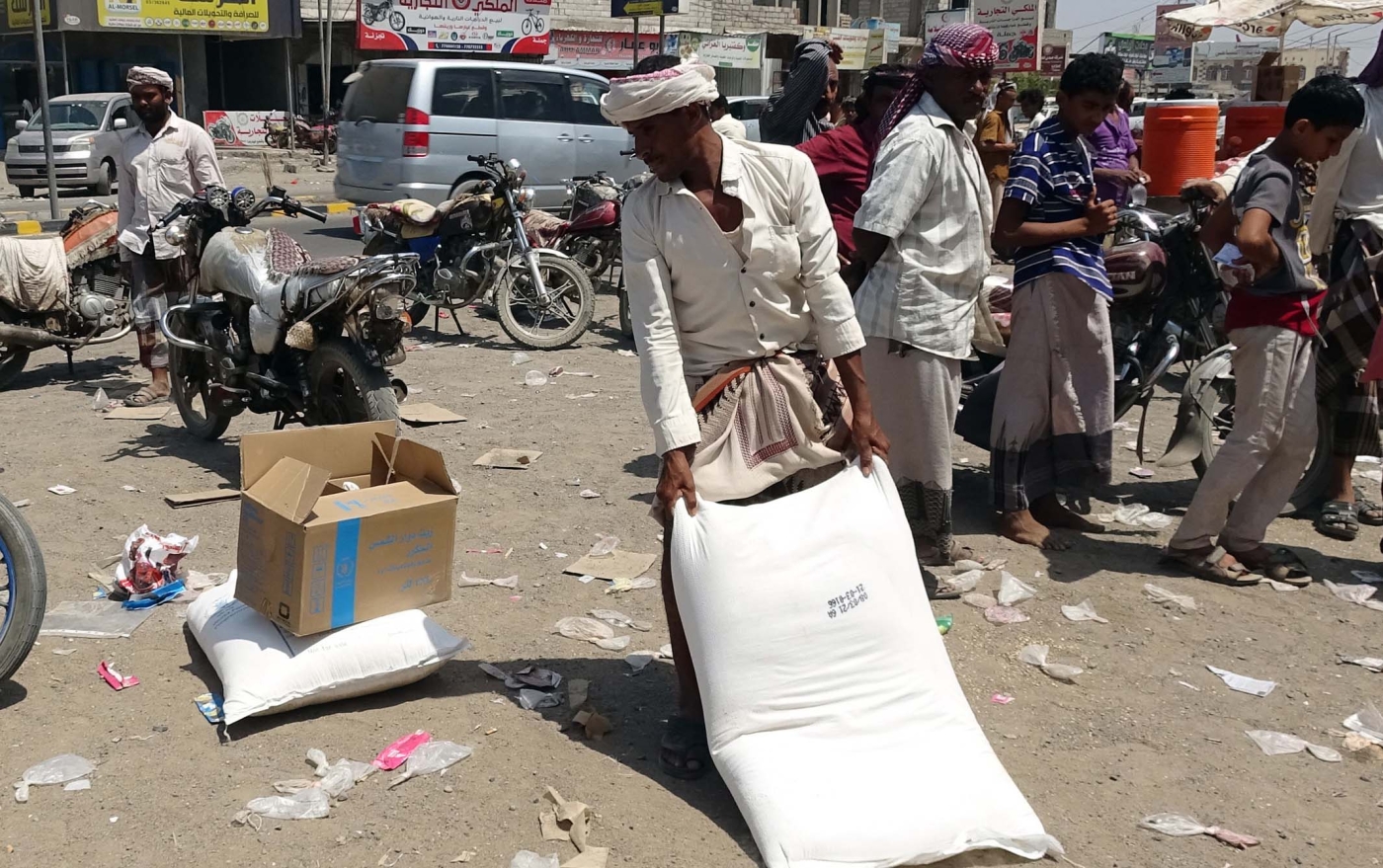 UN data shows that food imports through the ports of Hodeidah and Saleef dropped from 483,000 tonnes a month to 268,000 tonnes in February (AFP)
By
MEE staff
in
Washington

More than 70 US lawmakers sent a letter to President Joe Biden on Tuesday urging him to "publicly pressure" Saudi Arabia into ending its "unconscionable" blockade on Yemen.

The letter, led by Congressmen Ro Khanna, Mark Pocan, and Congresswoman Debbie Dingell, said while ongoing peace negotiations should be supported, ending the blockade should be treated as a separate issue.

"We ask you to take additional steps to publicly pressure Saudi Arabia to lift this blockade immediately, unilaterally, and comprehensively," the letter read.

'The blockade has been a leading driver of Yemen's humanitarian catastrophe'

- Letter to US President Joe Biden

"We strongly support a comprehensive political settlement that addresses all aspects of the conflict, including a nationwide ceasefire, currency stabilization, and payment of government salaries.

"At the same time, a US demand to end the blockade must occur independently of negotiations."

Saudi Arabia and its regional allies, chiefly the United Arab Emirates, started a bombing campaign against Yemen's Houthi rebels in March 2015. The coalition also introduced an air and naval blockade that it says aims to prevent the Houthis from smuggling weapons into the country.

The UN and several human rights groups have said the blockade has heavily restricted the flow of aid and goods coming into the country, putting millions at risk of famine.

A child is dying every 75 seconds in Yemen. Today, I met with @LiberateYemen activists who have been on a hunger strike for the past 9 days to demand an end to the inhumane U.S. backed Saudi blockade in Yemen.

Proud to support this letter. https://t.co/3MfDuSGUka

"The blockade has been a leading driver of Yemen's humanitarian catastrophe since 2015 and has contributed to shortages of fuel, affordable food, clean water, electricity and transportation," Khanna, Pocan, and Dingell said in a statement.

A similar letter to Biden was sent on Tuesday by a coalition of more than 70 humanitarian and rights groups and was signed by dozens of activists and celebrities.

"This moral imperative requires the United States to pressure Saudi Arabia to lift this blockade immediately, unilaterally, and comprehensively," the groups' letter read.

On Tuesday, Congresswoman Ilhan Omar met with activists who are staging a hunger strike in Washington to demand an end to the blockade.

"The blockade is violence. It is cruel, inhumane," Iman Saleh, one of the organisers of the hunger strike told MEE last week.

There have been renewed calls to lift the blockade after media reports showed that fuel shortages caused by the blockade were increasing the threat of famine in the war-torn country.

A CNN report last month found that not a single oil tanker had been able to dock in the Hodeidah port this year as a result of the blockade enforced by Saudi ships. 'US is complicit': Activists protest against Yemen blockade with hunger strike
Read More »

UN data showed that food imports through the ports of Hodeidah and Saleef dropped from 483,000 tonnes a month to 268,000 tonnes in February.

"We must end this blockade and stop using mass starvation as a weapon of war," Omar tweeted on Monday.

Still, in an interview with CNN aired on Monday, Saudi Foreign Minister Prince Faisal bin Farhan denied that there was an ongoing blockade.

"There is no blockade. There is a mechanism with the United Nations to allow ships to enter. And that mechanism is continuing to be applied," he said.

Last month, Riyadh announced a ceasefire initiative to halt the fighting in Yemen, but it was turned down by the Houthis who said the kingdom should first lift its blockade, then propose a peace offer. 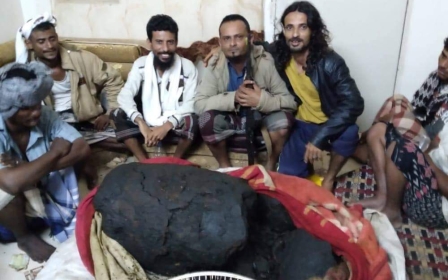 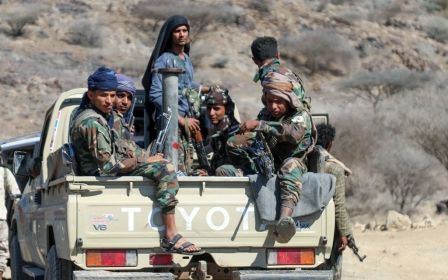 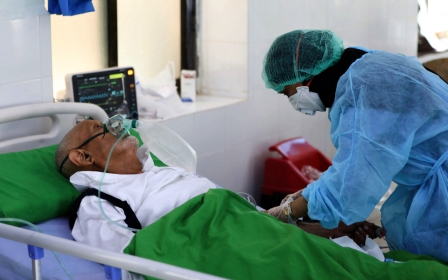