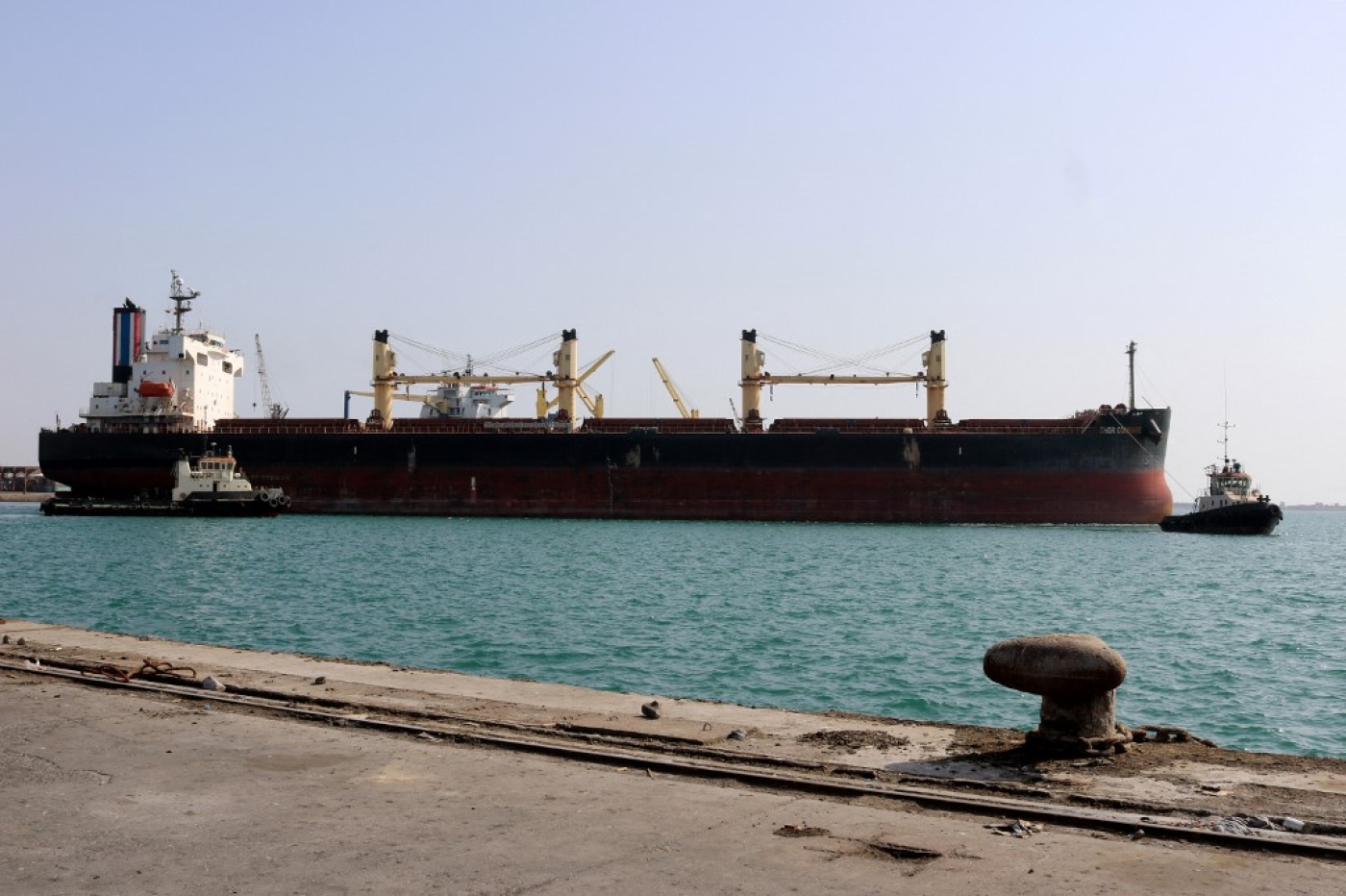 UN data shows food imports through ports of Hodeidah and Saleef dropped by 200,000 tonnes a month in February (AFP)
By
MEE staff

The Saudi-led coalition has cleared four fuel ships to dock at Yemen's Red Sea port of Hodeidah, two sources familiar with the matter said, after Yemen's internationally recognised government said it approved entry of some vessels.

Four vessels, including two carrying a total of 45,000 tonnes of gas oil, a ship loaded with 5,000 tonnes of liquefied petroleum gas and a fourth tanker with 22,700 tonnes of fuel oil have received clearance from the coalition, the sources told Reuters.

However, they had yet to begin moving towards the Houthi-controlled Hodeidah port as of Wednesday morning, Reuters reported. Yemen's foreign ministry said on Wednesday it had allowed a number of fuel vessels to enter Hodeidah to ease the humanitarian situation but provided no further details.

The Houthis' chief negotiator, Mohamed Abdulsalam, said on Twitter: "The provision of fuel, food, medical and basic goods is a humanitarian and legal right for the Yemeni people. We do not accept any military or political conditions for receiving them."

The move comes days after Saudi Arabia announced a ceasefire initiative to halt the fighting amid renewed calls from US lawmakers and the UN to lift the air and naval blockade.

The clearance was welcomed by humanitarian group Oxfam, which noted that fuel shortages in Yemen "have caused power outages affecting food supplies" and have been a main factor in creating the "world's largest humanitarian disaster".

"The move hopefully sets a precedent allowing full access of essential food and fuel imports, and humanitarian aid to a country on the brink of famine," Muhsin Siddiquey, Oxfam's Yemen director, said in a statement.

"The blockade has been a critical factor in creating the world's largest humanitarian crisis and must be fully lifted to prevent further suffering."

Since US President Joe Biden announced an end to support for offensive operations in the Saudi-led coalition's war in Yemen, lawmakers have been ramping up pressure on both Riyadh and Washington to lift the blockade.

Congressman Ro Khanna, who has long advocated for an end to the war in Yemen, urged the Biden administration to "lift the blockade" last month, arguing that it was "not allowing commercial activity or food or medicine to get into Yemen".

These calls were renewed after media reports showed that fuel shortages were increasing the threat of famine in the war-torn country.

A CNN report found that not a single oil tanker had been able to dock in the Hodeidah port this year as a result of the blockade enforced by Saudi ships.

"With 400,000 children now at risk of starvation in Yemen, the US must tell the Saudis in no uncertain terms: immediately end the blockade and let humanitarian aid in," Senator Bernie Sanders wrote in a tweet following the CNN report.

UN data also shows that food imports through the ports of Hodeidah and Saleef dropped from 483,000 tonnes a month to 268,000 tonnes in February.

Timothy Lenderking, the US envoy for Yemen, also commented on the fuel shortages without explicitly criticising Saudi Arabia.

"The fact that fuel ships are not moving is a genuine problem... The fuel is not only for motor vehicles; it's for homes; it's for hospitals; it's for the institution," he said earlier this month. 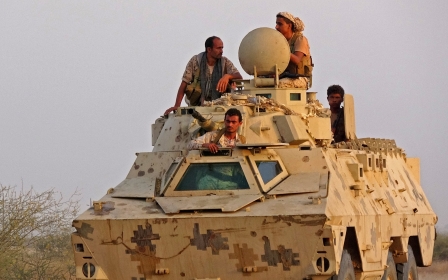 Yemen War
Mohammed bin Salman has lost the war in Yemen. It's time to end the humanitarian disaster
Madawi al-Rasheed