'We are cheerleaders' for pro-US camp in Middle East, says UAE's Al-Otaiba 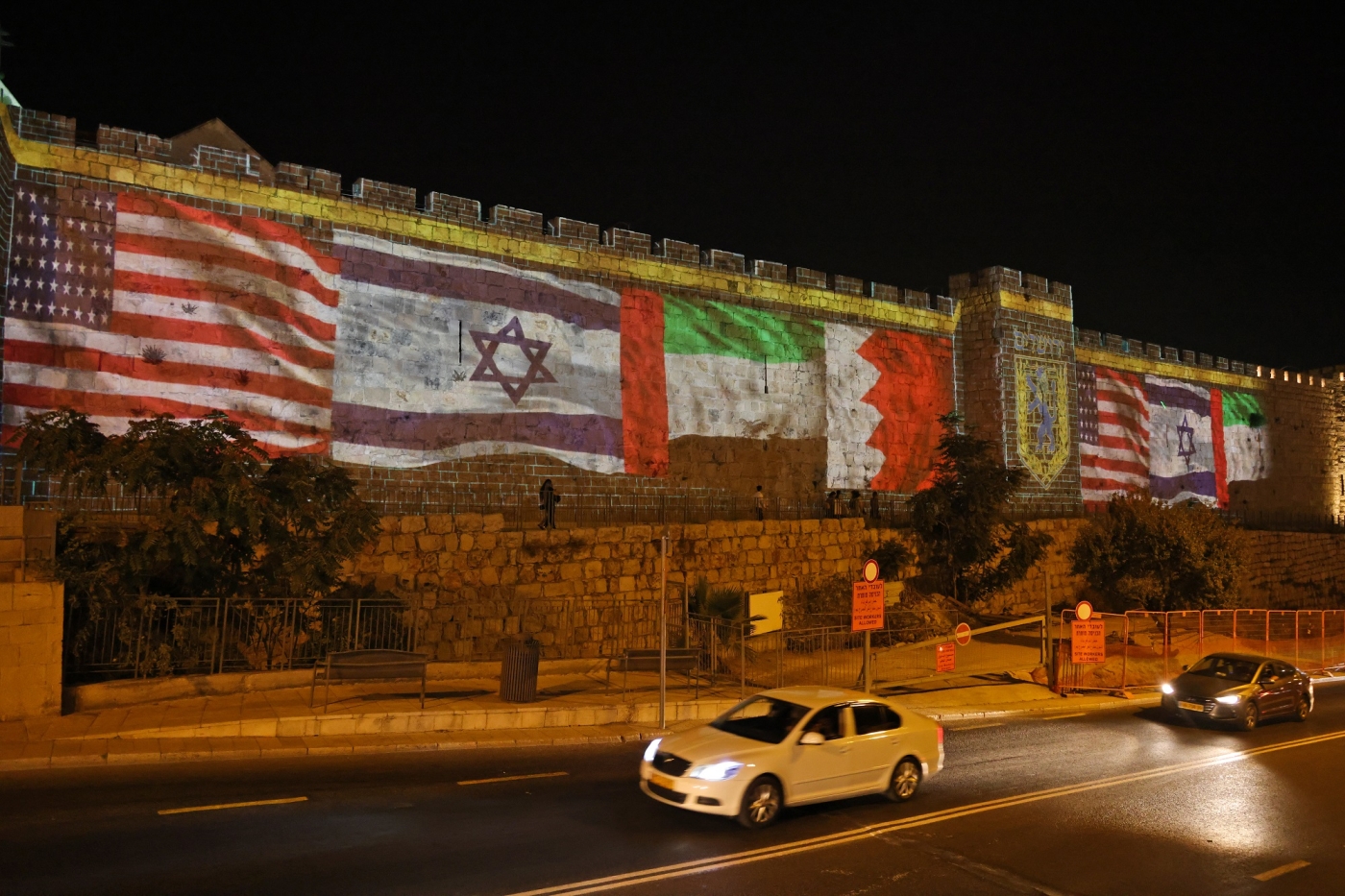 Flags of US, Israel, United Arab Emirates and Bahrain on ramparts of Jerusalem's Old City on 15 September (AFP/File photo)
By
Ali Harb
in
Washington

The Emiratis are "cheerleaders" for the US role in the Middle East, Abu Dhabi's ambassador to Washington Yousef Al-Otaiba said on Thursday, stressing that the normalisation deal between the UAE and Israel could not have happened without the White House's support.

Speaking at a virtual meeting with the Anti-Defamation League, a pro-Israel Jewish-American advocacy group, Otaiba credited the Trump administration for brokering the accord with Israel in "less than four weeks".

"I think we and Israel and any other country that has worked and partnered and traded and fought wars (allied) with America believe in America's role in the world," the ambassador said. Otaiba, who has forged a prominent presence in UAE foreign policy and often emerged as a spokesman for both Abu Dhabi and Riyadh in Washington, had kicked off the normalisation push by publishing an op-ed in Israeli newspaper Yedioth Ahronoth in June.

The column, published in Hebrew, warned that the Israeli government's plan to annex parts of the West Bank derailed efforts to have "more open and normal relations" between the UAE and Israel.

Two months later, the UAE and Israel announced in a joint statement with the White House that they would be establishing diplomatic ties. It also said that the Israeli government would suspend its annexation plans.

Although Israeli Prime Minister Benjamin Netanyahu has said repeatedly that his government is still considering annexation, Otaiba said on Thursday that the UAE deal with Israel kept the "two state solution alive".

"We can't force the two sides to negotiate if they don't want to. All I did was create space, so I hope that people take advantage of this opportunity that they have time to negotiate a two state solution."

Palestinians from across different factions have rejected the UAE-Israel deal with President Mahmoud Abbas accusing Abu Dhabi of turning its back on the "rights of the Palestinian people." 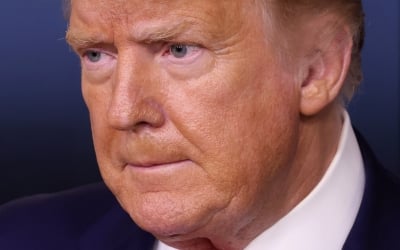 For years, Palestinians have refused to engage in direct negotiations with Israel because of continued settlement expansion in the occupied West Bank in violation of international law - a stance that was hardened by President Donald Trump's decision to move the US embassy to Jerusalem, dismissing Palestinians' claims to the holy city.

Otaiba, who was recently named as one of the 100 most influential people in the world in 2020 by TIME magazine, said Israeli-UAE relations will give a "moral boost" to religious minorities in the region.

But while the Emirati government, which hosted Pope Francis last year, has portrayed itself as an oasis of tolerance in the region, critics point to Abu Dhabi's human rights violations at home and abroad, including intolerance of dissent and its leading role in the war in Yemen that has killed more than 100,000 people.

In fact, while talking up religious tolerance in the region, Otaiba paid a nod to authoritarianism in Egypt - where President Abdel Fattah el-Sisi's government has imprisoned more than 60,000 dissidents of all faiths and imposed stern censorship measures on political discussions.

In 1978, Egypt became the first Arab country to normalise relations with Israel, followed by Jordan in 1994.

But supporters of the UAE-Israel deal say unlike previous normalisation accords, the Gulf state and Israel will have close "people-to-people relations", including tourism and economic cooperation. 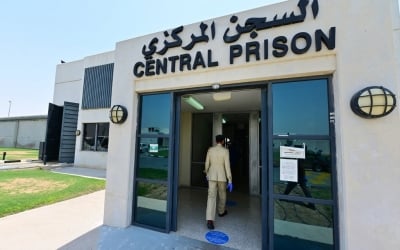 An early hurdle in UAE-Israeli relations has been Abu Dhabi's push to acquire F-35 jets from the United States, where American law maintains that the Israeli army must have technological superiority in the region, known as qualitative military edge (QME).

Media reports from the US and Israel have indicated that Netanyahu had initially backed the UAE's F-35 deal privately, before changing his position in public.

On Thursday, Otaiba said approval for advanced weapon sales was not a part of the agreement.

"There are certain defense requirements that we have been trying to get for a very long time, but unfortunately have not been released primarily because of QME," Otaiba said.