Will Taliban victory mark the beginning of the end of the western empire? 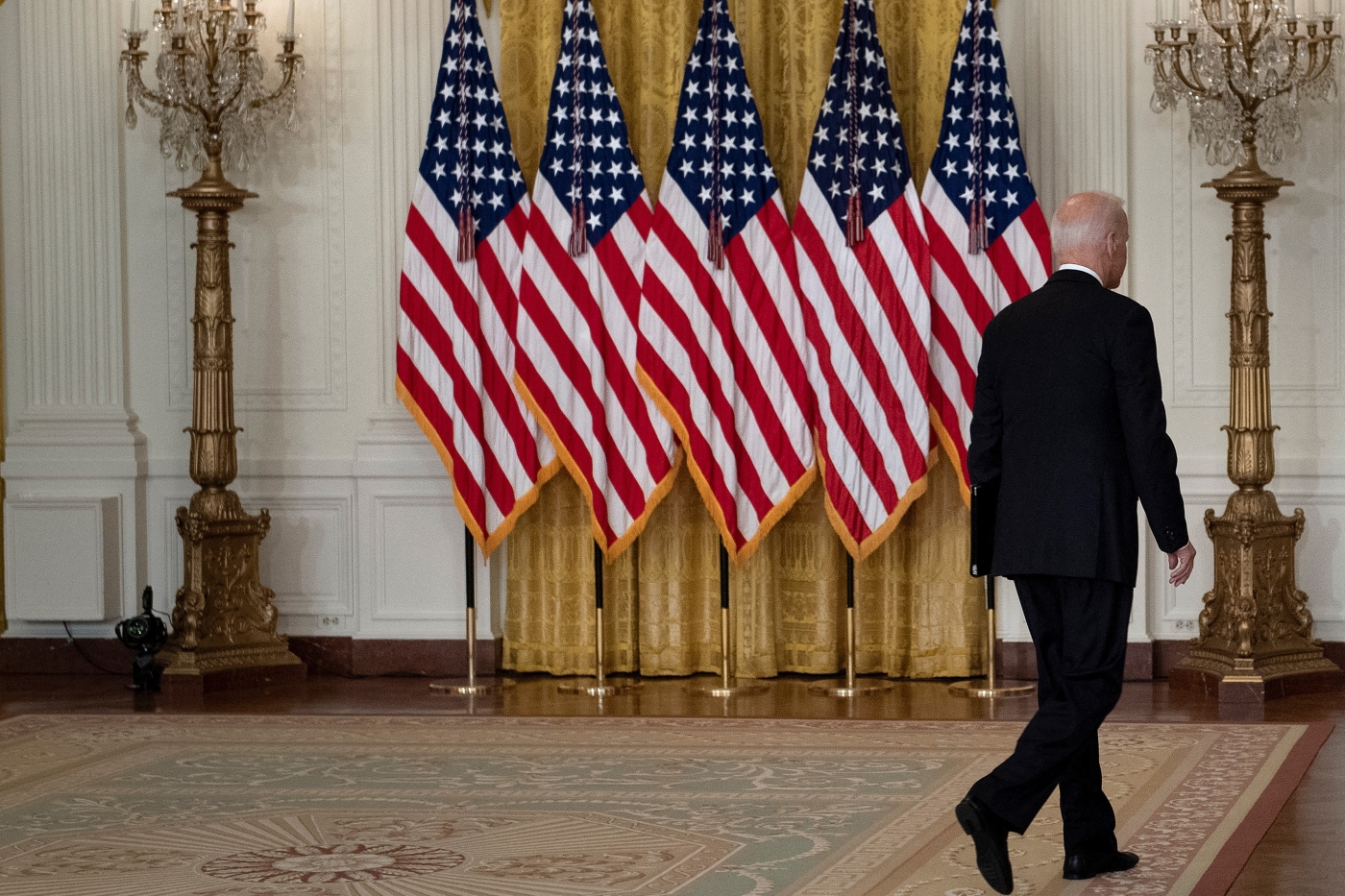 When the US invaded Afghanistan on 7 October 2001, the cover of Time magazine proclaimed: "The Last Days of the Taliban."

Thus began what became known as "the war on terror", the neoconservative quest to replace the defunct Soviet Union with Islam as a global threat. By December of that year, the UN Security Council established the International Security Assistance Force to oversee military operations and train the Afghan National Security Forces.

Since then over $2 trillion have been spent. In the Afghanistan and Pakistan war zone about 241,000 people have lost their lives, 2448 American soldiers and 454 British soldiers have been killed. And 20 years on the Taliban are back in control.

In 2001, opium had almost completely been eradicated with 84,000 hectares under cultivation. By 2017 that figure had grown to 328,000 hectares. Next to war, opium is the country’s biggest economic activity. One of the biggest goals of the US war effort was to train an Afghan army to fight the Taliban. Such was the casualty and desertion rate that the Americans found themselves having to train recruits totalling one third of the entire force.

Corruption, ranked by Transparency International at 165/180 of the countries they monitor, swallowed up the billions in economic assistance, building hospitals with no patients and schools with no pupils. Poverty is rife, and mortality rates remain among the highest in the world.

To say then, as the BBC said last week in an explainer on its website, that during the 20 years of occupation: "The US and allies oversaw elections and built up Afghan security forces, but the Taliban continued to launch attacks", defies belief as well as rudimentary fact-checking.

Collapse of the West

But the fantasy land in which western liberalism continues to operate in West Asia and the Middle East is still instructive. It tells us much about the psychology of a fading empire.

It is in denial. Not least about its role in this disaster.

David Petraeus, the former top US commander in Afghanistan; General Sir Nick Carter, UK's chief of defence staff, and every US and British general who served there bears a heavy burden of responsibility for a war the Afghan people themselves could not sustain and did not want.

None of them could find it in themselves to take responsibility for this disaster and apologise to the Afghan people. They are very far from doing so. Petraeus whines about political betrayal as if another decade of  his leaderhship would have solved the problem. No one owns up.

The airpower, which sustained the foreign presence, was not benign. It did not advance Afghan women’s rights. It was a killing machine.

Between 2017 and 2019, the Pentagon relaxed its rules of engagement for air strikes and consequently civilian deaths dramatically increased. By 2019 air strikes killed 700 Afghan civilians - more than in any year since the war began. The Afghan air force (AAF) did likewise. In the first half of 2020, the AAF killed 86 Afghans and injured 103. In the following three months that rate doubled, killing 70 civilians and injuring 90.

Little wonder its pilots were targeted by the Taliban and that morale collapsed after the US withdrawal.

But to indulge in the fantasy that the US and UK militaries were in Afghanistan to do good things is about as far from reality as to say that the puppet regimes the western governments imposed on the country had popular legitimacy. Twice elected president, Ashraf Ghani’s legitimacy lasted exactly five weeks - from 8 July when US President Joe Biden specified a withdrawal deadline of 31 August, to 15 August, when he fled Kabul with his family.

The implications of defeat

This was a disaster that no less than four US presidents had a hand in making. It's a truly bipartisan effort. So it is not an exaggeration to say that defeat in Afghanistan has implications way beyond that battered country’s borders.

This order did not collapse because it faced mighty enemies. It collapsed from hubris, arrogance, an inability to analyse and understand the people whose land it occupied. It collapsed at precisely the moment that no other power challenged it and when it had a monopoly of the use of international force.

Like the Soviet Union, it imploded. It lost belief in itself and its leaders. Its leaders lost any sense of public service, lining themselves up with lucrative jobs after they lost power.

In power, they privatised war, until the very aim of intervention lost any meaning. Foreign policy became corrupted by mercantilism and outsourced to regional allies with their own agenda. If the Taliban knew what they were fighting for, the Afghans who opposed them did not. Least of all did the troops our governments sent there to fight with them.

All this sends a chilling message to those princes and generals in the Middle East who would  struggle to last five weeks if the US withdrew its forces or military support. The royal courts in Riyadh, Abu Dhabi and Amman, and the presidential palace in Cairo must all be asking themselves how many weeks they would last if a popular Islamist insurgency was coming for them.

The royal courts in Riyadh, Abu Dhabi, and Amman, and the presidential palace in Cairo must all be asking themselves how many weeks they would last, if a popular Islamist insurgency was coming for them

He was not joking.

If the Afghan army did not fight for Ghani, does Saudi Crown Prince Mohammed bin Salman, the defence minister, think the National Guard, whose top generals he has regularly purged, would fight for him?

Khalid al-Dakhil, a Saudi political analyst and academic, tweeted: "As soon as Kabul fell to the Taliban, some shivered with conspiracy and fear of the return of political Islam to the region. To be afraid and anticipate is prudence and readiness. But to remain afraid for decades and decades is fragility and poor insight. As for the conspiracy, it is nothing more than a tool of politics and conflict. It is thus less than to explain history and its movement."

The conspiracy al-Dakhil was referring to claims that the Americans and Islamists are working hand in hand, just as the Saudis suspected former US President Barack Obama of doing when he abandoned late Egyptian President Hosni Mubarak during the 25 January uprising. But in fact, the relationship between the US and Islamists is more fraught than its relationship with tyrants, secular or religious groups.

When Islamists fight American soldiers, the US will end up talking to them as they did with the Taliban in the Doha meetings, and accept defeat, as they are doing now in Kabul.

But if an Islamist movement, like Hamas, openly declares that its fight is not with the US, and has not killed a single US soldier, Washington will ignore that Hamas has offered a long-term ceasefire, and declare it a terrorist organisation, prevent any other Palestinian faction from forming a unity government with it, and do its utmost to lay siege to Gaza.

The US will similarly do the same to those Islamists who have shunned violence and opted for elections, democracy, and parliaments. These people, the US will try to ban.

Eight years ago when the Egyptian military staged the worst massacre of unarmed civilians since the Tiananmen Square protests, in their violent dispersal of a sit-in in Rabaa Square in Cairo, Obama literally returned to his game of golf. When a month earlier, Egyptian President Abdel Fattah el Sisi staged a military coup, Obama refused to call it a coup.

Destroy democracy and the US looks the other way. Take up arms and the US will talk and then withdraw.

But attempt to be independent from the US and all hell will break loose. The financial markets will drain the lifeblood out of your economy, your banks and businesses will be sanctioned, your nuclear scientists will be assassinated.

The imperial belief in western social, military, economic superiority and its inherent assumption that the West has a moral right to lead, not just lacks any credibility, it's also a strategic disaster. The US is losing influence as quickly under Biden as it did under Trump, because ultimately not much has changed.

Occupiers and dictators who openly flout basic standards of human rights are still rewarded with money and arms. Corruption is still fed by US taxpayers' money. The people who suffer under their yoke are ignored.

Small wonder that Afghans did not fight the Taliban.

There is an alternative to that mad logic of thinking that you are promoting democracy by dropping drones on poor people thousands of miles away. Just imagine if the US had spent $2 trillion on the Afghan people themselves. Just imagine if it had sought to influence religious conservative movements like the Taliban, not through warfare, but by engagement. Not through drones, but through dialogue. 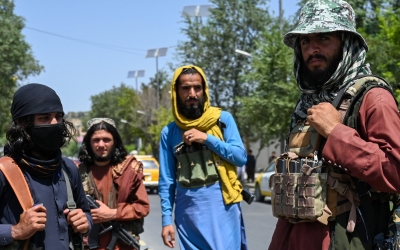 Afghanistan: Anxious times in Iran and Russia over what the Taliban does next
Read More »

Just imagine where Afghanistan would be now, and just imagine how much soft power the West would still have.

Certainly only a fraction of them will arrive in the UK or the US. They will head for Turkey and Europe as they have done in the past. Instantly they will turn in the western liberal consciousness from refugees fleeing Islamist oppression into unwanted migrants.

The scenes of panic at Kabul airport on Monday are mirrored throughout Europe’s capitals today.

Germany accepted hundreds of thousands during the migrant flow in 2015. The German Christian Democrat leader Armin Laschet was adamant that “2015 should not be repeated”. The very nations that contributed troops and generals to ISAF are now unwilling to accept the human consequences of their actions.

The blunt truth is that the West can no longer dominate the world by dropping bombs on regimes we do not like, but nor can we withdraw. You can leave the Middle East, but it will never leave you.

The war in Afghanistan was lost by a bloated western alliance that thought it could demolish the Taliban and build a new country from scratch, all the while being ignorant of its history, its languages and its peoples.

The West succeeded only in spreading the brutality and misery of war over two decades, the majority of which was borne by the Afghans themselves. To count the cost of this intervention, as we still do today, in only US and UK military lives, is the ultimate proof that we are a civilisation in decay.

The tragedy is that in retreat, the US will not learn the harsh truth that force has no utility. Nor will it learn the lesson that it is a declining power. It will retreat into victimhood and isolationism, as indeed it has done in the past. The narrative will be that the world is an ungrateful place.

If it learned the lesson of its military defeats, it would start doing the right things in a world that is truly facing a common existential threat. It neither came from communism nor does it come from Islam. 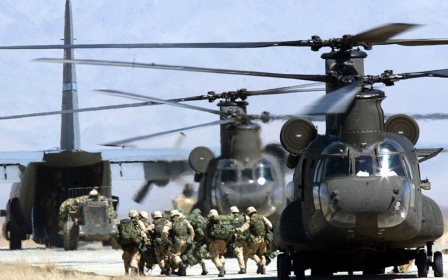 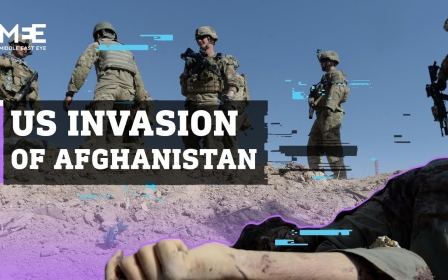 US Politics
Explained: The US invasion of Afghanistan