Anti-Semitism and Labour: Jeremy Corbyn must stop apologising and start fighting back

Ghada Karmi
The argument must be re-framed to reflect what it is actually about: not anti-Semitism, but Palestine. Corbyn mustn’t surrender 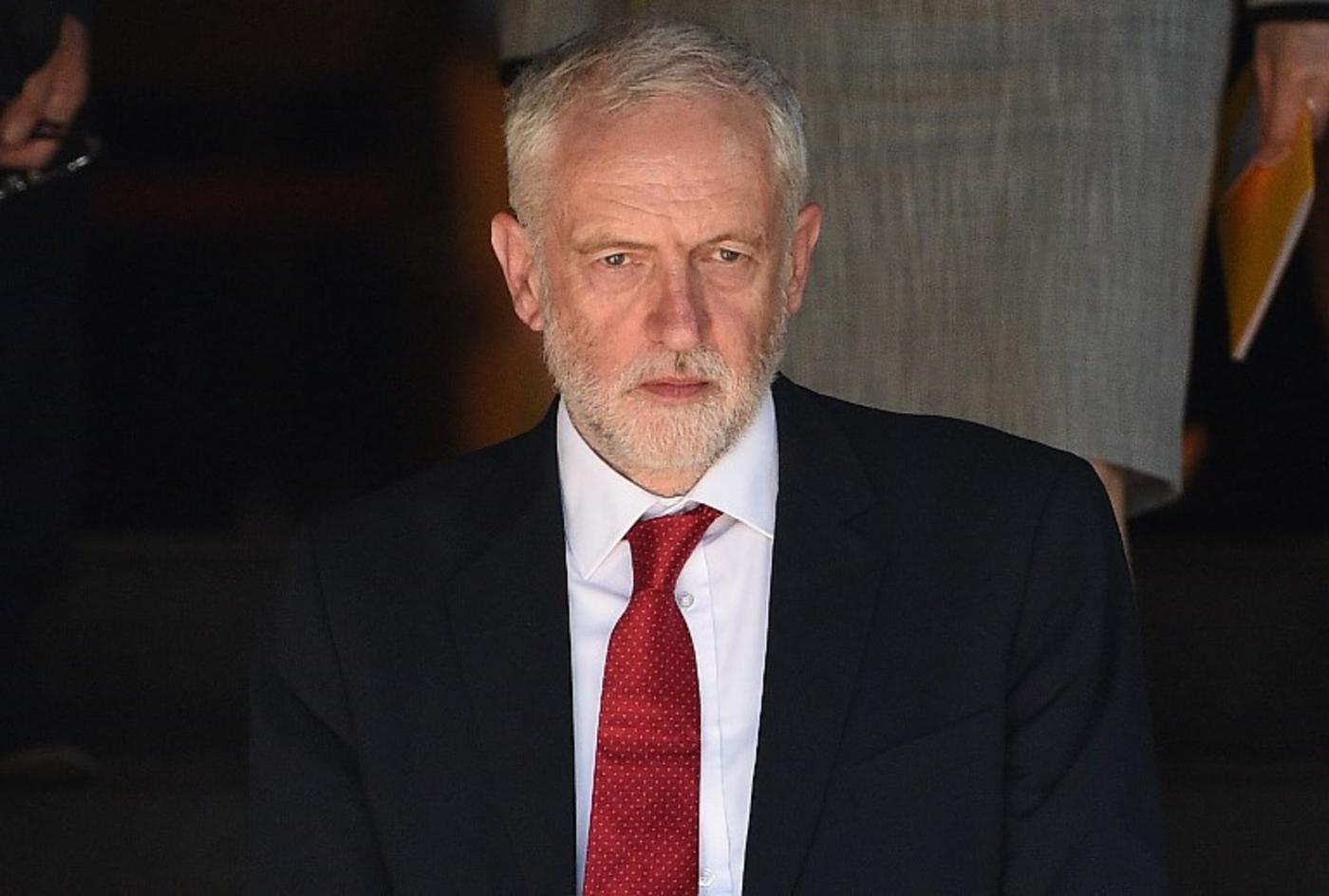 As charges of anti-Semitism intensify against the British Labour Party and its leader, Jeremy Corbyn, orchestrated by an alliance of Jewish groups friendly to Israel and opportunist Labour members of parliament who reject his leadership, it is no coincidence that Palestinians are undergoing one of the worst periods in their history.

Assaulted on all sides by a Zionist campaign that has always sought to eradicate them physically, historically, and culturally, every Palestinian grouping is currently under attack.

In Gaza, the killings, that started with the Great March of Return on 30 March and claimed over 150 deaths and thousands of wounded, are still ongoing. Israeli fighter planes bomb Gaza every day, and the Israel-imposed siege has intensified as Israel cut off all fuel and electricity supplies in early August, aggravating already existing shortages to insupportable levels.

On the West Bank, Palestinian land continues to be seized for settlement expansion, over 3000 new housing units already approved this year, and settlers legally permitted to appropriate privately-owned Palestinian land. House demolitions have increased by 40 percent so far this year, according to OCHA (United Nations Office for Coordination of Humanitarian Affairs), with another West Bank Bedouin village, Khan al-Ahmar, slated for imminent destruction. Israeli raids on West Bank towns and refugee camps, arbitrary arrests, and random killings continue as usual.

The multi-faceted Palestinian tragedy, caused by deliberate Israeli policy, should have been the centre of debate in Britain. But attention is focussed instead on a witch-hunt of allegedly antisemitic Labour Party members and their leader

The US president’s settler-friendly son-in-law and Middle East adviser, Jared Kushner, has another Palestinian group in his sights. He is investigating ways of shutting down the refugee agency, UNRWA, that is the lifeline for many refugees, and proposing that Jordan’s two million refugees be patriated, thus paving the way to liquidating the right of return of all the Palestinians in exile.

Jerusalem, with its unique religious and historical standing for Palestinians, was ceded to Israel by the US president last December. And the new Israel Nation-State Law, passed by the Knesset last month, has dealt a massive blow to the last Palestinian grouping, those in Israel, officially  relegating them to second class citizenship.

This multi-faceted Palestinian tragedy, caused by deliberate Israeli policy, should have been the centre of debate in Britain. But attention is focussed instead on a witch-hunt of allegedly antisemitic Labour Party members and their leader. This cynical diversion from the real to the imaginary is an insult to the sufferings of the Palestinian people, and to all who are committed to justice and the rule of law.

The Palestinian issue has been buried under a barrage of largely spurious allegations of anti-Semitism. The Jewish Labour peer, Margaret Hodge, who stridently accused Jeremy Corbyn of being an antisemite and racist on 18 July, citing no evidence, would have done better to direct her anger at Israel. The same goes for Britain’s three Jewish newspapers which simultaneously claimed on 27 July that a Corbyn-led government posed 'an existential threat' to British Jews.

What of the actual existential threat that Israel poses to the Palestinian people every day? How to compare the anxieties of a minority of British Jews, however valid, with the dreadful reality lived by the Palestinians, whether under Israel’s oppressive occupation, or in refugee camps dependent on international aid, or like me, denied the elemental right to live in my own homeland?

The vast majority of British Jews today live safe, secure lives. As an authoritative survey by the Institute of Jewish Policy Research, the most detailed ever carried out in Britain, found in 2017, this country has some of the lowest levels of anti-Semitism in the world. Although 30 percent of people held some antisemitic attitudes, only 3 to 5 percent expressed clearly-defined negative attitudes towards Jews.

On the other hand, 70 percent viewed Jews positively. And perhaps more relevant to the topic in hand, anti-Israel views were present in 56 percent of people, but this was not as a rule related to hatred of Jews.

As an authoritative survey by the Institute of Jewish Policy Research, the most detailed ever carried out in Britain, found in 2017, this country has some of the lowest levels of anti-Semitism in the world

These important findings, however, have made no difference to the campaign that purports to find a Labour Party steeped in anti-Semitism. It is now received truth that the party has ‘an anti-Semitism problem’, repeated mindlessly without evidence, and that Jeremy Corbyn has not done enough to eradicate it.

In fact he has undertaken a series of significant actions to reassure the complainants: the specially commissioned Chakrabarti review of anti-Semitism in 2016 found that there was no more Jew-hatred in the Labour Party than in the general population; Corbyn’s public and self-effacing apologies to the Jewish community; his conciliatory meetings with Jewish community leaders; the summary suspensions and expulsions of party members accused of anti-Semitism often on flimsy grounds, including Corbyn’s longstanding comrade-in-arms, Ken Livingstone; and most recently the offer to cancel disciplinary action against Margaret Hodge if she aplogised for her outspoken attack on Corbyn.

None of it has been enough. Nor can it ever be, since the anti-Semitism smear campaign against Labour has only one aim, to discredit and oust Corbyn from the leadership. The method of choice to achieve this is the International Holocaust Remembrance Alliance definition of anti-Semitism.

Though the IHRA was never more than a working definition, of no legal standing, and its language was what the 2017 Tomlinson report called, ‘vague and confusing’, it has become another received truth. Of its eleven appended examples illustrating anti-Semitism, whose every syllable Corbyn is told he must adhere to, five involve Israel.

And of course that’s what the whole row is about, Israel, its treatment of Palestinians, and the imperative by its friends to cover over its crimes. Corbyn’s lifelong support of the Palestine cause is the real reason why he and his supporters must be silenced, discredited, and removed.

It is also the reason why he must stop apologising and start fighting back. The argument must be re-framed to reflect what it is actually about: not anti-Semitism, but Palestine, and those who seek by fair means or foul to defend a state that steals the Palestinian’s land, imprisons their children, and denies them freedom.

In targeting Corbyn, the anti-Semitism lobby cannot destroy the Palestine cause. It can only shoot the messenger. But he mustn’t surrender. The message will live on, and so must he. 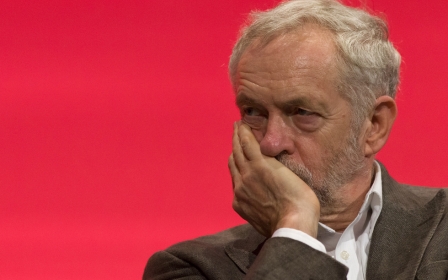 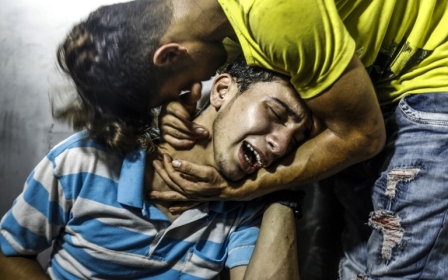 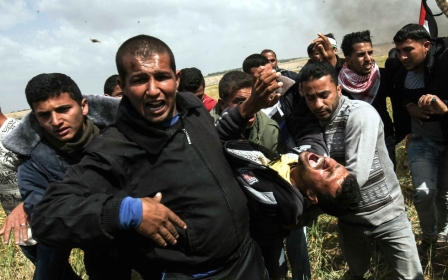