What exactly about the state of Israel do you support, Margaret Hodge?

David Hearst
Ethnic and religious discrimination has become a constitutional value in the State of Israel. Is this Labour Party policy? 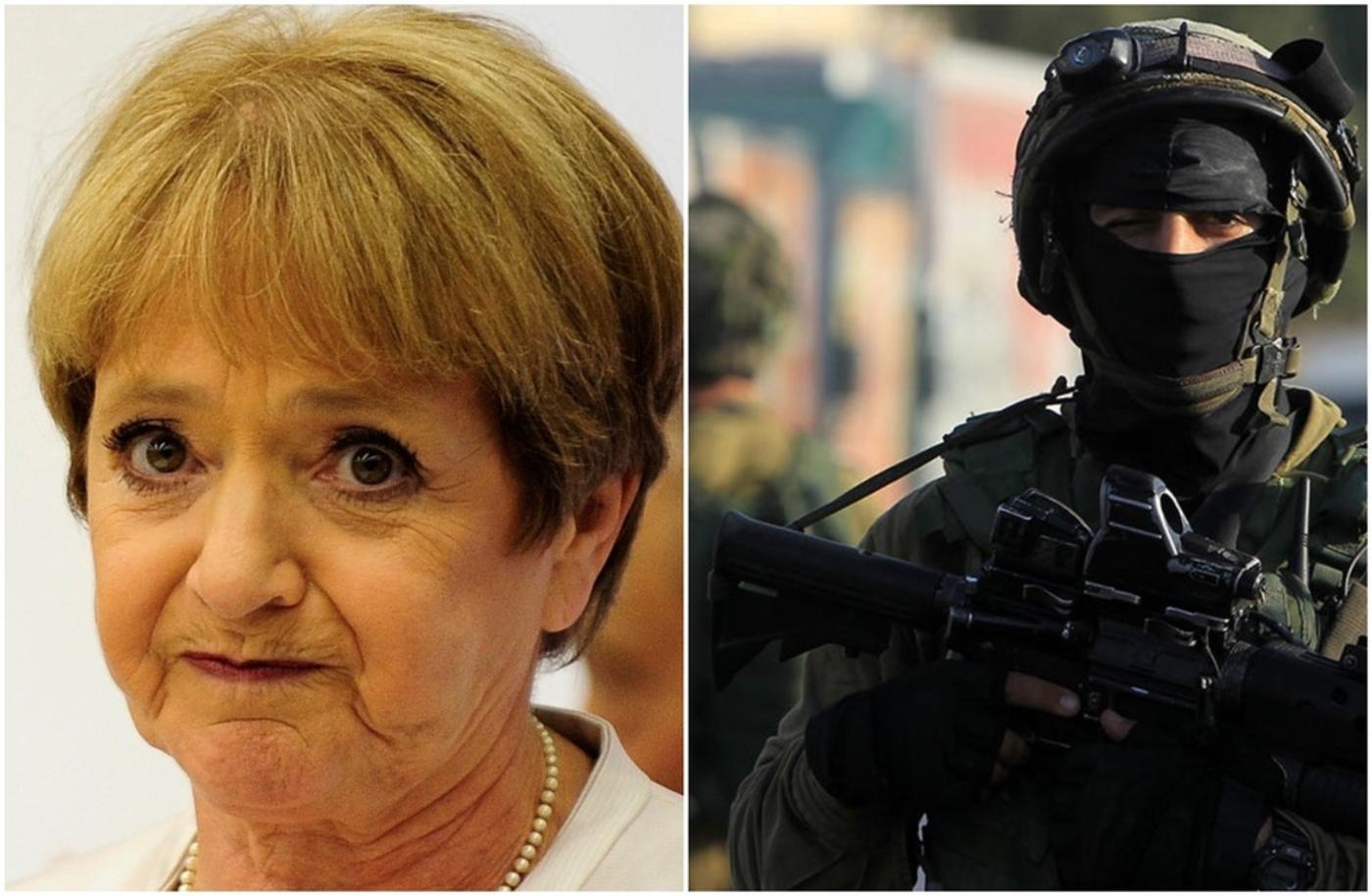 The mask has slipped. It's lying in pieces on the floor. Both for an Israel that pretends to be a fortress of democracy in an Arab wilderness, and for its supporters in the diaspora who now claim it's a criminal offence to call it a racist endeavour.

The two are linked. The more the task of ensuring a Jewish majority becomes an act of force in the land it occupies, the more its supporters are forced to choose between their Zionism and their liberalism.

Needless to say Zionism, which has morphed into religious nationalism (it once was anything but), is blind to any other people's history, language, culture and rights. On Wednesday night, this drama took place - at almost the same time - on two public stages: the House of Parliament in London and the Israeli parliament, the Knesset, in Jerusalem.

Margaret Hodge, a Labour MP, who calls herself a secular immigrant Jew, confronted her party leader Jeremy Corbyn behind the Speaker's Chair and called him "a fucking anti-Semite and a racist", a claim she repeated, without the expletive, in print.

At the very moment this drama was playing out in London, the Knesset enshrined into the State of Israel's constitution a law giving Jews everywhere the exclusive right of self-determination in Israel, a law widely condemned as racist because it made Jewish supremacy a bedrock of its institutions.

The argument between Hodge and Corbyn boiled down - in essence - to one of seven examples in which Israel is mentioned in the definition - or to be more precise re-definition - of anti-Semitism published by the International Holocaust Remembrance Alliance (IHRA).

Needless to say zionism, which has morphed into religious nationalism, is blind to any other people's history, language, culture and rights

There are countless misrepresentations and half-truths being uttered in this debate which is part of a civil war going on in the Labour party. The author of this definition, Kenneth Stern, had no wish to use it to gag free speech on US campuses; in 2013, the working definition was removed from the Vienna-based Fundamental Rights Agency (FRA).

There is no dispute about the broad working definition. The argument is over the examples whose link to the definition itself is open to legal challenge. But this is a debate where facts and truth have been displaced by emotion and victimhood. What matters is the "hurt" the Jewish leaders claim to feel.

The outrage caused by the Labour national executive committee's attempts to exclude these examples rests on a very simple argument: because we feel it, it must be true.

This stems from the so-called Macpherson standard which held that a minority is best placed to define the prejudice against it. But again, Sir William Macpherson, who conducted the inquiry in the conduct of the killing of the black teenager Stephen Lawrence, did not actually say that.

The only definition of racism that Macpherson produced was about institutional racism. He defined a racist incident but only as a specific instruction to the police that the victim's perception of the incident must be recorded.

As Anthony Lerman said: "There is nothing in the report suggesting a move from a specific and very important rule about recording the victim's perception of what occurred to a general rule that only the victim can define the racism they experience."

Every argument in this debate is twisted, every fact distorted to serve the overwhelming narrative of collective victimhood. Meanwhile, among the same people who feel so outraged by Corbyn, there is total silence about what is happening in Israel. It is not even covered. They are not even asked questions about it. There are no press statements. It’s as if it's not happening.

Among the same people who feel so outraged by Corbyn, there is total silence about what is happening in Israel. It is not even covered. They are not even asked questions about it. There are no press statements. It’s as if it's not happening.

But something is happening in Israel. Its prime minister, Benjamin Netanyahu, called the Nation State Law "a defining moment". It certainly was that. The Nation State Law defined sovereignty and democratic self-rule as the exclusive or "unique" right of Jews, wherever they live in the world.

So, according to this constitution, Hodge, who represents Barking, now has - by law - a right as a British Jew that overrides any right a Palestinian has in his or her own land. Ethnic and religious discrimination has become a constitutional value in the State of Israel. Is this Labour Party policy?

The sponsor of this law was brutally clear about its intent. Avi Dichter, chairman of the Knesset Foreign Affairs and Defence Committee, turned to Arab members of the Knesset and said: "We were here before you, and we will be here after you."

He went on: "We are enshrining this important bill into a law today to prevent even the slightest thought, let alone attempt, to transfer Israel to a country for all its citizen (sic)."

From a Palestinian member of the Labour Party: We demand the right to speak about Israel's racism
Ghada Karmi
Read More »

The mask really has slipped. If Israel is not, according to Dichter, a country for all its citizens, it cannot be a democracy. He is saying Israel only exists and functions for the Jews, irrespective of where they live and whether they are citizens of Israel or not. Non-Jews need not apply.

As the legal rights centre Adalah said, there is no other country in the world today that defines itself as a democratic state where constitutional identity is determined by ethnic affiliation that overrides the principle of equal citizenship. It only gets worse. Israel has no borders.

The basic law thus applies not only to what used to be called "Israel proper", in other words the boundaries established by the Green Line in 1948. It applies to all land between the river and the sea.

Clause 7b - which would have allowed "a community composed of people of the same faith or nationality to maintain an exclusive community" - was removed. It was replaced by a clause that is arguably worse, because it specifically states that those communities are Jewish.

It now reads; "The state views the development of Jewish settlement as a national value and will act to encourage and promote its establishment and consolidation." This not only refers to the 1000 villages and towns which exclude Christians and Muslims, but to all settlements everywhere, the West Bank and Golan Heights included.

Settlements which are illegal according to international law and through countless UN resolutions are now "a national value" which the state will encourage and protect. So the question that people who identify themselves as friends of Israel, be they Labour or Conservative, have to ask themselves is: "Of whom or what are you a friend?"

What exactly about the state of Israel do you support, Margaret Hodge?

Image: Margaret Hodge MP, and an Israeli soldier in the West Bank (Reuters). 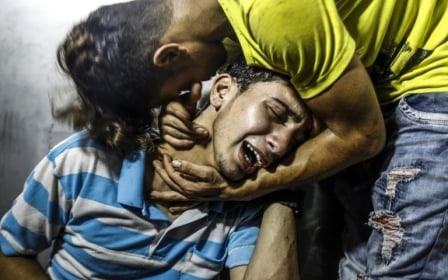