AQAP vs ISIS: Who was really behind the Charlie Hebdo attacks? 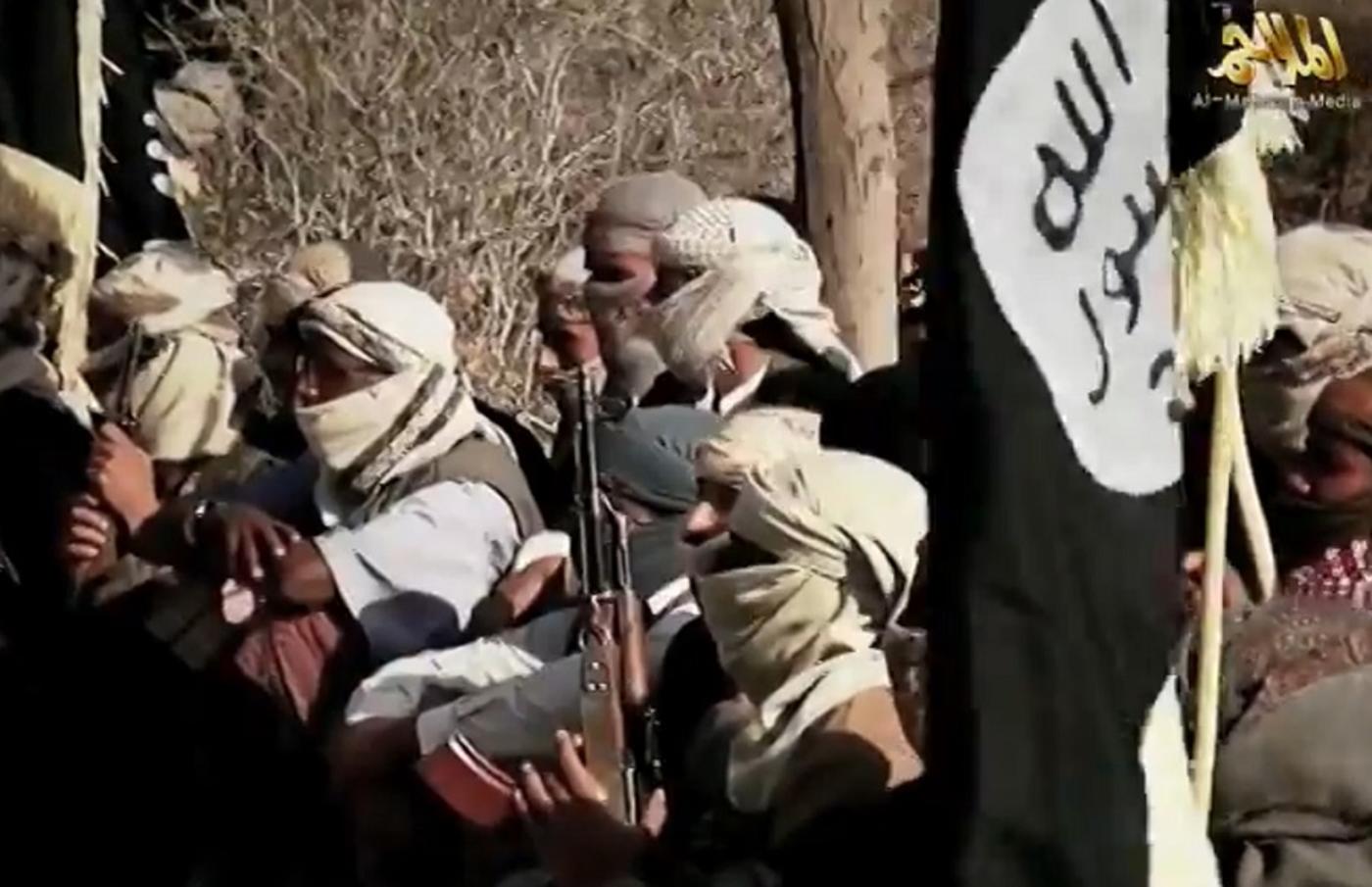 On Wednesday, al-Qaeda in the Arabian Peninsula (AQAP) released a video statement in which it claimed, once and for all, responsibility for the 7 January attack on the Paris headquarters of the satirical magazine Charlie Hebdo, in which twelve people were killed by two gunmen, identified as Cherif and Said Kouachi, both of whom were jihadists that were well known to the French authorities.

The day after the assault, a female police officer was shot in Montrouge by another gunman, later identified as Amedy Coulibaly, who went on to hold up a kosher market in the eastern Parisian suburb of Porte de Vincennes, killing four before being killed in the police raid that afternoon.

Three days after the market siege was broken and Coulibaly killed, a video was circulated by Islamic State (IS) supporters in which, among other things, Coulibaly pledged allegiance to the leader of IS and confirmed that he had “coordinated” his attack with that of the Kouachi brothers.

From the word go, rumours abounded about who was directing the attacks on Charlie Hebdo. Citizen journalists the world over were quick to announce that it was “probably directed by Islamic State” or at least “IS-linked”. This jarred with the facts, though, with one eyewitness reporting soon after the initial raid that one of the Kouachi brothers shouted, upon exiting the building: “Tell the media it is al-Qaeda in Yemen”.

On jihadist forums, too, there was confusion. Supporters of both AQAP and IS seemed reluctant to claim it either way. Many known jihadists commended the attackers for “avenging the reputation of the Prophet,” but all stopped short of giving credit to any group in particular. Amidst this confusion, Coulibaly was wrongly bundled into the Kouachi brothers’ particular ideological direction after it emerged, from security sources, that his operation was “linked” to theirs.

It was not until 9 January - after all three attackers had been killed by the French police - that we heard anything like a claim of responsibility for either attack. Even then, it was not made with the fanfare that usually comes with such attacks. Initially, it came in the form of a tip off to The Intercept, an online publication dedicated to analysing information from whistle-blowers.

This was followed by a series of tweets from what is purported to be the account of a prominent AQAP leader. Shortly after that, Harith bin Ghazi al-Nadhari, a senior AQAP ideologue, appeared in a video congratulating the attackers and ambiguously hinting that AQAP was responsible.

Importantly, there was no substantiated claim of responsibility made. The issue was alluded to, at best, and, at worst, danced around. Certainly, the AQAP leader’s tweets were more explicit in their wording, but to announce responsibility for an operation as high-profile as this seemed suspicious, especially given that it is impossible to independently verify who is using a given Twitter account at any one time.

So, when Nasr Ibn Ali al-Ansi, another senior AQAP leader, appeared in a video released on Wednesday morning claiming that the attack on Charlie Hebdo was his group’s “vengeance for the Messenger of Allah,” and clarified that AQAP, and no other, was “the one who chose the target, laid the plan and financed the operation,” we were given closure, of sorts. It was simple: the Kouachi brothers were inspired, funded and directed by AQAP while Coulibaly, as a Sunday’s video suggested, had been inspired and supported by IS.

However, before we get ahead of ourselves and assume as fact that al-Qaeda leader Ayman al-Zawahiri himself ordered the massacre, it is important to step back, look at the facts, and contextualise matters.

After all, the Paris attacks come at a time when relations between the leadership of al-Qaeda and Islamic State are at an all-time low, with much recent propaganda from both sides better resembling a slanging match than anything else. It is a time when al-Qaeda has been, for all intents and purposes, pushed onto the global jihadist back-foot by IS’s constant attempts to flood the international media with evidence of its myriad atrocities, which ensure it maintains the terrorist limelight.

Among analysts and practitioners, the threat from al-Qaeda was never forgotten. However, for the vast majority who do not follow jihadist minutiae, IS had become the new terrorist bogeyman.

In these circumstances, then, AQAP claimed the attack, an act that will inevitably re-insert it into the global media discourse on jihadist-motivated terrorism. Indeed, the Charlie Hebdo attack could almost be seen as AQAP trying to put itself back on the map.

After all, it is undeniable that, while the group is a major player in the civil war currently racking Yemen, there is not an appetite for coverage of Yemen in today’s media; the loss of white lives will always get more attention than those in faraway lands.

Even if we accept that AQAP’s as yet unsubstantiated claim that it was responsible for the attacks, there are some big questions left unanswered, foremost among them, why did it hesitate? If the Kouachi brothers really were directed by al-Zawahiri and really did liaise with US-Yemeni cleric Anwar al-Awlaki, then why not release Wednesday’s statement at an earlier date?

Why bother with the other more ambiguous statements? Naturally, the claim will be made that AQAP’s propagandists timed the video to come out in conjunction with the latest issue of Charlie Hebdo, but this is looking increasingly doubtful. What is much more likely is that AQAP’s role in the whole thing was smaller than it – and international media – is making out.

As time has passed since the Paris attacks, and more information emerged, it is beginning to look more like last week’s events were carried out at the hands of radicalised individuals who were only distantly affiliated to a group – be it IS or AQAP.

Sure, the attackers may have spent time abroad, and met some important people, but the fact that there was so much ambiguity in the response from either group suggests that both were playing it safe. After all, it would be an almighty gaffe if one were to claim responsibility for an attack carried out by the much hated other.

It is impossible to know, with any certainty, what went on in Paris last week. Forensic analysis of the culprits’ computers will shed light on the level of the relationship between the Kouachi brothers and AQAP and Coulibaly and IS, but the faltering means by which both groups cited their involvement suggests their complicity in the actual planning, directing and funding of the attacks was minimal.

Given the means by which they reacted, what seems far more likely is that both AQAP and IS falteringly jumped on the bandwagon post facto to claim that they had a role only when it was safe to. It goes without saying that said role will have been exaggerated – these groups have nothing to lose and much to gain by doing so. After all, a similar thing happened in December, when IS eventually glorified and claimed Man Haron Monis’ Sydney hostage-taking after initially refuting the idea that it had anything to do with the man, who had pledged allegiance to IS leader Abu Bakr al-Baghdadi just one month prior to the incident.

Analysts keep saying that we are entering a new age of self-starter terrorism. Last week’s attacks were likely to just be an extension of this. Inevitably, both AQAP and IS magnified and exaggerated their roles in both events to gain more traction when, in reality, it is very likely that all they did was serve as the lightning rods that pushed these three terrorists to act.

It is imperative that the international media recognises this to avoid playing into jihadist propaganda, the raison d’être of which is to exaggerate and intimidate.

- Charlie Winter is a Researcher and Programme Officer at the Quilliam Foundation, a London-based think tank that focuses on 'counter-extremism'. Charlie joined Quilliam as a full-time member in March 2014, after a spell working in the Islamic Studies research department, during which he wrote a blog series on jihad and co-authored two longer papers with Dr Usama Hasan. He lived in Damascus for a year, holds a degree in Arabic from the University of Edinburgh and an MA in Middle East & Mediterranean Studies from King’s College, London. Over the course of his academic career, he specialised in historic and contemporary militant Islamism and US foreign policy in the MENA region.