Bahrain makes opening bid in auction for US foreign policy 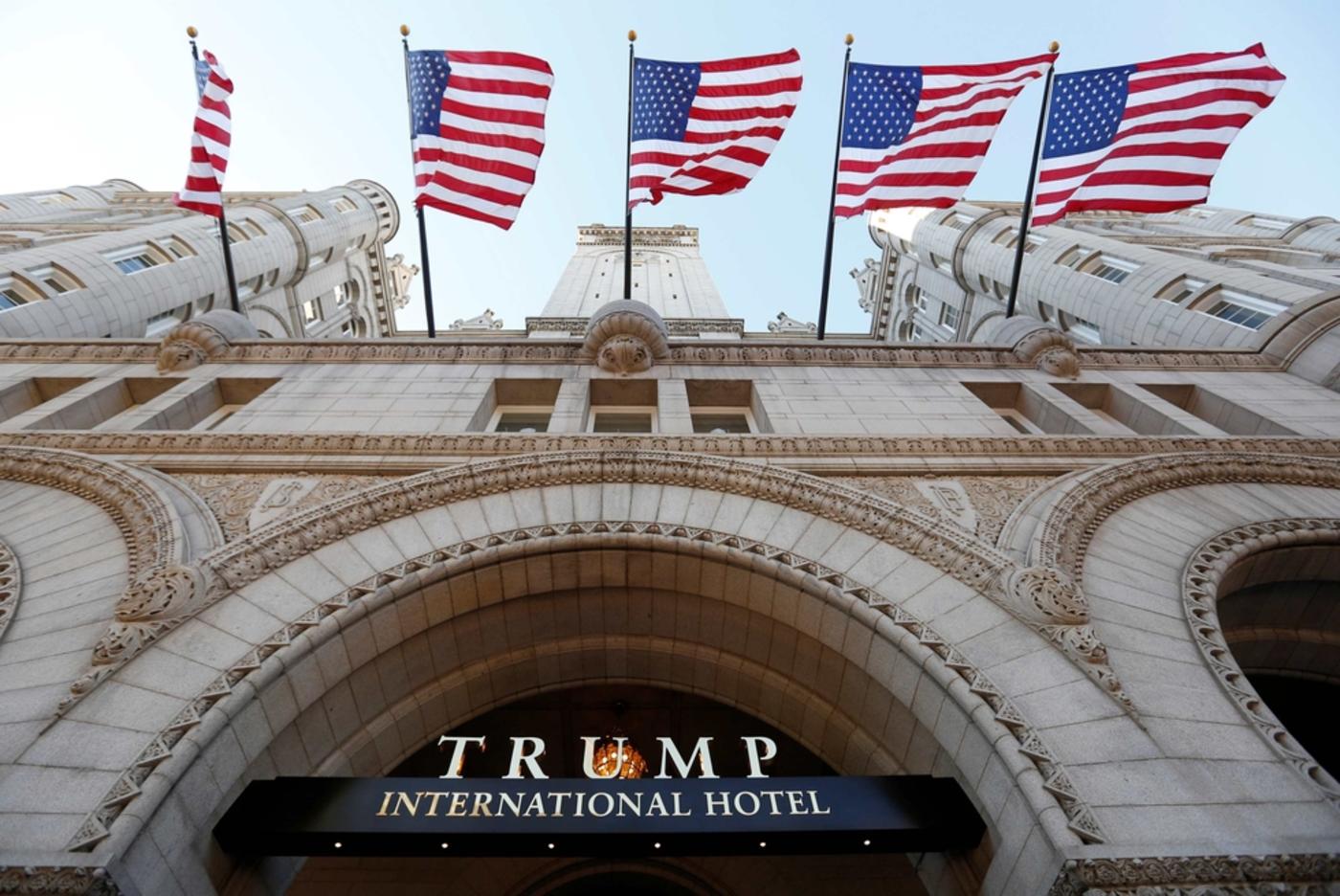 The government of Bahrain is diving head first into a potential new era of dollar diplomacy.

To celebrate the kingdom’s national day, the Bahraini embassy is holding a reception at the Trump International Hotel in Washington DC, just blocks from the White House on Wednesday, 7 December.

By boosting President-elect Donald Trump’s business enterprise, the Bahraini government has initiated what could define the next four years of the Trump administration.

With this reception, the repressive Gulf monarchy is attempting to wield its financial assets to ingratiate itself with the new administration

Could this mean that American diplomacy is up for sale?

The possibility of a transactional foreign policy may leave American values shortchanged. With this reception, the repressive Gulf monarchy is attempting to wield its financial assets to ingratiate itself with the new administration.

Over the past several years, the Bahraini government has spent tens of millions of dollars on PR and lobbying firms to paint itself as a stable environment for investment and steadfast security partner, while simultaneously whitewashing its heavy-handed approach in silencing of all forms of political dissent and social unrest.

Human rights organisations have documented widespread torture in Bahrain’s jails. This past summer witnessed a wave of repression unseen since 2011, as the government took actions to dissolve the largest political opposition bloc, Al-Wefaq, revoke the citizenship of the Shia cleric Ayatollah Sheikh Isa Qassim, and imprison the most prominent human rights defender in the country, Nabeel Rajab.

The Bahraini government has crushed civil and political society, essentially squeezing out any space for dialogue and reform

Authorities utilise coerced confessions extracted under torture to sentence human rights advocates, journalists, and political opposition leaders to years in prison for crimes such as “undermining the prestige” of the kingdom. There are currently over 3,500 political prisoners in the country of 1.3 million people.

The Bahraini government has crushed civil and political society, essentially squeezing out any space for dialogue and reform. Further, the Sunni royal family implements discriminatory policies aimed at disenfranchising the country’s Shia majority.

United Nations human rights experts have called on the Bahraini authorities to stop its “persecution against the Shia population”. Industries like sports, entertainment and the press are state-controlled mechanisms for ideological indoctrination and spreading government propaganda.

Bahrain is not the first country to curry favour to the incoming president.

On the evening of 15 November, the President-elect’s staff poured champagne, distributed raffle prizes, and gave tours to over 100 diplomats. Attendees remarked that the Trump Hotel in the nation’s capital would be the top choice for delegations visiting the United States, as it would be rude to stay with the president’s “competitor”. These foreign officials have determined that the quickest way to gain influence with the Trump administration is through his business.

This blurred line between money and politics is dangerous, potentially illegal, and risks undermining US credibility in the international arena.

Richard Painter, the former chief ethics lawyer of George W. Bush’s administration, has outlined that by accepting funds to bolster the Trump Organization from foreign governments like Bahrain, the President-elect may quickly find himself in violation of the Foreign Emoluments Clause in the U.S. Constitution. The clause makes it illegal for officials to accept gifts from foreign powers without the direct approval of Congress.

Furthermore, the lease of the Trump Hotel explicitly bars any elected official from receiving financial benefits arising from the building’s operations.

Regardless of these legal and ethical complexities for the incoming administration, it will be essential that US actions and interests abroad are perceived as clearly defined by national interests, not through considerations of the Trump business brand.

Holding the event at the President-elect’s hotel paints a clear picture that Bahraini authorities are willing to use their money to silence any sort of calls for reform. However, throwing money at the world’s perception of the kingdom will not alleviate Bahrain’s challenges. Only through  guaranteeing civil and political rights will Bahrain ensure stability and security for the kingdom and for US interest in the region.

By allowing Bahraini officials to hold lavish celebrations of the king’s coronation at the Trump hotel in DC, Washington inevitably opens the door to muddying US policy with Bahrain.

This blurred line between money and politics is dangerous, potentially illegal, and risks undermining US credibility in the international arena.

- Husain Abdulla originally from Bahrain, is the founder and Executive Director of Americans for Democracy and Human Rights in Bahrain. He has a Master's degree in Political Science and International Relations from the University of South Alabama.