A resounding message from Bethlehem: End the occupation

Sami Abu Shehadeh
Palestinians have the right to enjoy a future of peace based upon justice, tolerance and respect 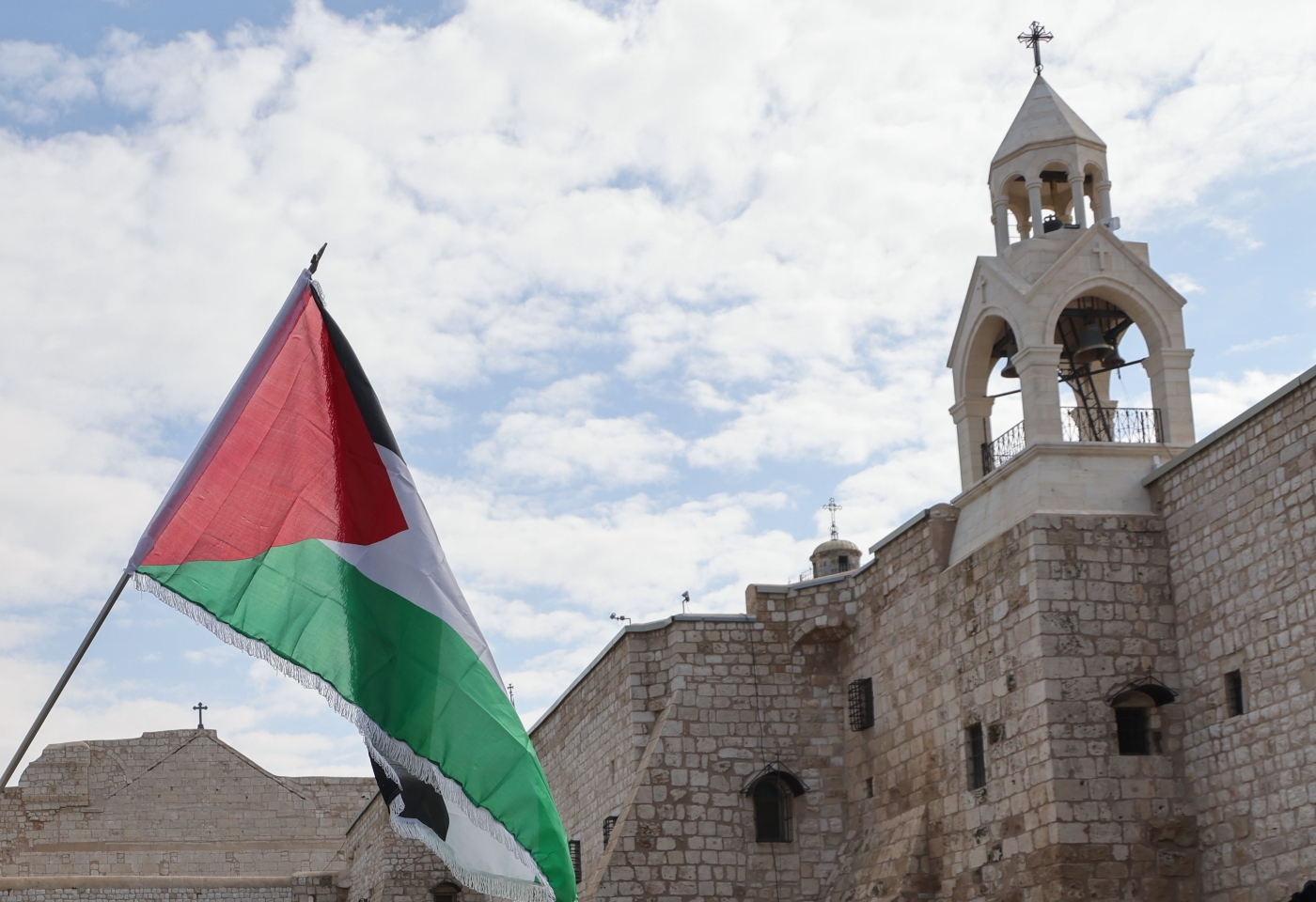 The political developments that have taken place in 2020 should be carefully understood and grasped in order to make 2021 a better year for all.

The Trump administration is leaving behind a legacy of hateful incitement and the use of religion as a weapon against the rights of the Palestinian people.

The Israeli government will soon be disbanded and a fourth election in less than two years will take place in the spring, yet there is no indication that its annexation policies in the occupied territories, its incitement and the institutionalised discrimination against Palestinian citizens of Israel are going to end any time soon.

This is the context in which we should understand this year's Christmas in the occupied Holy Land: Bethlehem, Jesus's birthplace, had a "silent night" with very few pilgrims and hardly any tourist activities, due to Covid-19. The city is besieged by thousands of new illegal Israeli settlement units being built on its land.

A few weeks ago I joined a group of European diplomats in a field visit to the illegal settlement of Giv'at Hamatos, which will consolidate the artificial separation between the biblical cities of Bethlehem and Jerusalem. Recently, the mayor of Bethlehem sent a desperate letter to the European missions calling for urgent action to stop the settlement: "Bethlehem deserves to be restored to its former glory as an open city for peace," he wrote.

The Israeli government and its propaganda apparatus will frame the festive times as an occasion to portray itself as the 'protector' of Christians in the Middle East. But nothing could be further from the truth

These words mean little for Israeli Prime Minister Benjamin Netanyahu, who seems intent on the strangulation of Bethlehem, whether by expanding settlements such as Har Homa, Gilo or Efrat, all illegal under international law, or by the annexation wall, deemed illegal by the International Court of Justice some 16 years ago.

Similarly, a group of Bethlehem clergy pleaded with the international community to intervene to stop the ongoing process of annexation: "Our parishioners no longer believe that anyone will stand courageously for justice and peace and stop this tremendous injustice that is taking place in front of your eyes." Will anyone prove them wrong?

The Israeli government and its propaganda apparatus will, nevertheless, once again make a cynical use of Christmas.

Netanyahu himself delivered a "Christmas message" in which he treated Christians as "foreigners," yet we are celebrating the birth of Christ in the same land Israel occupies today.

Israel's propaganda portrays itself as the "protector" of Christians in the Middle East. But nothing could be further from the truth.

This hypocritical approach was clearly represented by Israel's UN envoy Gilad Erdan, in a "Christmas message" in which he said: "I hope you all have a peaceful holiday and a happy and healthy new year."

Erdan has supported all policies that threaten the Christian presence in Israel and Palestine, from colonial settlements and annexation to racist laws. He was also behind the blacklisting of the Quakers and the denial of entry to the country of a World Council of Churches official, in addition to other Christian organisations that support Palestinian rights and oppose illegal settlements.

We have seen a lot. From the Nakba in 1948, which had an immense impact on Palestinian Christians - with almost 50,000 Christians out of 135,000 population displaced - to the current realities of mushrooming settlements and laws aimed at preventing Palestinian family unifications, Israel has had a systematic policy against its non-Jewish citizens.

Take for example the iconic cases of Iqrith and Kufr Bir'im villages.

During Nakba, the villagers of both Iqrith and Kufr Bir'im were asked by the Israeli army to leave their homes for two weeks only. Seventy two years later, however, they are still unable to return. They sought justice through the Israeli judicial system only to have the Israeli government block the implementation of a resolution allowing their return. 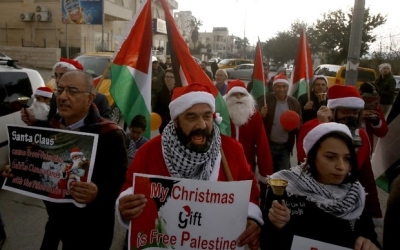 The case was raised by prominent Catholic bishops and it even reached the Holy See, yet no Israeli government has been willing to restore the rights of those Palestinian citizens of Israel who, this Christmas, have returned to the only building left standing in their respective villages, the Catholic Church of Iqrith and the Maronite Church of Kufr Bir'im, in order to celebrate Christmas, while waiting for a miracle of justice on this land.

These are not isolated cases. Almost 25 percent of the Palestinian citizens of Israel are internally displaced. Their rights have not been honoured simply because equality for all Israeli citizens is something that does not exist. Dozens of laws consolidate an institutionalised system of discrimination that has been encouraged over the past years by the Trump administration.

It would have been difficult to imagine a law such as the "Jewish nation-state" law without people like David Friedman, Jared Kushner and Jason Greenblatt being around.

Today, we can look at the consequences of such policies. The terrorist arson attack that targeted the Gethsemane church earlier this month was thwarted thanks to the effective action of young Palestinian Christians and Muslims from occupied East Jerusalem. This attack should not be taken as an isolated event.

When Israeli officials constantly emphasise that this is "Jewish land," denying the rights of Palestinian Christians and Muslims, people should not be surprised by such events. It seems that burning the Church of  the Multiplication of the Loaves and Fishes in Tiberias back in 2015 wasn't enough of a warning to understand the threats that we are facing.

On Christmas Eve, the Latin Patriarch of Jerusalem walked the historic path between the city's Jaffa Gate and the Nativity Church in Bethlehem. This Christmas procession could, paradoxically, be referred to as the new "Via Dolorosa" as it reflects the pain and injustices suffered by the Palestinian people.

The procession passes through the property of hundreds of Palestinian Christian refugee families in Qatamon and Baqaa to then re-enter occupied territory witnessing the expansion of the illegal settlements of Giv'at Hamatos and Har Homa, which will soon turn the historic Mar Elias Monastery, the Patriarch's first stop, into an island in an ocean of settlements.

From there he should cross the annexation wall through Bethlehem's infamous Checkpoint 300. Those are all daily realities that Netanyahu and his populist right-wing friends, both locally and internationally, have continued to perpetuate.

I was born in Jaffa to a Muslim family and attended school at the Terra Sancta College, a traditional Christian institution. Christmas has been part of our Palestinian national identity for generations and part of the coexistence between different faiths.

As the Trump administration nears its end, and while we are getting ready for new elections in Israel, my sincere wish for this new year is that the message of love brought by this occasion will be fulfilled.

This can only begin by recognising the basic principles of equality for all Israeli citizens while ending the occupation that perpetuates the injustice being inflicted upon the people of Palestine.

May the children celebrating Christmas in the "Occupied Holy Land" enjoy a future of peace based upon justice, tolerance and respect.

Sami Abu Shehadeh is a Palestinian historian and a former member of the Israeli Knesset. He is the leader of the Balad, or Tajamou', party. 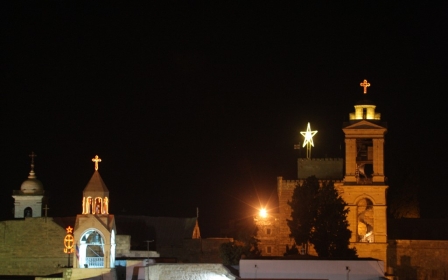 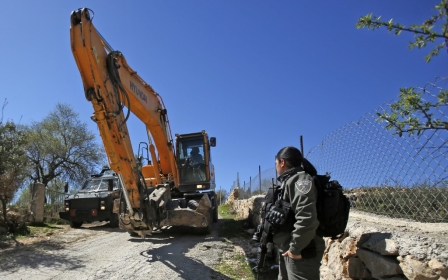 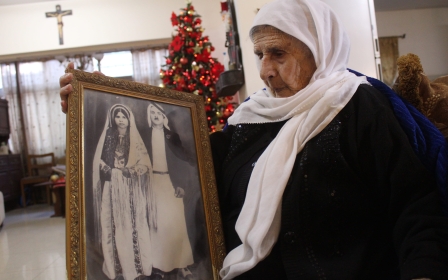