The case against 'clashes': Misreporting Israel's massacre in Gaza 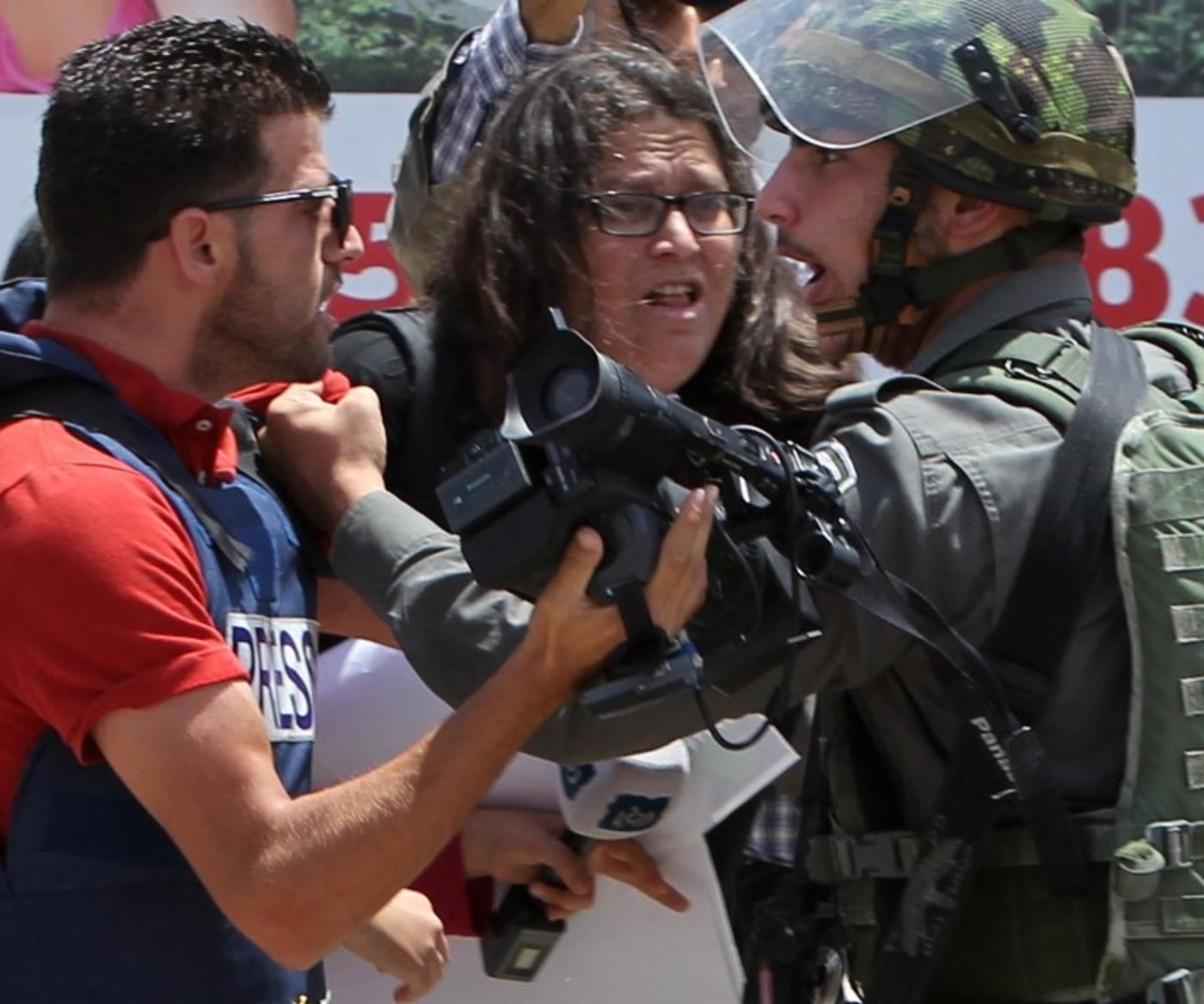 Everyone has heard the saying: "It's like shooting fish in a barrel."

These days, it seems the expression was perhaps expressly designed to describe events in the Gaza Strip, where on 14 May the Israeli army slaughtered no fewer than 60 Palestinians, among them paramedics, disabled persons, and a baby. The occasion: Palestinian protests against 70 years of vast injustice and a continuing panorama of brutal Israeli oppression and blockade, topped off by the recent inauguration of Donald Trump's US embassy in Jerusalem.

Israel has, of course, assigned blame to the Palestinians themselves - as no good assault on Gaza is complete without an attendant assault on logic. According to the official Twitter account of the Israeli military spokesperson, the episode unfolded as follows: "Throughout the day, the Hamas terror organisation led massive and violent attacks, which IDF troops operated to thwart."

Never mind that there's no detectable violence in the photograph accompanying the tweet, which instead appears to depict young and old Palestinians standing and walking in the charming prison-esque landscape to which Israel has reduced the Gaza Strip.

Journalist Sharif Abdel Kouddous, reporting from the Gaza protests for Democracy Now, surveyed the terrible weaponry at the disposal of the Palestinians, including rocks, kites, balloons, and some Molotov cocktails - none of which, he specified, could reach the Israeli soldiers, "who are sitting behind these ramparts and picking people off with sniper rifles".

In addition to "high-velocity sniper bullets", Abdel Kouddous noted that doctors in Gaza had reported Israel's use of fragmentation bullets, as well, and had "seen injuries with fist-sized holes in the exit wounds". New and exciting tear gas-dispersing drones were also on the scene in the besieged Palestinian coastal enclave, which has previously played host to Israeli white phosphorus munitions, missiles and numerous other projectiles.

Facts on the ground notwithstanding, Western mainstream media has long had a knack for converting the fish-in-a-barrel scenario into a drastically different one. Think headlines along the lines of: "Fish in barrel clash with shooter", or "Fish die in barrel as shooter retaliates against aggression".

Coverage of the latest savagery has been much the same. The BBC, for example, produced the initial headline: "Dozens die as US embassy opening looms", which effectively converts the demise of a whole lot of humans into a mysterious phenomenon coincidentally occurring at the same time as a diplomatic looming.

Accountability is purged from the equation, and the average headline reader is hard-pressed to deduce the causal relationship at work - just as they’d be hard-pressed to decipher, say, "Fish perish en masse as larger being looms". The BBC headline was later adjusted to: "Gaza clashes: 52 Palestinians killed on deadliest day since 2014", the text of which article emphasises that "the Israeli military said 40,000 Palestinians had taken part in 'violent riots' at 13 locations along the Gaza Strip security fence".

Granted, mass violent riots would have at least been understandable in light of the past 70 years of Israeli endeavours to destroy Palestine. But the willingness of the mainstream media to transmit Israeli propaganda as credible information beautifully underscores the degenerate nature of the "news" industry, which instead of speaking truth to power speaks untruths on behalf of power.

The final headline is unusually straightforward for the publication that brought us "Boys Drawn to Gaza Beach", although the article itself naturally maintains the whole "clash" theme. Another Times item has yet to evolve: "As U.S. Embassy Moves, Dozens Die in Gaza", which conjures up an image of a diplomatic mission with magical seismic powers.

A source of inspiration

The Washington Times, meanwhile, went with the more transparently sociopathic: "Deadliest Palestinian Protests in Years Mar Historic Jerusalem Embassy Opening". Fox News, similarly predictable, chose the following introduction to its own coverage of the massacre: "At least three of the 52 Palestinians reportedly killed… in clashes ahead of the Jerusalem opening of the U.S. Embassy to Israel were 'armed terrorists' caught trying to plant a bomb near the Gaza border fence, Israel’s military said".

None of the usual media suspects has taken it upon themselves to explain how it is that the term "clash" can possibly apply to a situation in which Palestinian men, women, children, and old people - all of them trapped on a sliver of land with no escape - are attacked by an Israeli military with a monopoly on violence and a penchant for utilising the Gaza Strip as its own personal shooting range.

To be sure, the obsequious media chose sides long ago. But as Israel continues its fish-in-a-barrel efforts under the guise of self-defence, an inconvenient reality is made increasingly clear: human beings are less easily disappeared.

And as Palestinians now mark seven decades of resistance to ethnic cleansing by Israel, their resilience in the face of total depravity is a rare source of inspiration in an unhinged world.

Photo: Journalists scuffle with a member of the Israeli security forces on July 2, 2015, as they cover a demonstration by Palestinians on a road leading to the Adam settlement, located near the West Bank village of Jabba, to mark the first anniversary of the killing of 16-year-old Palestinian Mohammed Abu Khder (AFP)