Israel's Likud is using coronavirus to orchestrate a coup

Richard Silverstein
The prospect of a Netanyahu-led unity government looms. How did we get here? 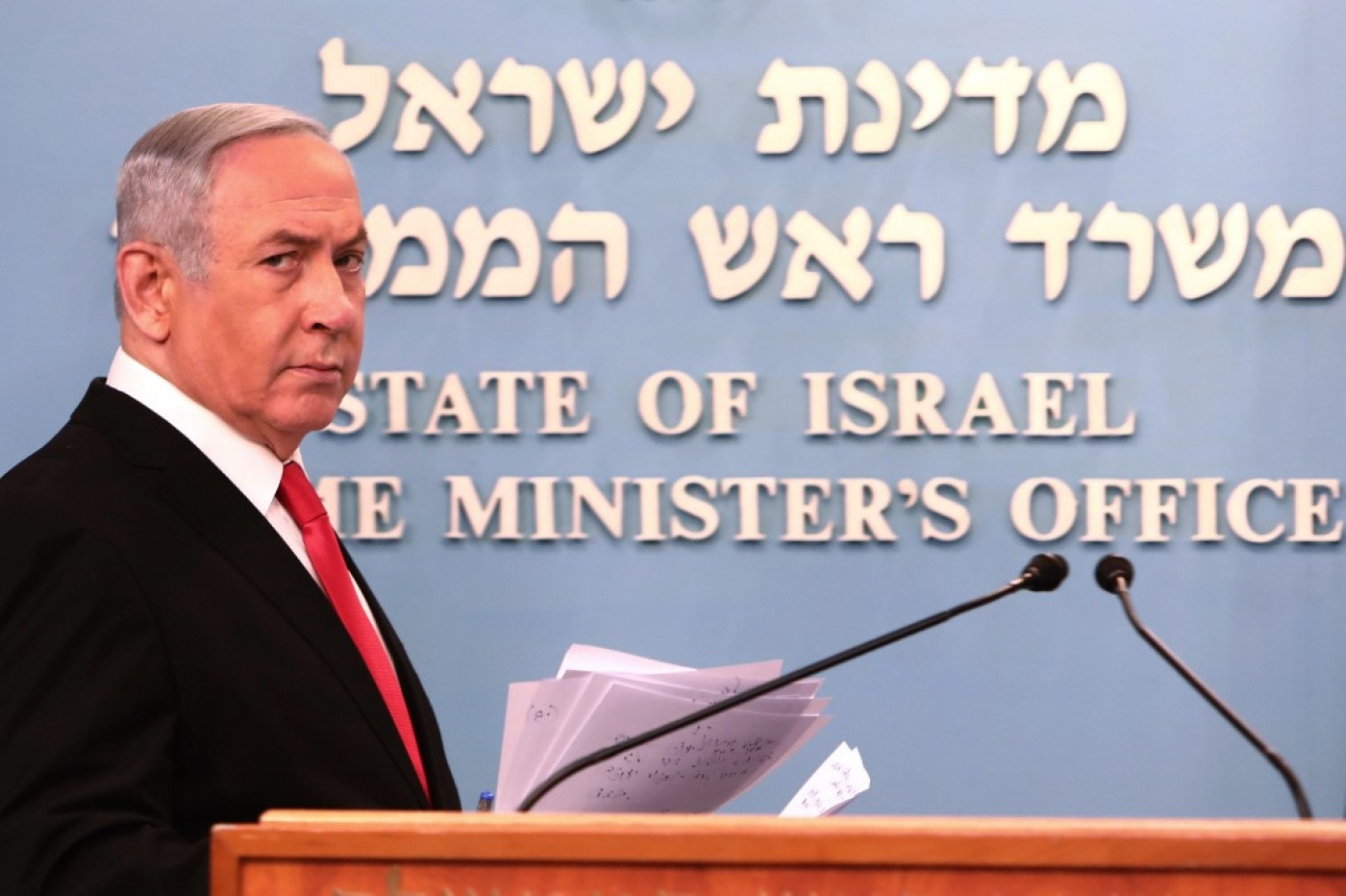 Israel’s governing Likud party did not win the latest election, but it continues to cling to power, exploiting every dirty trick in the book. Now, it looks like it may well stay there.

The centre-right bloc dominated by the Blue and White alliance had edged past the 60-seat threshold to form a government, and on 15 March President Reuven Rivlin tasked party leader Benny Gantz with doing so.

Flash forward to 20 March and Gantz is saying, for the first time, that he would be willing to sit in a national unity government under Prime Minister Benjamin Netanyahu.

This represented quite a change of affairs. Netanyahu’s corruption trial had been scheduled to start last week, but his justice minister decreed that all courts would close, ostensibly due to the Covid-19 pandemic. This in effect postponed his trial until at least May.

But that only staved off one element of Netanyahu’s predicament. To remove the political obstacle to Likud retaining power, it had to throw a wrench in the legislative gears. The first order of business in forming a new government is to name a new Knesset speaker.

Under the guise of saving the lives of their citizens, they toss aside political niceties and conventions, and rule by fiat

But Likud’s current speaker, Yuli Edelstein, conveniently ordered the Knesset shut down. No committees may meet. No business may be conducted, including the business of forming a new government and replacing him. Edelstein again exploited the ploy of the pandemic to justify his decision.

The Knesset’s legal counsel told a meeting of party leaders that the parliament had received “the kiss of death”, adding: “This situation is unlike any other democratic state in the Western world, which suffers from the coronavirus no less than we do. When we refuse to establish these institutions [Knesset committees], we tell the world that we are a crippled democracy.”

There is even more at stake here than preventing Blue and White from forming a new government. If it does, it would not only remove Likud from power, but also lead to legislative initiatives to prevent Netanyahu from ever becoming prime minister again, adding to the desperation of Netanyahu and his Likud gang.

Global emergencies, such as the coronavirus pandemic, offer a field day for dictators and wannabe strongmen. They become indispensable, responsible, the leader citizens can turn to in their hour of need.

Under the guise of saving the lives of their citizens, they toss aside political niceties and conventions, and rule by fiat. That is essentially what Likud is doing now.

Why else would it have bypassed the courts and the Knesset in summoning Israeli security services to expose the private data of Israeli citizens suspected of having the virus? In the name of public safety? If illness is criminalised, victims will be reluctant to come forward and admit they are sick. That would push the disease further underground; everyone would suspect everyone else.

Netanyahu has directed authorities to monitor the physical locations of coronavirus sufferers. They would be forbidden from leaving their homes and potentially punished for doing so. The geolocation data would also identify anyone who had been within two metres of these individuals for 10 minutes or more, and direct them via text message to place themselves under quarantine. Presumably, police visits could be next.

Haaretz reported on an ominous secret briefing by the health ministry to Knesset members, urging “a total halt to personal freedoms”. When the committee balked at offering the ministry immediate approval of these powers, Netanyahu issued his own directive, bypassing the legislature.

Based on an appeal from civil rights groups, Israel’s top court on Thursday decreed that the sweeping surveillance measures could not go forward without parliamentary oversight, giving the government a five-day window to set that up.

Shin Bet, Israel's internal security agency, has a massive database on the Israeli population; it does not need a warrant to obtain this information, and can use it as it sees fit.

According to a report in the New York Times, the security service “has been quietly but routinely collecting cellphone metadata since at least 2002”, without disclosing details on how the data is safeguarded. 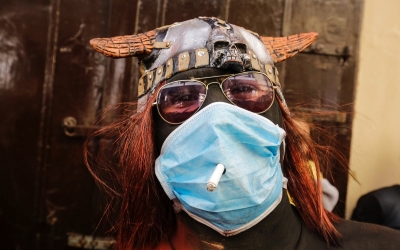 The Telecommunications Law, amended in 1995, gives the prime minister broad powers to order carriers to allow access to their facilities and databases, and Article 11 of the Israeli Security Agency Law, enacted in 2002, lets the prime minister determine what sort of information about cellphone subscribers is required by the Shin Bet, the NYT reported.

“Since 2002, a former senior Justice Ministry official said, prime ministers have required cellphone companies to transfer to the agency a vast range of metadata about their subscribers,” the newspaper noted.

“The official refused to say what categories of data were being provided or withheld, but metadata includes the identity of each subscriber, recipients or initiators of each call, payments made on the account, as well as geolocation information collected when phones communicate with cellular transmission towers.”

In the US, Edward Snowden caused a national security crisis. In Israel, authorities have had far more power and control over such data for decades, with almost no oversight - and no one bats an eye.

So why is Likud pursuing a soft coup, rather than a hard one? Neither the military nor the intelligence services would support a hard coup to keep Netanyahu in power. They generally oppose the military adventurism of Likud’s leadership, not because they’re liberals or especially humane, but because they have a certain deference for political traditions.

Further, they recognise that Likud is corrupt, and handing it the country in perpetuity would mean ruin.

Even if the court does expose Netanyahu's charade... let's not make the mistake of breathing a sigh of relief and celebrating the victory of Israeli democracy

Meanwhile, Blue and White is appealing Edelstein’s decision to shut parliament to the Supreme Court. The government hasn’t yet succeeded in fully shutting down the judicial branch. Though one hopes the court will see through this trickery and restore sanity, that is by no means guaranteed, with many justices having been appointed by Likud.

Even if the court does expose Netanyahu’s charade and restore some normalcy to the political process, let’s not make the mistake of breathing a sigh of relief and celebrating the victory of Israeli democracy.

This is a country in which such values are only skin-deep, if they exist at all. If it takes a half-step forward, as it did when Blue and White agreed to form government with the support of the Palestinian Joint List, it can just as easily take two steps back - and now we have the prospect of a unity government with Netanyahu at its head, that is exactly what has happened.