Did air strikes on Syria break international law? The questions Corbyn must ask May 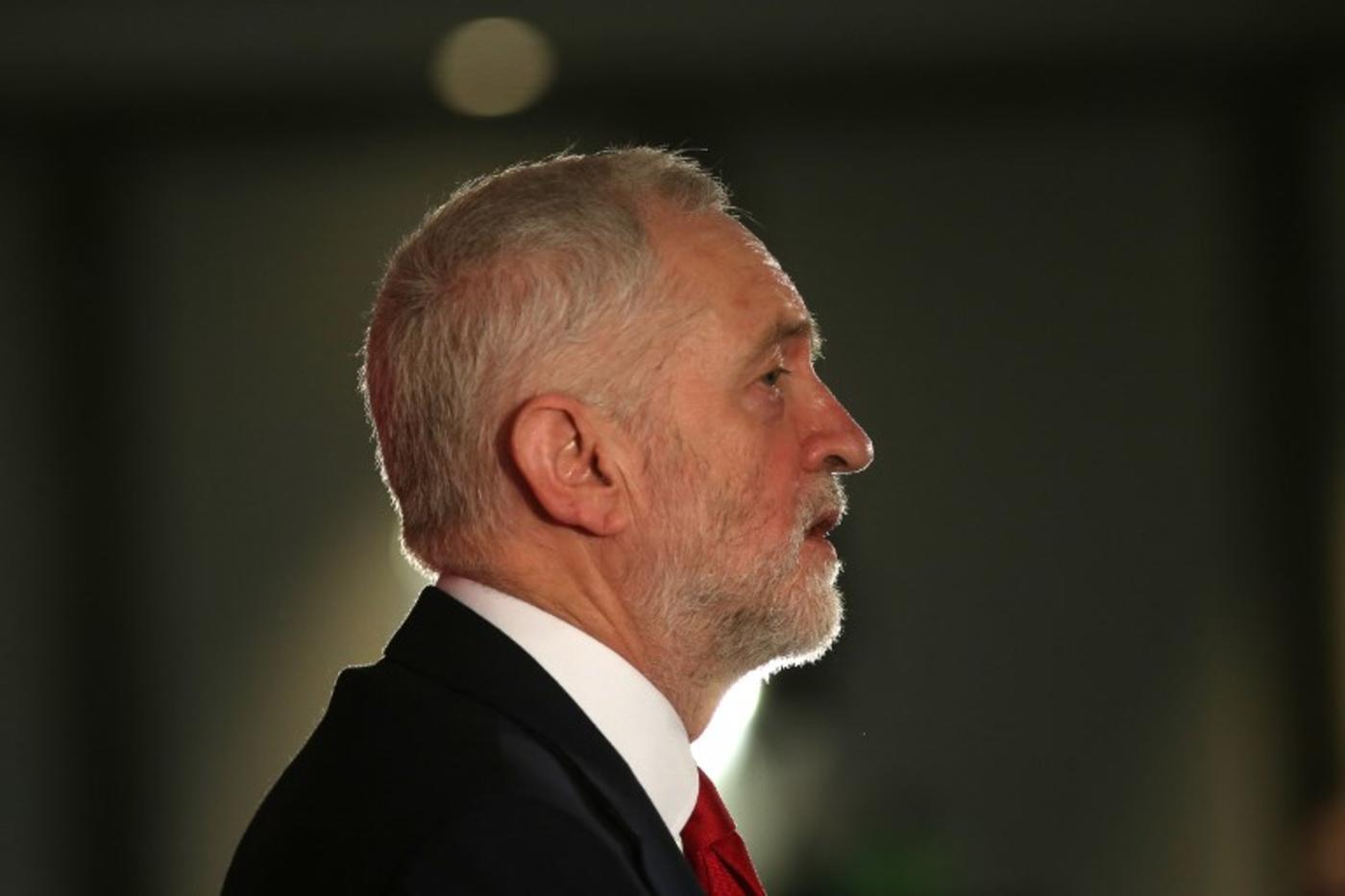 Jeremy Corbyn's battered leadership of the Labour Party has come under heavy fire in recent weeks. But he has emerged as the voice of sanity and common sense as Britain joined US President Donald Trump's bombing raid on Syria.

Corbyn speaks for the majority of the British people in opposing the rush to war. So far, however, ministers have ducked confrontation with the knowledgeable and highly principled Labour leader.

As Corbyn took to the airwaves to set out his anti-war position late last week, Prime Minister Theresa May and her senior team were nowhere to be seen.

They can't run away from Corbyn's questions any longer. On Monday, May will go to parliament to make a statement about the weekend's events. This will give the Labour leader the opportunity to ask the questions that the prime minister – who looked frankly petrified in her press conference on Saturday morning – has so far avoided.

The first question is simple. Why wasn't parliament consulted?

May has provided no good reason so far for this failure to defy recent precedent, which was followed over Libya and Iraq.

I hope that Corbyn will quote the inscription on the grave of Robin Cook, the Labour cabinet minister who resigned from the Tony Blair cabinet ahead of the Iraq invasion.

I was among the thousands of mourners who attended Cook's funeral – such a sad event - and the inscription on his grave reads as follows: "I may not have succeeded in halting the war, but I did secure the right of Parliament to decide on war."

Sadly, May avoided parliament and insulted the memory of Robin Cook ahead of Friday night's military action. The prime minister needs to explain why.

More important still, Corbyn also needs to ask why May ignored other very sombre lessons from Iraq as set out in the report by Sir John Chilcot report nearly two years ago. Sir John spent millions of pounds and the best part of a decade reaching his conclusions, which have been completely ignored by May.

The first of these involves weapons inspectors. Chilcot made plain that Blair and George W Bush were mistaken to invade Iraq before the inspectors had finished their search for Saddam's alleged weapons of mass destruction.

May and Trump repeated exactly this mistake at the weekend. Inspectors from the Organisation for the Prohibition of Chemical Weapons (OPCW) were actually in Damascus and preparing to travel to the area where the alleged chemical attacks took place.

Sadly, May avoided parliament and insulted the memory of Robin Cook ahead of Friday night's military action. The prime minister needs to explain why

The British and American media have virtually ignored this crucial OPCW mission over the last few days, claiming that Russia is blocking an investigation. It is not. The weapons inspectors are there doing their business in Damascus right now.

Corbyn should, however, ask that the remit of the inspectors be expanded in the light of Friday night's attack.

He should suggest that they should visit the facilities that have been bombed. They will then be able to confirm that Britain, France and America bombed chemical weapons factories, as has been claimed.

For example, they will be able to reach a judgment about President Bashar al-Assad’s assertions that a research establishment targeted by the bombers was actually an engineering faculty.

Legality of the attack?

Most important of all, Corbyn should concentrate on the legality of the attack. Some observers are saying that Britain and the United States have launched a fresh war of aggression, as we did 15 years ago with Iraq.

May has issued a legal opinion asserting the legality of the war. There are, however, glaring holes in this judgment which I hope that Corbyn exposes.

The former British ambassador Craig Murray has already drawn attention to the fact that the British government's legal argument "cites no authority. It does not quote the UN charter, any Security Council Resolution or any international treaty of any kind which justifies this action."

Corbyn should ask why not. But I would also suggest that the Labour leader takes a careful look at the justification May does give for war.

Her statement says that the UK "is permitted under international law, on an exceptional basis, to take measures in order to alleviate overwhelming humanitarian suffering".

The prime minister then goes on to set out "three conditions to be met". These are: extreme humanitarian distress; no practicable alternative to the use of force; the use of force must be necessary and proportionate.

Let's humour the British prime minister and assume she's right that a sovereign nation state can embark on war on humanitarian grounds in these special circumstances.

This doctrine at once raises a series of questions, the first of which concerns the ongoing tragedy in Myanmar.

Last autumn the Myanmar government launched on a campaign to eradicate the Rohingya Muslims.

At least 10,000 people were murdered, countless women brutally raped and hundreds of thousands driven from their homes in a campaign of state sponsored killing that some respected authorities have labelled genocide.

So what's Britain's real motive in bombing Damascus at the weekend? Where has our sudden enthusiasm for a humanitarian military intervention come from?

Throughout that period Britain was the "penholder" on Myanmar at the United Nations Security Council. May's new doctrine of humanitarian intervention would surely have entitled us to invade Myanmar. We did nothing.

The same applies to the situation in Yemen, where the bombing campaign from the Saudi led coalition is largely responsible for a dire humanitarian catastrophe which the United Nations estimates has affected approximately 20 million people.

Here too the British are penholders at the United Nations. We have used our influence to prevent an independent inquiry into Saudi war crimes.

So what's Britain's real motive in bombing Damascus at the weekend? Where has our sudden enthusiasm for a humanitarian military intervention come from? These are profound questions. Let's hope Jeremy Corbyn asks the right questions in parliament tomorrow.