Antisemitism has been used to smear the left, while the right targets Jews

Jonathan Cook
Israel may emerge stronger by playing politics with antisemitism, but not without severe repercussions for Western Jews 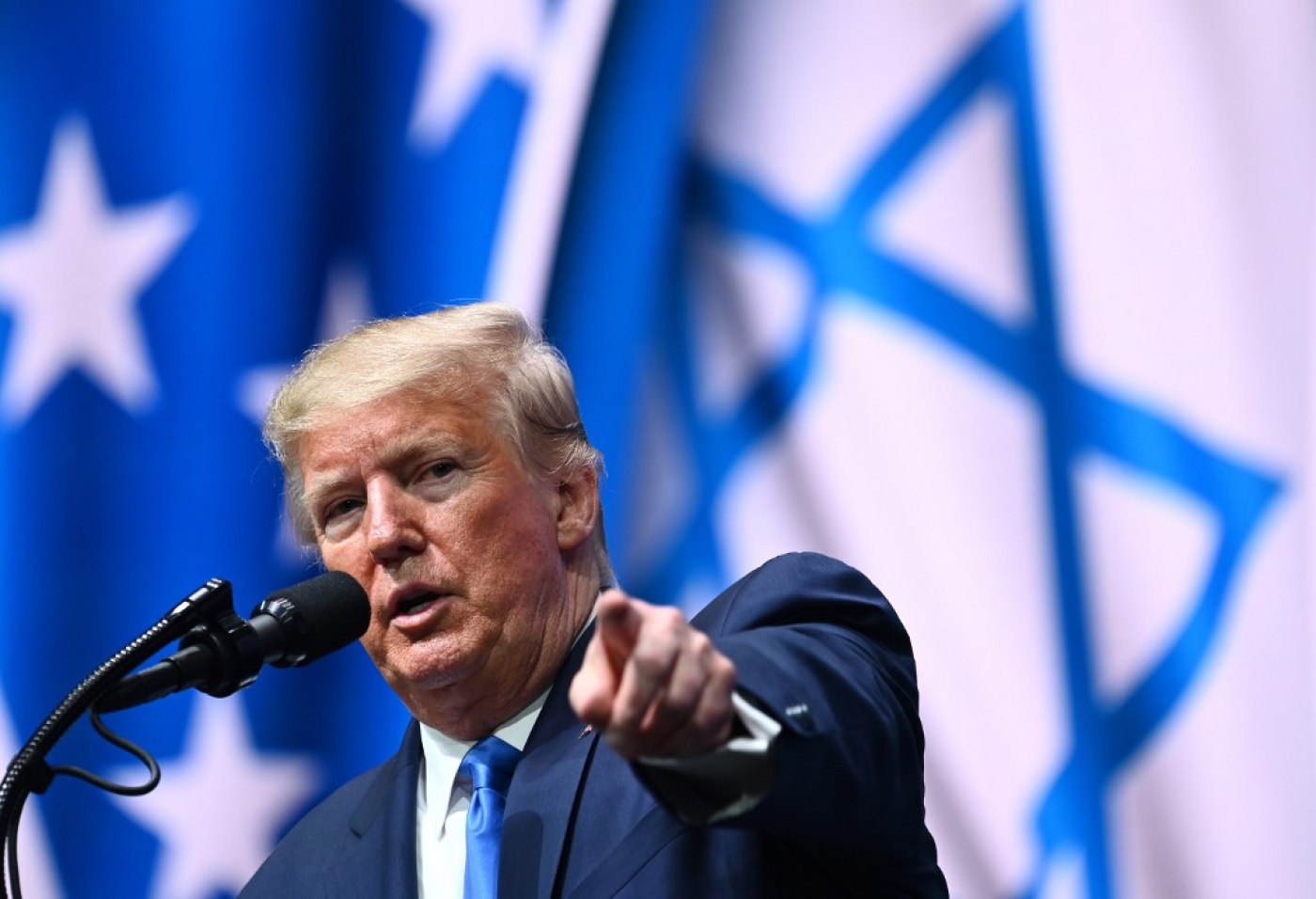 The year ended with two terrible setbacks for those seeking justice for the Palestinian people.

One was the defeat in the British election of Jeremy Corbyn – a European leader with a unique record of solidarity with Palestinians. He had suffered four years of constant media abuse, recasting his activism as evidence of antisemitism.

Antisemitism is a fearsomely difficult smear to overcome

The Labour Party’s electoral collapse was not directly attributable to the antisemitism smears. Rather, it was related chiefly to the party’s inability to formulate a convincing response to Brexit.

But the antisemitism allegations succeeded in stoking deep divisions within Corbyn’s party, making him look weak and, for the first time, evasive. Unfairly, it planted a seed of doubt, even among some supporters: if he was incapable of sorting out this particular mess in his party, how could he possibly run the country?

Any future political leader, in Britain or elsewhere, contemplating a pro-Palestinian position – or a radical economic programme opposed by the mainstream media – will have taken note. Antisemitism is a fearsomely difficult smear to overcome.

The second setback was a new executive order issued by US President Donald Trump that embraces a controversial new definition of antisemitism. It seeks to conflate criticism of Israel, Palestinian activism and the upholding of international law with hatred of Jews. Do not equate criticism of Israel with antisemitism
Read More »

The lesson of where this is intended to lead was underscored by Corbyn’s experience. Earlier, his party was forced to swallow this very same definition, formulated by the International Holocaust Remembrance Alliance (IHRA), in an attempt to placate his critics. Instead, he found that it gave them yet more ammunition with which to attack him.

Trump’s executive order is designed to chill speech on campuses, one of the few public spaces left in the US where Palestinian voices are still heard. It blatantly violates the First Amendment, which privileges free speech. The federal government is now aligned with 27 states where Israel lobbyists have managed to push through legislation penalising those who support Palestinian rights.

These moves have been replicated elsewhere. This month, the French parliament declared anti-Zionism – or opposition to Israel as a Jewish state that denies Palestinians equal rights – as equivalent to antisemitism.

And before it, the German parliament passed a resolution that deemed support for the growing international movement urging a boycott of Israel – modelled on moves to end apartheid in South Africa – as antisemitism. German MPs even compared the boycott movement’s slogans to Nazi propaganda.

Looming on the horizon are more such curbs on basic freedoms, all to assist Israel.

Britain’s Conservative prime minister, Boris Johnson, has promised to ban local authorities from supporting a boycott of Israel, while John Mann, his so-called antisemitism czar, is threatening to shut down online media outlets critical of Israel, again on the pretext of antisemitism. Those are the very same media that were supportive of Corbyn, Johnson’s political opponent.

The irony is that all these laws, orders and resolutions – made supposedly in the name of human rights – are stifling the real work of human rights organisations. In the absence of a peace process, they have been grappling with Israel’s ideological character in ways not seen before.

While Trump, Johnson and others were busy redefining antisemitism to aid Israel, Human Rights Watch (HRW) issued a report this month revealing that Israel – a state claiming to represent all Jews – has used military orders for more than half a century to flout the most fundamental rights of Palestinians. In the occupied West Bank, Palestinians are denied “such basic freedoms as waving flags, peacefully protesting the occupation, joining all major political movements, and publishing political material”.

At the same time, the UN’s Committee for the Elimination of Racial Discrimination broke new ground by berating Israel for its abuses towards all Palestinians under its rule without distinction, whether those under occupation or those with degraded citizenship inside Israel.

The panel of legal rights experts effectively acknowledged that Israel’s abuses of Palestinians were embedded in the Zionist ideology of the state, and were not specific to the occupation. It was a not-so-veiled way of declaring that a state structurally privileging Jews and systematically abusing Palestinians is a “racist endeavour” – wording now ludicrously decreed by the IHRA as evidence of antisemitism.

But that is precisely what the new wave of laws and executive orders is designed to ensure. By silencing criticism of Israeli abuses of Palestinian rights, under the pretext that such criticism is veiled antisemitism, Western governments can pretend those abuses are not occurring.

In fact, there are two very different political constituencies backing the current crackdown on Palestinian solidarity – and for very different reasons. Neither is concerned with protecting Jews.

One faction includes Western centrist parties that were supposed to have been overseeing a quarter-century of peacemaking in the Middle East. They wish to obstruct any criticism that dares to hold them to account for their egregious failures – failures only too visible now that Israel is no longer prepared to pretend it is interested in peace, and seeks instead to annex Palestinian territory.

Not only did the centrists’ highly circumscribed, Israel-centric version of peace fail, as it was bound to, but it achieved the precise opposite of its proclaimed goal. Israel exploited Western passivity and indulgence to entrench and expand the occupation, as well as to intensify racist laws inside Israel.

That was epitomised in the 2018 passage by Prime Minister Benjamin Netanyahu’s government of the nation-state law, which declares not just the state of Israel, but an undefined, expansive “Land of Israel” as the historical home of the entire Jewish people.

Now, centrists are determined to crush those who wish to expose their hypocrisy and continuing alliance with an overtly racist state implacably opposed to self-determination for the Palestinian people.

So successfully have they weaponised antisemitism that human rights scholars last week accused the International Criminal Court in the Hague – the supposed upholder of international law – of endlessly dragging its feet to avoid conducting a proper war crimes investigation of Israel. ICC prosecutors appear to be fearful of coming under fire themselves.

The other faction behind the clampdown on criticism of Israel is the resurgent, racist right and far-right, who have been increasingly successful in vanquishing the discredited centrists of US and European politics.

If Jews are justified in laying claim to being the chosen people in Israel, why can’t whites make a similar claim for themselves in the US and Europe? If Israel treats Palestinians not as natives but as immigrants trespassing on Jewish land, why can’t Trump or Johnson similarly characterise non-whites as infiltrators or usurpers of white land?

The more the right whips up white nationalist, anti-immigrant fervour, they more it is able to undermine political solutions offered by its opponents on the centre and left.

Perhaps most astounding of all, much of the Jewish leadership in the US and Europe has been actively assisting the right in this political project, so blinded they are by their commitment to Israel as a Jewish state.

So where does this take Western politics? The centrists have let the antisemitism genie out of the bottle in order to damage the left, but it is the populist right that will now work to refine the weaponisation to further their own ends. They will stoke fear and hatred of minorities, including Palestinians, Arabs and Muslims, all to Israel’s ideological benefit.

Jews in the West will pay a price too, however. Trump’s speeches have repeatedly imputed nefarious motives, greed and dual loyalties to American Jews. Nonetheless, faced with Israel’s staunch backing of Trump, conservative Jewish leaders in the US have preferred to stay largely silent about the president stoking nativist sentiment.

That is a reckless miscalculation. The mock battle of fighting a supposed left-wing antisemitism has already diverted attention and energy away from the struggle against an all-too-real revival of right-wing antisemitism.

Israel may emerge stronger by playing politics with antisemitism, but Western Jews may as a result find themselves more exposed to hatred than at any time since the end of the Second World War. 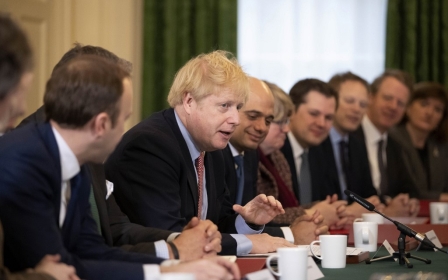