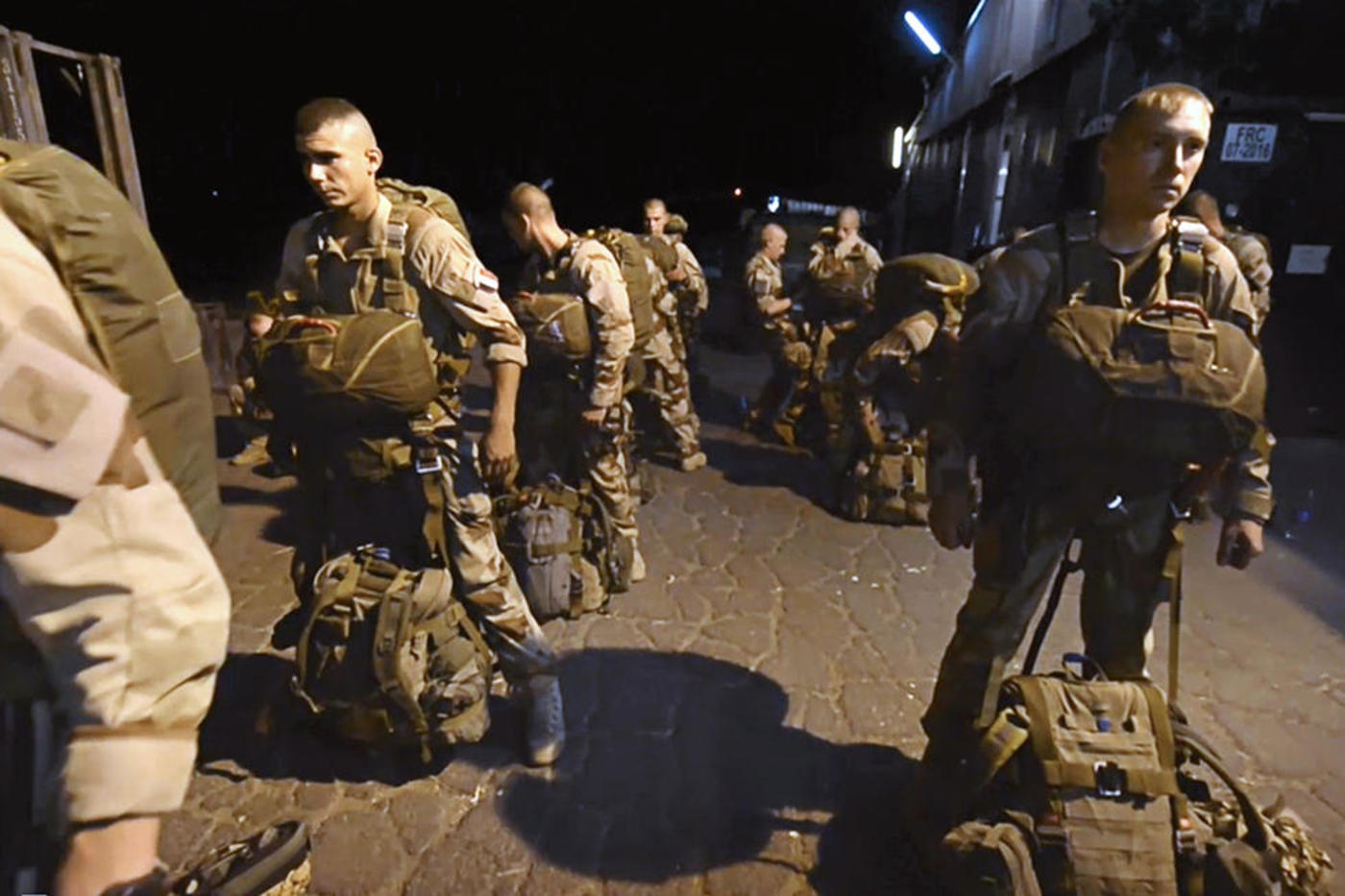 Is the West ready for another military intervention in Libya, four years after Operation Unified Protector that lead to the overthrow of the Gaddhafi regime? According to The Times, “hundreds of British troops are being lined up to go to Libya” as part of an international mission that would comprise also personnel from France, Germany, Italy, Spain and the United States.

This operation would sustain the Libyan government of national consensus to be formed through the UN-led dialogue but there will be also a “counterterrorism element” in which Libyan troops would take the lead; but eventually US or French airstrikes could still happen. According to the article published on 1 August, the operation could kick off by the end of this month.

To those who have been following Libya in the past year, this isn't necessarily all new. The idea that the EU would contribute to Libya's security once a unity government is formed was first proposed officially by the summit of Europe's foreign ministers in February. It's been clear to all parties that once and if a unity government is created, this would be in the position to ask for protection by an international force.

Libya lacks a really functioning and neutral army and what is known as the “Libyan National Army” (LNA) is in fact the remnants of the old Gaddafi-era armed forces integrated by many civilians and under the command of the anti-Islamist Khalifa Heftar. In the event of a national unity deal, the militias now in control of Tripoli would have to withdraw.

However, it is unlikely that they would accept to be replaced by the LNA, so an international, neutral force would have to guarantee the security of government buildings and of the main transportation hubs, starting with the airports and the port in Tripoli. Given the long time lapse needed to create a full UN peacekeeping force, initially there would be a “stabilisation force” constituted by a coalition of the willing and authorised by the UN Security Council, upon request of the Libyan government of national consensus.

Yet, one thing is a stabilisation force tasked with protecting some facilities in Tripoli, another thing is to extend to Libya the fight against the Islamic State that is conducted by the multinational coalition in Syria and Iraq. Militarily, the two types of missions involve different resources: some thousands of ground troops in the case of the stabilisation force, a more complex deployment of special operation forces and air forces should Libya becomes another battleground of the anti-IS coalition.

Politically, the “stabilisation force” would come into being only when there is a very wide agreement among all Libyan factions, including the now reluctant General National Congress that controls the capital. In the case of the anti-IS operation, the risks of being dragged into the local civil war, as recent developments in Syria demonstrate, remains high.

In fact, two aspirations coexist in the major Western countries. On the one hand, David Cameron, Matteo Renzi and Francois Hollande all feel the pressure to do something visible against the threat of having IS on the Mediterranean, just 200 miles from Lampedusa. On the other hand, there is the need to give breathing space and security to a national unity government so that it can fill the power gap that has created opportunities for IS in Libya. Coincidentally, such a government could become a real partner for European operations against people smuggling.

Italy would take the lead of this operation as first suggested by Italian Minister of Defence Roberta Pinotti in an interview in February. Italy is interested in fighting the Islamic State and in preventing migration flows as much as in supporting the transition.

Other countries have shown concern over the expansion of IS in Libya. France is already very engaged in North Africa with operation Barkhane to counter terrorist groups throughout the Sahel.

A major French base is in Madama (Niger) close to the border with Libya and on one of the major smuggling routes across the Sahara. French Minister of Defence Jean-Yves Le Drian said as early as January that it was time to act in Libya by “shifting operation Barkhane” northwards. France is concerned that the jihadist groups that were chased out of Mali may have actually ended up in southern Libya.

The US does not hide its concern with sprawling jihadist networks in North Africa, particularly those linked with IS. Less than two months ago an American air strike unsuccessfully tried to kill the famous al-Qaeda leader Mokhtar Belmokhtar. In recent weeks, the US reportedly sought to establish a drone base in North Africa, close to Libya.

Finally, the UK Prime Minister David Cameron has reportedly ordered to draft plans to strike at IS in Libya following the attack in Sousse (Tunisia) where 30 British tourists were killed by jihadists who apparently had trained in Libya. According to the Times article, however, the British intervention would focus on training the Libyans to fight against IS.

Yet these concerns over the presence of IS in Libya and the stated willingness to use force against it should not be confused with the discussion about the creation of a “stabilisation force” to support the Libyan unity government. The fight against IS could take more “informal” routes through occasional airstrikes and special operations.

After all, UN Security Council Resolution 2214 approved in March, “urges member states to combat by all means” IS and Qaeda-ist organisations in Libya. This type of operation could actually be a response to the simultaneous rise of IS-related attacks stemming from Libya and an impasse in negotiations for a national consensus government.

On the other hand, a stabilisation force may not be around the corner precisely because of the difficulties in forming a consensual government. At the moment, UN Special Envoy Bernardino Leon must still win the support of the GNC to the deal that all the other Libyan factions signed on 11 July. After that, negotiations on the names of the new ministers will begin, along with other “annexes” of the deal which regulate the functioning of the financial institutions and the new “state council” that would replace the GNC and be a consultative chamber. This whole process could take several weeks, with the expiry of Leon's mandate on 15 September looming closer.

The crucial question, though, is whether any form of international intervention in Libya would work. The task of a stabilisation force would be much more limited and therefore achievable: in case of a consensus agreement, to guarantee the security of some installations. This would not guarantee the success of the transition but it could be, if properly devised and with the agreement of all factions, a strong element of support for the new government.

As for the anti-IS coalition scenario, it would be part of a much more worrying development, one in which no realistic political agreement is in sight and the West aims simply at containing the sprawling jihadist groups. To be effective, it would need to take place in tandem with some form of implicit agreement between the major Libyan armed groups that they would fight IS rather than each other. Ultimately, IS in Libya is not yet an army as in Syria or in Iraq, so the military strategy would have to be different.

Finally, there is the worst-case-but-not-unlikely scenario: faced with GNC stubbornness, the international community gets along with a “unity government” that does not include those who now control the capital. The new government would then try to conquer Tripoli militarily, counting on a meltdown of the coalition of militias that now control the city, some of which have made clear their opposition to the GNC hardliners. This could lead to either open fighting or extended violence in a part of Libya that in recent months has benefitted from an extended web of local ceasefires.

Ultimately, the “unity government without the GNC” could ask for either an international military intervention or, more likely, the lifting of the UN arms embargo. It's not clear how the West would respond – and if the response would be a united one.

Photo: A image grab made on April 17, 2015 from a video released by the ECPAD (French Defense Audiovisual Communication and Production Unit) shows soldiers of the French second Foreign Parachute Regiment (REP) before jumping off a plane on April 17, 2015 during an airborne operation at the "Salvador Pass" at the border between Libya and Niger, as part of the anti-jihadist operation in the Sahel "Barkhane". 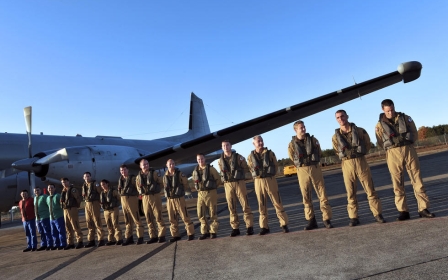 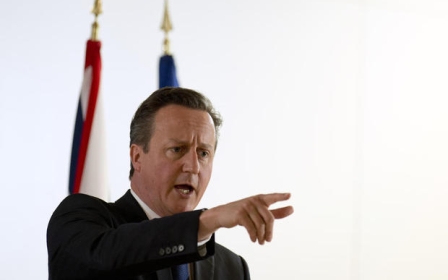 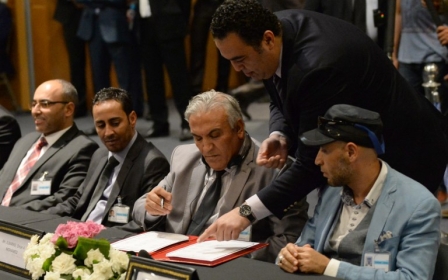