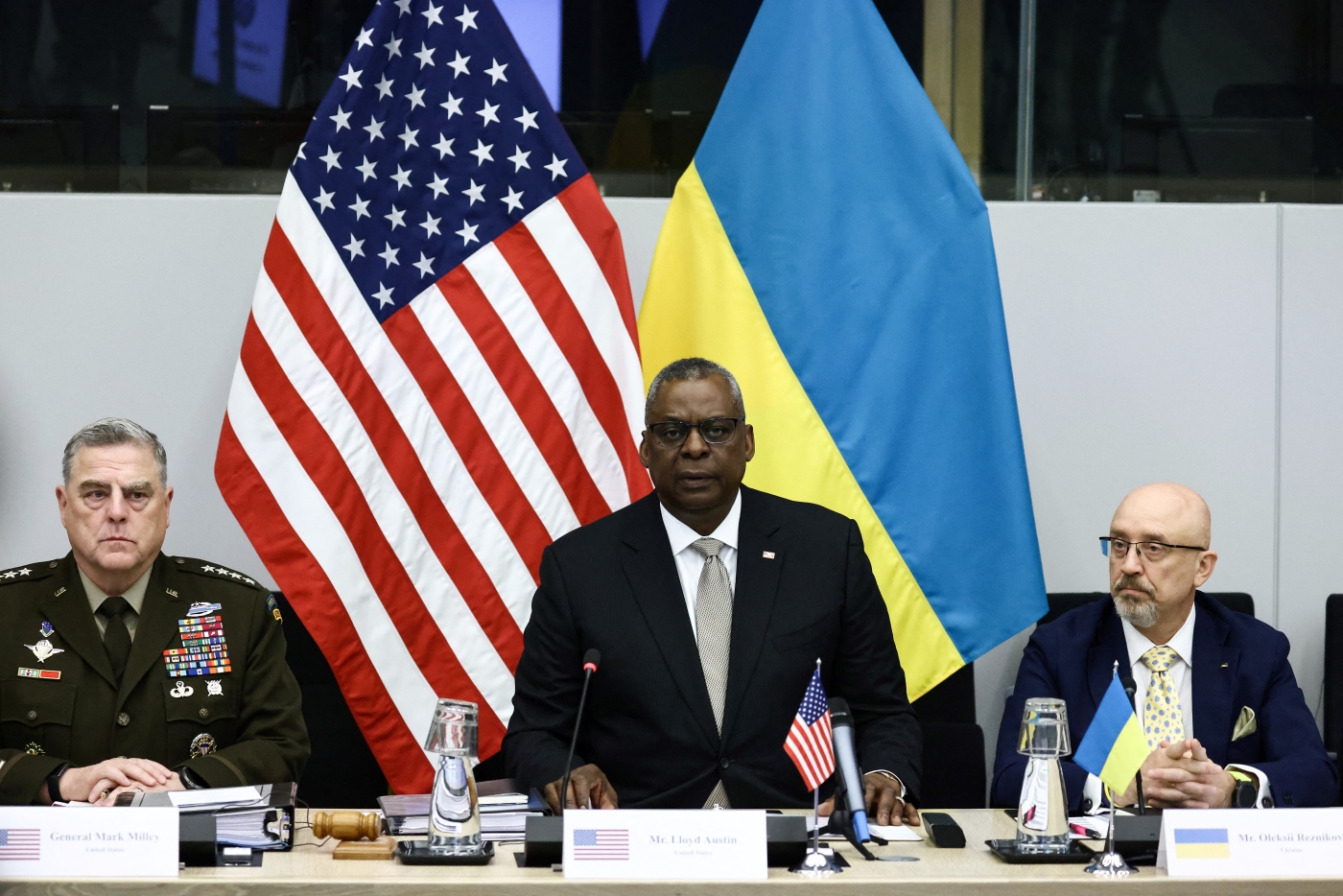 (From L) US Chairman of the Joint Chiefs of Staff General Mark Milley, US Defence Secretary Lloyd Austin, and Ukrainian Defence Minister Oleksiy Reznikov gather as part of a Nato Defence Ministers Council meeting in Brussels on 12 October 2022 (AFP)

The ongoing effort since 1991 to bring Eastern Europe into the fold of Nato and the European Union is not the first such integration attempt by Western Europe in recent history.

The importance of Eastern Europe to world domination was recognised early on by the German Nazi regime, which planned to conquer it and transform it into a German settler-colony.

Given the horrific scale of Nazi genocide and war crimes, attention to Nazi plans and actions for the settler-colonialisation of Eastern Europe have received understandably less public attention since World War Two.

For the Nazis, however, the conquest of the East was a pressing goal early on, as it was seen as part of a restoration of Teutonic history and the First Reich.

Heinrich Himmler, the chief of the Nazi militias, referenced the 14th century Teutonic knights as they conquered eastern land and he would later use ancient German names for the conquered territories.

The 1941 German invasion of the Soviet Union was code-named Operation Barbarossa, the name by which Frederick I, the 12th century German emperor of the Holy Roman Empire (the First Reich), was known.

The very cause of World War Two, which would cost upwards of 50 million lives, was in fact the realisation of Germany’s old/new grandiose racialised settler-colonial project, which the Nazis were determined to achieve. 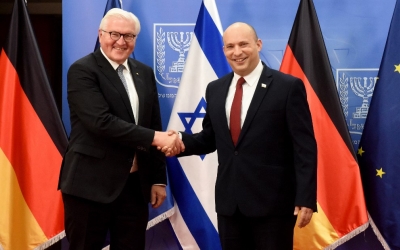 But as settler-colonialism was the standing policy of the United States, Britain, France, Italy, and other European colonial empires, the German Nazis would learn from these precedents to craft their own plans for Europe.

The US was the favourite model from which they borrowed. For example, the ideological notion of lebensraum, or "living space", which became central to Nazi settler-colonialism, was first articulated by German geographer Friedrich Ratzel (1844-1904), who was inspired by US white-supremacist settler-colonial expansionism in the 19th century and its ideological concept of “manifest destiny”, about which he wrote his first book in 1878-80, exalting white American settler-colonialism in the West.

In 1901, Ratzel published an essay entitled Lebensraum, in which he articulated the centrality of space and soil for the modern state, and to white advanced races, what he would refer to as "bio-geography".

Indeed, the white supremacist US settler-colonial concept of "manifest destiny", first used in 1845 by a US journalist calling for the US to annex Texas (and condemning British and French efforts to check US expansionism westwards), was an inspiration not only for Ratzel’s neologism of "lebensraum", but also for the Nazi ideology that later adopted the term.

The 1893 "frontier thesis" of the US white historian Frederick Jackson Turner that justified such territorial expansion as essential to the American (white) character and that the western frontier constituted "the meeting point between savagery and civilization" were in turn influenced by the work of Ratzel.

Meanwhile, Ratzel himself would credit Turner’s work as inspirational to his own later concept of lebensraum.

The same year that Turner’s work was published in 1893, the German economist Max Sering wrote a book The Internal Colonization of the German East in reference to the Posen province and other Polish regions in Prussia. Sering also had visited the United States before writing his book and praised white American settlers as a model for German colonists of the East.

These racialised colonial-settler justifications were so influential on Adolf Hitler that he analogised the "German East" to the American West: "Our Mississippi must be the Volga, not the Niger."

He added that the genocidal US colonial settlers who "shot down the millions of Redskins to a few hundred thousand, and now keep the modest remnant under observation in a cage", set an inspirational precedent for what awaited the Slavic people of eastern Europe, but especially for the Russians, whom Hitler called "Redskins".

Hitler declared that the German settler-colonists and conquerors must "Germanize this country by the immigration of Germans, and to look upon the natives as Redskins." He added that in the German East "a similar process will repeat itself for a second time as the conquest of America".

Most of all, the Nazis looked to US racist laws while preparing their own Nuremberg Laws, although, as American legal historian James Whitman explains, "when the Nazis rejected the American example, it was sometimes because they thought that American practices were overly harsh: for Nazis of the early 1930s, even radical ones, American race law sometimes looked too racist".

This was especially so in the case of the "one drop rule" of determining Blackness, at which the Nazis "shuddered" given the "human hardness" it caused, and adopted a less stringent criterion for the racial classification of German Aryans.

More generally, German historian Albrecht Wirth (1866-1936) understood well in his 1934 book about world history that he penned for Nazi readers that "the most important event in the history of the states of the Second Millennium - up until the [First World] War - was the founding of the United States of America. The struggle of the Aryans for world domination received thereby its strongest prop."

Other inspiration for Nazi racial and citizenship laws came from the white-supremacist British settler-colonial dominions of Canada, South Africa, Australia, and New Zealand, whose immigration laws excluded non-white people, as did the laws of the US.

But the real ideologues of Nazi lebensraum were Ratzel’s fellow geographers, who built on his work after his death. The Swedish politician Rudolph Kjellen theorised the importance of acquiring new territory as natural to any state, and British geographer Sir Halford Mackinder wrote in 1919 about the superior power of continental states compared to maritime ones.

Mackinder was concerned at the end of the First World War of a possible alliance between Soviet Russia and Germany, as he warned that whoever controlled Eastern Europe would be able to dominate the world.

It was German geographer Karl Haushofer, a professor at the Munich Polytechnic University, who synthesised these works in the 1920s. He combined the ideas of lebensraum as natural and organic to a state and the necessity of controlling Eastern Europe in order to establish world domination.

Haushofer stressed Ratzel’s point on the importance of a nation being embedded in its native soil but narrowed the concept down to agricultural cultivation.

It was from Haushofer, who was introduced by his devoted student Rudolf Hess to Hitler in 1924, that Hitler and the Nazis would adopt their notion of Lebensraum and insist that Eastern Europe should all become agricultural land to serve the Third Reich.

The horrific genocidal history of the German conquest of Eastern Europe and the Soviet Union would follow these plans at the expense of tens of millions of lives.

The Nazis invaded Poland on 1 September 1939. Five weeks later, on 7 October, Hitler issued a decree to create the "Reich Commission for the Strengthening of Germandom", and appointed Himmler as its head.

Its tasks included the “return” of Germans outside the Reich (from areas that Germany did not plan to conquer, like Italy and the Baltic States) to the Nazi state; preventing the harmful influence of alien populations (Jews and Slavs); and the creation of new areas populated by German colonists (preferably by those ethnic Germans who “returned” from areas that were not occupied) in the new occupied territories of Eastern Europe.

The history of German settler-colonialism in the East was not an aberration in European colonial history except that its target was Europe and not the Americas, Asia, Africa, or Oceania.

The horror expressed by white European Christians in Europe or its settler colonies after the war regarding the level of devastation and killings in Europe did not impress the colonised people of Asia, Africa, and the Americas as anything but an expression of white supremacist hypocrisy. This was, perhaps, best expressed by the Martinican poet and intellectual Aime Cesaire.

For Cesaire, it was not only the colossal genocidal policies of Nazi Germany that impelled him to compare Nazi actions to European colonial genocides across the non-European world, but also Nazi settler-colonialism inside Europe. In his classic 1950 Discourse on Colonialism, he affirmed that the retrospective view of European Christians about Nazism is that:

"It is barbarism, but the supreme barbarism, the crowning barbarism that sums up all the daily barbarisms; that it is Nazism, yes, but that before [Europeans] were its victims, they were its accomplices; and they tolerated that Nazism before it was inflicted on them, that they absolved it, shut their eyes to it, legitimised it, because, until then, it had been applied only to non-European peoples; that they have cultivated that Nazism, that they are responsible for it, and that before engulfing the whole of Western, Christian civilization in its reddened waters, it oozes, seeps, and trickles from every crack [of that civilization]."

For Cesaire, Nazism was European colonialism turned inwards. He argued that what the European "humanistic, very Christian bourgeois of the 20th century cannot forgive Hitler for is not crime in itself, the crime against man, it is not the humiliation of man as such, it is the crime against the white man, the humiliation of the white man, and the fact that he applied to Europe colonial procedures that until then had been reserved exclusively for the Arabs of Algeria, the Coolies of India, and the Blacks of Africa".

The more contemporary racist western mainstream coverage of the atrocities of war in Ukraine and the horror it provokes on account of being committed in a European country, compared to coverage of western wars against countries outside Europe, continues the very same tradition.

That this is the result of Western Europe and the US’s insistence on establishing hegemony across Eastern Europe after the fall of the Soviet Union is hardly a mitigating circumstance. 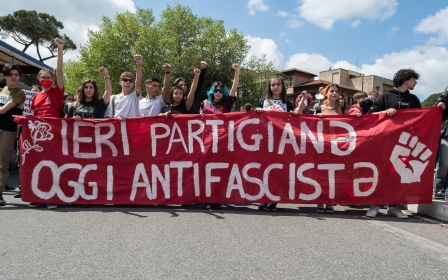 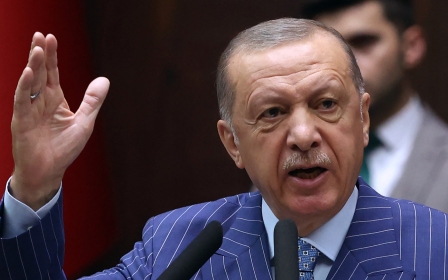 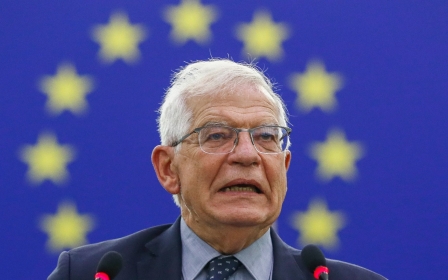