Good time for a bloodbath in Aleppo? Putin thinks so 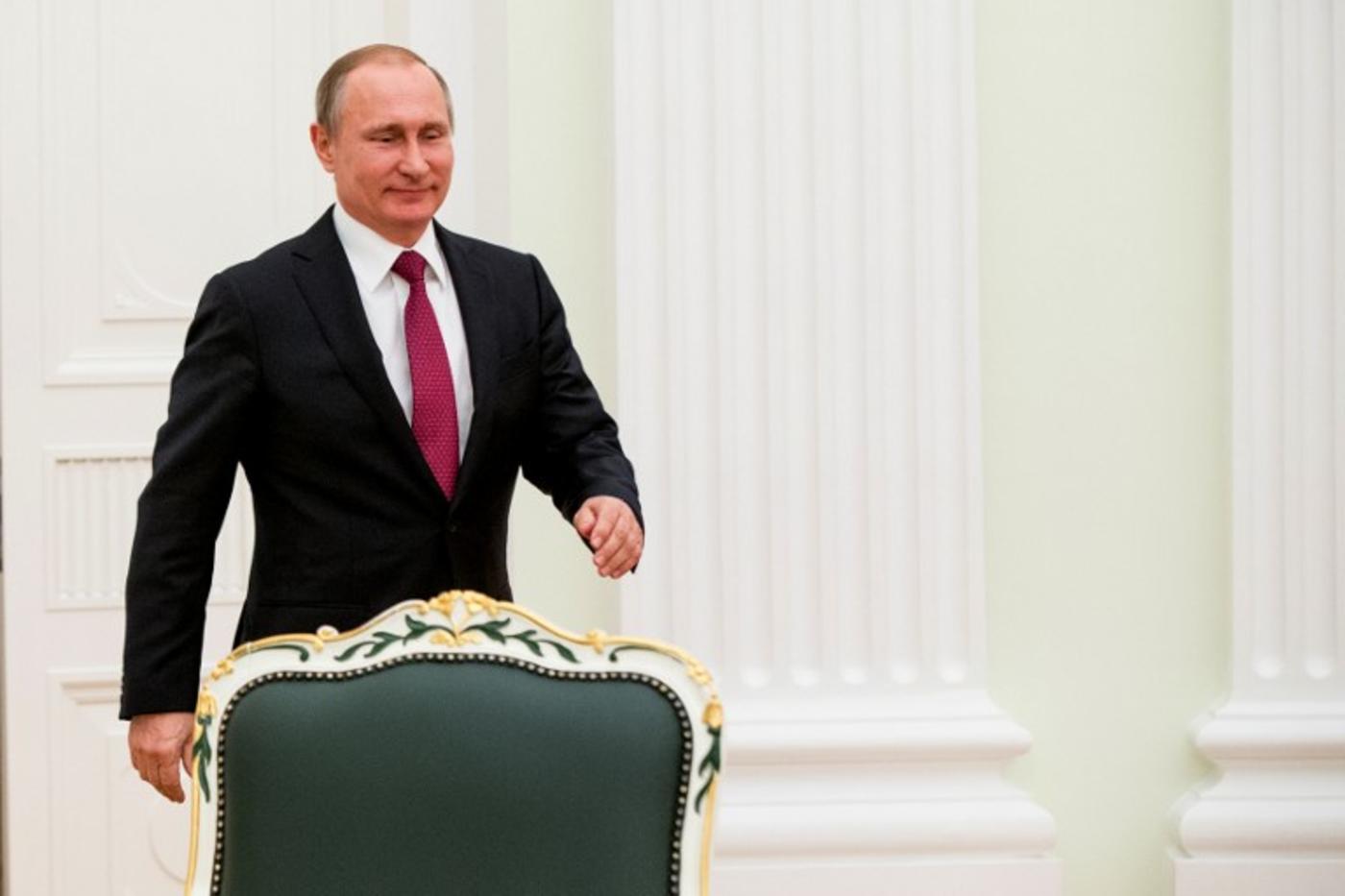 It is nearly a year since Vladimir Putin sprung one of his little surprises on Washington by entering the civil war in Syria as an active combatant on Bashar al-Assad’s side.

In that time, Russian bombing can claim to have saved Damascus and the regime itself from falling, to have re-opened the coastal road to Latakia, and liberated Palmyra. Putin has already declared mission accomplished once and flew home most of his bombers. He is now flying them all back in an assault on east Aleppo.

In that time, Sergei Lavrov and John Kerry lulled each other into thinking that they could waltz their way to the Geneva conference table, when neither the Russian Ministry of Foreign Affairs, nor the State Department were running things. The deal breaker was the US bombing of Syrian regime positions in Deir Ezzor on 17 September, an act for which the US have apologised but which the Russians believe was a deliberate act.

Just as he did in Ukraine (a separatist war for which Moscow, Ukrainian nationalists and EU negotiators all have blood on their hands), the arch regional opportunist Putin saw an opportunity: to finish off Aleppo, and with it a war that has lasted the five and a half years. Or so he thinks.

The fire that never goes out

Russian generals also think they have done Aleppo before. For anyone who witnessed the bombardment of Grozny - in 1994 and 2000 - the pictures coming out of east Aleppo are nothing new.

To judge only by recent history, I would not place a lot of money on the bet that a Russian intervention can deliver a knock-out blow

The use of thermobaric or vacuum bombs (bursts which suck the oxygen out of the air within a 500-metre radius), phosphorus, "double tap" strikes, deniable militias, the targeting of hospitals, market places, mosques, anywhere where civilians gather in war time - all this Russia has tried before in Chechnya.

The brutality of the Russian counter insurgency in Chechnya had one effect. It split a nationalist Sufi separatist movement, which had been running on and off since Tsarist days, into two factions. One went into exile and is inert. The other became the hard core of the Islamic State (IS) in the North Caucasus, and provides one source of foreign fighters for IS in Raqqa.

Russia has never put this fire out. It continues to burn away in Muslim-majority Russian republics like Dagestan and Ingushetia and will burst out again the moment Moscow takes its foot off the throat of the North Caucasus. In one sense, Putin is right to think that he is fighting the same enemy now in east Aleppo, as he did 16 years ago in Grozny. It is one that he himself created.

Aleppo, however, is not Grozny. It does not lie on the fringe of the Russian Steppe. Its one of three major Sunni cities, along with Baghdad and Mosul, which if Bashar al-Assad, Hezbollah, and the Quds brigade of the Iranian Revolutionary Guard get their way, will see another major Sunni civilian exodus.

Putin is assuming that the fall of Aleppo will be a pivotal moment in the civil war. He is assuming the fall of a Sunni city to Shia militias, controlled by the regime and two other foreign interveners, Hezbollah and Iran,  would be game over for Syrian rebels.

To judge only by the recent history of Aleppo, Homs, Mosul, Fallujah and Ramadi, I would not place a lot of money on the bet that a Russian intervention can deliver a knock-out blow. These cities have fallen and been retaken more times than Putin and Barack Obama have met. What applies to the limits of US, British and French kinetic force in Iraq, applies also to Russia, Iran, and Hezbollah.

Considering the ferocious fire power they have faced, the combined combat strength of Syrian rebel factions has been remarkably resilient. Even under massive bombardment, the front lines in Aleppo have not changed, as yet, as much as one might have expected them to.

The issue is not the number of fighters at the rebel’s forces disposal. It has been factionalism - which has been solved by the unity forged under all out assault. And it has been the quality of weapons that Obama allowed through, under a policy designed to keep rebel forces strong enough to resist, but not strong enough to prevail. Obama has always been frightened by what victory in Syria looks like.

As the US walks away from Geneva, that brake will now come off. The key funders of the rebel militias - Saudi Arabia, Turkey and Qatar - will be freer to pump battlefield weapons into the battlefield.

Putin is effectively pitting Russia’s economy against Turkey’s and Saudi Arabia’s and in the circumstances, this is not such an intelligent thing to do

Secondly, as America walks away, Saudi Arabia, Turkey and Qatar will step deeper in. Turkish forces are already within easy reach of east Aleppo. If they retake al-Bab from IS, they will be within a few kilometres of it.

Out of the blue, having seemingly been overshadowed by his younger nephew, the Saudi Crown Prince Mohammed bin Nayef has suddenly asserted himself. He popped up in Washington and now Ankara. Turkish President Recep Tayyip Erdogan denied that the two had discussed arming the rebels. I have no information to contradict that, but in the context of the US withdrawal from Syria, this was an important meeting.

If I am right, and Russia fails to achieve the quick knock-out blow to the rebel cause that Putin thinks he will deliver, this means that he has to think long term. He has not got an economy that can sustain a long-term foreign intervention. Putin and his band of oligarchs never succeeded in weaning the Russian economy off its fix of oil and gas revenues.

In a long-term military engagement in Syria, Putin is effectively pitting Russia’s economy against Turkey’s and Saudi Arabia’s and in the circumstances, this is not such an intelligent thing to do.

Syria worked for Putin on a number of levels. It wrong-footed Obama - always a plus for Putin. A key role in Geneva could have proved to be a ticket back out of international isolation, forced on it by the Ukrainian conflict. It saved Assad. It persuaded Obama to avoid the meltdown of the Syrian state, even at the cost of keeping Assad in a post-war transitional government.

Instead, in a series of quick-fire tactical moves, Putin is fashioning a strategic disaster for Russia. With the cancellation of the agreement to destroy plutonium, he has plunged Russian relations with America to its lowest levels of mutual trust since Andropov, certainly to the pre-perestroika days of Gorbachev.

A winner-take-all mentality in post-cold war America and its Nato allies has undoubtedly played its part. Nato is not the innocent victim of Putin’s nationalist revivalism. It is one of the well springs of it. But post-communist Russia is not even a shadow of the world power the Soviet Union once was. For most of his presidency, Putin has used military force reflexively and out of weakness, not strategically out of strength. There is only one military force which can function and sustain itself as a global power, that belongs to whomever sits down next in the Oval Office.

Putin may think this is an excellent time for a bloodbath in Aleppo. Obama, who defined his presidency on withdrawal from foreign intervention, has not the will, nor the time left to resist. It will be months before a new president is elected, and if, as Russia fears, that new president will be Hillary Clinton, then Putin may well calculate that he has a window of opportunity in Syria which will shortly close.

Strategically, neither Russia, nor Iran, nor a rump sectarian regime in Damascus that has fought a war which has killed up to 470,000 of it own citizens and caused 4.8 million to flee can prevail in a country with a Sunni majority, backed by two regional powers in Turkey and Saudi.

How and where Putin returns to Geneva is a matter for him. But if he thinks beyond the next tactical master stroke, he may well come to the conclusion that the worst thing that could happen to Russia is if east Aleppo fell. It would not be the end of five and a half years, but the start of another five and a half years.

Photo: Russian President Vladimir Putin arrives to meet with US Secretary of State John Kerry at the Kremlin in Moscow on 24 March 2016 (AFP) 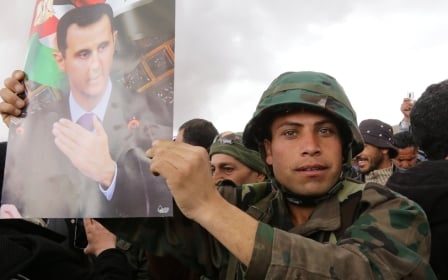 Syria War
Putin, Trump and refugees: A nightmare to which we may awaken
Michael Millard