How Israel is trying to expel Palestinians from Gaza Israeli officials recently admitted what they have really been aiming to achieve through the inhumane, 13-year siege of Gaza.

The blockade has not been imposed for security reasons, or to punish a specific Palestinian faction. Rather, it is part of an ongoing process of “more land, less Arabs,” initiated by Zionist gangs to expel and displace the indigenous people of Palestine.

According to a report last week in Ynet News, a government source acknowledged that Israel has sought to push Palestinians to leave Gaza, noting that “attempts have been made” to persuade “certain nations” to take in Palestinians, but the attempts failed.

The source revealed that the Israeli government was even willing “to arrange transportation” for Palestinians wishing to leave the Gaza Strip, “at least to one of the airports in the Negev”.

In an interview with Army Radio, Israeli politician Ayelet Shaked criticised measures taken by the Israeli government and army to deny Gaza’s population an exit from the blockaded territory, stressing that she supported their departure. Shaked noted that Gaza has been experiencing a population explosion and extreme overcrowding, and that it was time for Israel to allow them to leave the country.

These statements of sudden empathy for Gaza’s tragic reality ignore several facts: that around two-thirds of Gaza’s Palestinians are refugees, whose grandparents were expelled by Israel from their villages in 1948, and that Gaza’s overpopulation would have been much less damaging if Israel did not further occupy a third of the territory in the so-called “buffer zone”.

The statements also disregard the fact that Gaza’s humanitarian crisis is the result of Israel’s decision to close Gaza’s crossings, restrict the movement of individuals and goods, and prevent real economic development in the territory.

Instead of being implicit, Israel’s strategic goal to empty Palestine of its indigenous population has become explicit.

Israel’s desire for more land was never curbed, continuing to expand as it occupied the West Bank, the Gaza Strip, Egypt’s Sinai and Syria’s Golan Heights in 1967. Israel later seized control of southern Lebanon in 1982.

While Israel was ultimately forced to withdraw from the Sinai and Lebanon’s south, it continues to occupy the Golan Heights and the West Bank while keeping Gaza under blockade. According to data from B’Tselem, Israel established more than 200 illegal settlements in the West Bank, including East Jerusalem, between 1967 and 2017, housing 620,000 settlers.

This past March, US President Donald Trump signed a declaration recognising Israel’s annexation of Syria’s Golan Heights. Expressing gratitude for the US bias towards Israel, Prime Minister Benjamin Netanyahu named a settlement in the Golan Heights after Trump.

Israel has revealed its intentions to annex Area C, which comprises 60 percent of the West Bank. It is simultaneously working to get rid of as many Palestinians as it can, including through the Absentee Property Law, which transfers housing owned by Palestinian refugees to the state - which then gives it to Jewish immigrants. 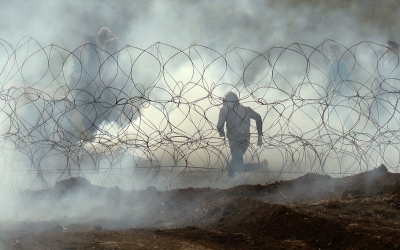 “Demographic threat” is one of the most widely used terms in Israel’s academic and political space, reflecting Israel’s perception of Palestinians as a threat to its character as a Jewish state. In this context, we can understand Israel’s refusal to withdraw from the Jordan Valley, as this would give Palestinians direct physical contact with Jordan, potentially allowing thousands of refugees to return to the West Bank and to disrupt Israel’s settler-colonial presence.

Israel’s strategic objective in Gaza is justified by the logic of the “demographic threat,” whereby Palestinians are seen as a “ticking time bomb”. This perception speaks to Israel’s deeply embedded racism and discrimination against Palestinians.

The admission by Israeli officials of their goal to push Palestinians to leave Gaza only compounds Israel’s crimes against the two million Palestinian civilians living there. The first crime is the collective punishment they have endured for more than a decade; the second is Israel’s intention to displace them yet again. 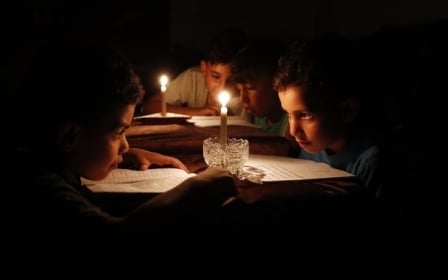