How the Israeli education system has failed Mizrahi Jews 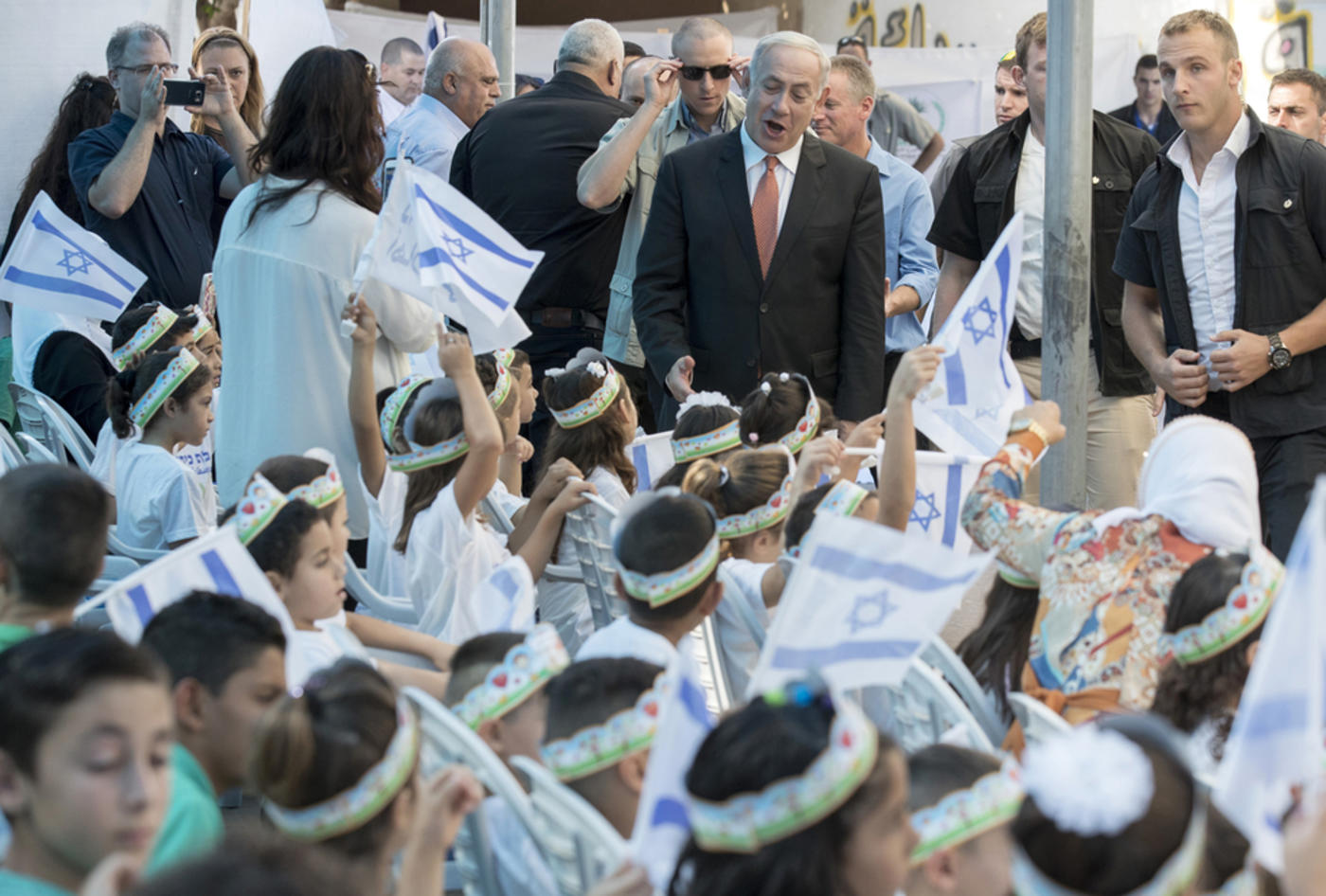 The school year in Israel opens on 1 September. One subject rarely, if ever, discussed in Israel’s public discourse is the ethnic-racist character of the Israeli educational system. Since the country’s founding, high schools have been divided into academic and trade tracks. Trade schools provide vocational education at the conclusion of which a student is meant to have gained a trade but has not earned a matriculation certificate enabling her or him to go on to university.

At the academic high schools, meanwhile, the student sits for matriculation examinations and, with adequate results, can then continue her or his education at the post-secondary level.

This kind of division into vocational versus academic education is controversial from a pedagogical standpoint, but in Israel the issue is especially contentious. During the decades since the mass immigration of Jews from Arab and Islamic countries to Israel, the Israeli educational establishment operates on the assumption that most of those students are not capable, from a cognitive standpoint, of any excellence in academic subjects like history, literature, biology or physics. They are deemed more suited to vocational subjects preparing them to work as auto mechanics or electricians (for young men) or in fashion or as typists (for young women).

The pronouncements from senior education ministry officials in the old days were really racist. In 1945, Eliezer Rieger, a vocational education official and later director-general of the ministry of education, spoke of the necessary separation between Mizrahi and Ashkenazi pupils in the schools: “Pursuit of a prevocational track should be a blessing for Mizrahi students, since… children from Mizrahi families, or at least many of them, are not capable of abstract learning and will not profit very much from study that is not practical in nature.”

At the end of the 1950s, ministry director-general Yaakov Sarid said that “to some extent we must erect a barrier against the abnormal assault on the academic high schools by all of the primary school graduates”. In other words, the communities that arrived in Israel from the Arab and Islamic countries wanted their children to attend high schools that offered an academic future, but the education ministry prevented them, on purpose.

Frequently, when the subject of discrimination and racism toward Mizrahi Jews comes up for discussion in Israel, many people contend that it’s no longer an issue. “The ethnic demon,” they call it, as if the whole thing is a figment of people’s imagination rather than a political and social reality. Meantime studies are still proving that there is segregation in Israeli schooling based on the same ethnic-racist assumptions as before.

The Adva Center, which researches issues of equality and social justice in Israel, recently reported new data showing that in 43 so-called development towns, where most residents are Mizrahi, vocational high schools predominate, compared with socioeconomically better off communities where academic high schools predominate. Consequently the percentage of Mizrahi academics in Israel remains low: just 8 percent of tenured lecturers in the public universities are Mizrahi, a drastically lower proportion than their percentage of the population.

The implications of this policy are, in my judgement, far reaching. In a society with clear ethnic characteristics, engaged in a national conflict, it is important to understand the reality that produces this policy toward such a significant sector of the population.

Most Mizrahi Israelis are openly disgusted with the parties comprising what is known as the Israeli left: Labor, Meretz and Hadash

First of all, since the 1970s, most Mizrahi Israelis vote right-wing, openly disgusted with the parties comprising what is known as the Israeli left: Labor, Meretz and Hadash. These are the parties of some of the old Ashkenazi elites, founders of the state. From a Mizrahi standpoint in Israel, evidently with good cause, these parties and the left as a movement do not work for justice, but rather are responsible for the creation of a racist and discriminatory establishment.

This is true not just with respect to segregation in education as noted earlier, but also regarding a series of other realms: inequitable distribution of resources between Mizrahi development towns and the mostly Ashkenazi regional councils; actual crimes against Mizrahis, like the abduction of children and coerced medical experimentation; exclusion from the centres of power and decision-making in influential organisations and agencies; and the nearly complete erasure, both from budgets and from the public space, of Arab culture – the culture that also belongs to the Jews who emigrated from Arab and Islamic countries.

Thus a significant ethnic group in Israel feels only revulsion for the Israeli left and what it represents itself as promoting: social justice, human rights, the aspiration for peace, political tolerance, and so on. The power of the right wing and of nationalism in Israel is in no small measure a historical outcome of the behaviour of successive generations of the Israeli left.

Secondly, it is worth a closer look at the overall situation in which the Israeli establishment placed Mizrahis. From an identity standpoint, the educational system does not acknowledge them as people with the potential to develop. Moreover the system also completely excludes from the curriculum the history of Mizrahi families in Arab and Islamic countries, attempting thereby to nullify their connection to Arab culture.

Currently an attempt is underway to rectify this, through the Biton Committee’s recommendation to introduce Mizrahi content into the educational system, but the damage has already been done.

From a cultural and identity standpoint, many Mizrahis grew up in a vacuum, with the result that many have chosen to embrace right wing, even ultra-nationalist, positions that emphasise the collective Jewish identity in the context of the conflict with the Palestinians – notwithstanding that it is an identity that completely ignores the history of Mizrahi Jewish communities in Arab countries.

Many Mizrahis grew up in a vacuum, with the result that many have chosen to embrace right wing, even ultra-nationalist, positions

From a socioeconomic standpoint, when that same “vocation” learned in high school is later found to be worthless, empty of content, most Mizrahis find themselves opting for the army career, the prison service or the security field in some capacity. So while there is an Ashkenazi majority in academia and in the human rights organisations that ostensibly challenge the establishment, Mizrahis are obliged to join the establishment and serve in its institutions in order to make a decent living.

Silence of the left

Why then is this subject, critical as it is, so silenced? The right wing in Israel is not very engaged with the issue of whether the educational system is egalitarian or not. Its security-fixated agenda makes room for very little apart from security-related concerns, frequently exaggerated, in an attempt to forge a united Jewish collective against the “dangers” that loom.

Let’s not forget Prime Minister Netanyahu’s outcry on election day that “the Arabs are going to the polls in droves,” the meaning of which for Jewish Israelis is that they must unite against this threat.

But why doesn’t the left wing, which talks so often of social justice, equality and human rights, deal with this issue? The answer is that the left in Israel doesn’t address internal Jewish ethnic issues at all, certainly not the excess rights and privileges of Ashkenazi Israel. Nothing of this appears in the formal platforms of the left-wing parties and I cannot recall even one statement on the subject by members of Knesset from the left. Thus we have an absurd situation in which the same people who ostensibly oppose the regime and criticise it, are also the ones who profit from it with favourable treatment for their children in the educational system, undoubtedly a most important perk.

The Israeli left has failed time and again to expand its ranks among the broader public, but it doesn’t seriously ask itself why. Maybe the educational system is a good place for such an assessment to begin.

Photo: Israeli Prime Minister Benjamin Netanyahu (C) speaks to Arab-Israeli students during a visit to the Tamra Ha'emek public elementary school on the first day of the school year, in the northern Arab-Israeli town of Tamra, on 1 September 2016. (AFP) 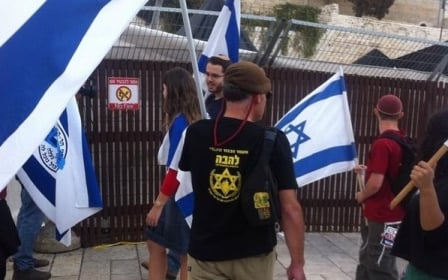