An inconvenient truth: IS draws on Islamic sources for its inspiration 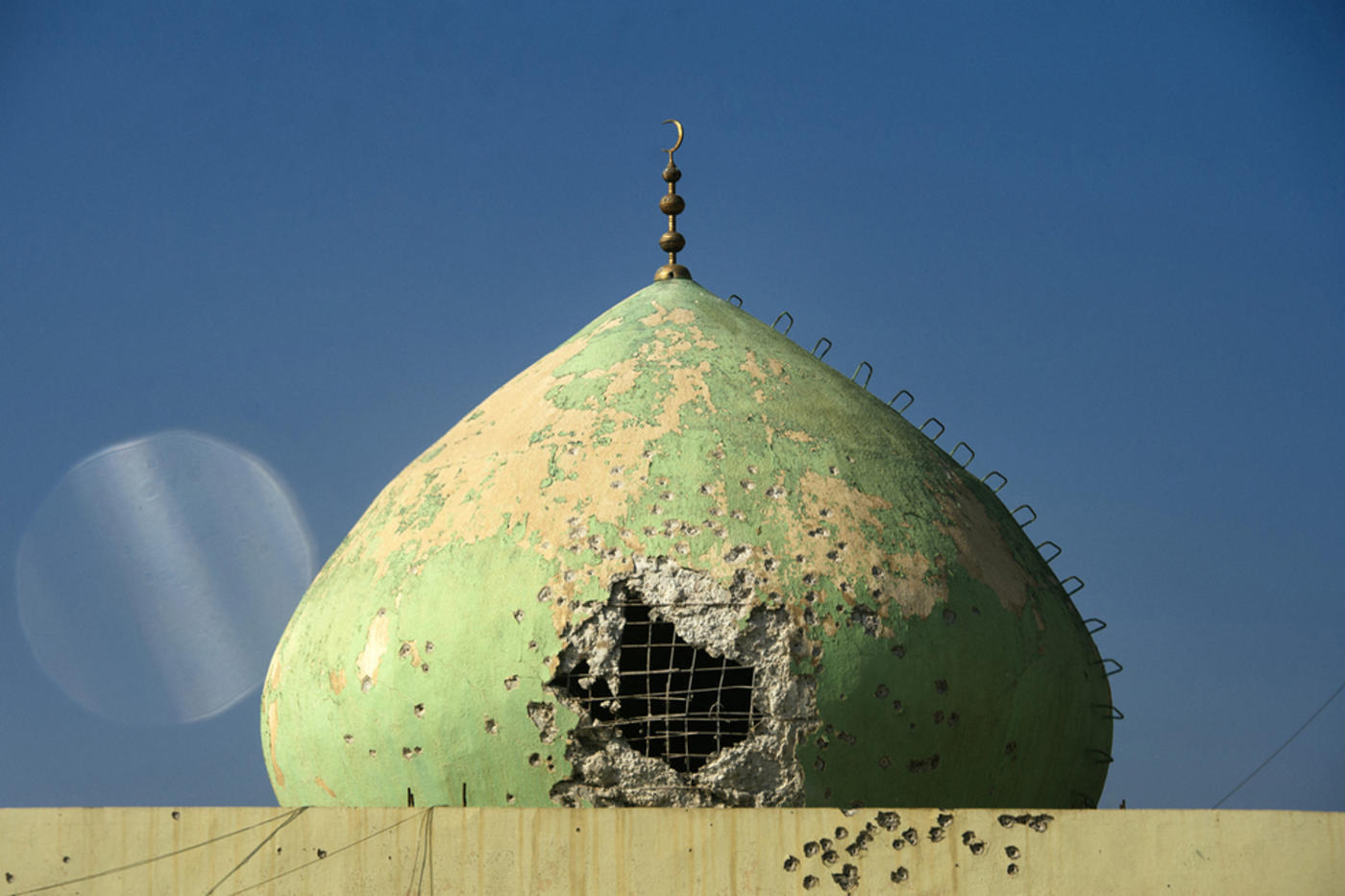 Peter Oborne’s rebuttal of Tom Holland’s documentary on Islamic State (IS) identifies a controversial contention at the heart of his account. According to Oborne, the documentary argues that "the extreme violence of self-proclaimed IS should be interpreted in significant ways as a manifestation of Islam itself" and "states that IS atrocities are directly inspired by the teachings of Islamic holy scripture".

No, Channel 4: Islam is not responsible for the Islamic State
Read More »

This line, he argues, takes IS’s propaganda at face value when it is, in fact, a distortion. Quoting Der Spiegel’s Christoph Reuter, Oborne contends that faith is just a means to an end for IS: "Islamic State's only constant maxim is the expansion of power at any price."

Oborne’s objection is that Holland vindicates IS’s claim to be a legitimate representative of Islam, which contradicts the "vast majority of serious scholars who dispute this and insist that Islam is a religion of peace". I do not seek to discuss Holland’s documentary here per se, but to critique the way that Oborne seeks to define what Islam is.

Oborne makes interesting points about some of the omissions in Holland’s documentary, namely the recruitment of Baathist army officers into IS and the Wahhabi origins of much of IS ideology. But I’m not sure that the origins of some personnel in the Baath party precludes them also finding a jihadist ideology appealing.

IS’s own literature, which it uses to recruit new members, speaks of its creation of a fertile utopia in which a religious law is strictly applied; of the imminent approach of the apocalypse and of the triumph over infidels and false Muslims, rooted in stories of the conquests of the Prophet and his Companions.

I find it a stretch of the imagination to presume that IS is simply the creation of Baathists who will seek power in any guise and at any cost: the very fact that they would seek a showdown with "the West" implies belief in their own apocalyptic propaganda.

This Wahhabist link surely points to the uncomfortable truth that Oborne is trying to ignore, namely that IS does draw on a strand of Islamic thought

Oborne is right to stress Wahhabi links to IS and to criticise the short-sighted support of Britain and the US for Saudi Arabia. But this Wahhabist link surely points to the uncomfortable truth that Oborne is trying to ignore, namely that IS does draw on a strand of Islamic thought.

Needless to say, this has led to horrific results and is a highly selective reading of Islamic tradition. But all readings of voluminous traditions rooted in events in the 7th century by 21st-century exegeses are necessarily selective. There is considerable disagreement among Muslim interpreters of scripture on which verses of Quran pertain only to the time of Muhammad, and not to the present day, and which texts can be used to help us understand the Quran’s many ambiguities.

Oborne offers a comparison to the Christian situation and denies that it would be fair to construct an image of Christian violence based on a selective reading of Christian history and scripture. He asks if violence in the Old Testament, the Crusades and Srebrenica can be linked together to illustrate a genealogy of thought. But here again I think he ducks the question: they do indeed illustrate one strand of Christian thought.

It too is horrific and based on a selective reading of texts, but our response should be to ask Christians to acknowledge this and to re-examine how they interpret scripture, rather than to ignore it. The soul searching that occurred in Protestant theology after the Holocaust is a case in point (though perhaps it did not go far enough). It is not unreasonable to hope that the actions of IS might prompt a similar endeavour among Muslims.

IS’s presentation of eternal conquest, the humiliation of non-believers and the creation of a utopia channels pre-existing ideas and attachments among Sunni populations

Oborne seems to assume that there is one thing called Islam that is rooted in the actions and speech of Muhammad and that it this represents an unchanging core. He claims to know what Islam is: "a religion of peace". To be sure, the majority of contemporary Islamic scholars agree. But we should not fall into the trap of letting any one perspective, whether IS, or Oborne, or the scholars he cites, decide what is or is not a real or authentic Islam.

To accept Islam as authoritatively defined by contemporary scholars is to allow inconvenient aspects of the past to be hidden, but it does not confront them. One idea that the debate around IS has so far lacked is the role of pre-propaganda.

IS’s presentation of eternal conquest, the humiliation of non-believers and the creation of a utopia channels pre-existing ideas and attachments among Sunni populations. The idea of a divinely mandated conquest is perhaps the strongest of these. When I lived in Damascus you could buy vividly illustrated stories of conquest from the biography of the Prophet and his Companions, clearly aimed at children. And similar stories and YouTube videos are readily available for Anglophone audiences on the internet.

These narratives describe a world of ideal Muslims, who pray and fight together to build a perfect state. They exemplify fortitude, courage, intelligence and loyalty. Belief is indicated by a willingness to fight and the manner of death. They are united in their wish to punish those who harm or humiliate their fellow Muslims, and non-Muslims tend to be untrustworthy. The fortune of the umma (and the territory it controls) is to be praised above all else.

These are not the narratives of IS, but a common part of the education of young Sunni Muslims (Shia attitudes to the Companions are more complex) that IS seeks to appeal to and exaggerate. Some, of course, may read these stories with greater interest in the moral qualities of the heroes of this literature, but this is very hard to disentangle from the military context.

In the light of Oborne’s comments, it is also worth stressing that this is an authentic literature, in the sense that it is rooted in early Islamic sources: the earliest biographies of Muhammad were simply known as maghazi, the raids. It is also the kind of literature that builds a Muslim identity and explains why the Middle East is mostly Muslim. For most readers, this literature will precede any knowledge of the Quran or the sunna. The fact that the Quran is so ambiguous and without context means that these kinds of stories of conquest will provide the framework through which the Quran is read and through which Islam is defined.

I am not arguing here that Muslims, in general, approve of religious violence or that IS, or any other movement constitutes the real and authentic Islam. But I do think that we should recognise that the 7th-century histories of conquest circulate widely and purport to describe real events. The attitude towards Muhammad as a perfect human being, and of the Companions as the transmitters of his message, makes it hard for Sunni Muslims to distance themselves from these examples.

Nevertheless, an honest admission of the links between these violent and divisive narratives and the attraction of groups like IS is a thing we should all hope for. As the historian Yohanan Friedmann put it, "modern Muslims might instead admit that such elements exist, while at the same time exercising their power to reject these and embrace the more tolerant and liberal principles of their tradition".

- Dr Philip Wood is a historian of the medieval Middle East and the Caliphate and he holds an Associate Professorship at Aga Khan University, Institute for the Study of Muslim Civilisations. He has a doctorate from Oxford and taught at Cambridge and SOAS. He also studied Arabic and Syriac in Damascus. He is currently researching the reception and teaching of early Islamic history in contemporary Britain. He has published with Open Democracy, Integration Hub, REOnline and politics.co.uk. Twitter @DrPhilipWood.

Image: A picture taken on 19 January 2017, shows a mosque in Mosul's al-Andalus neighbourhood that was damaged during a battle between government forces and Islamic State (IS) group militants. (AFP)